Is ‘Too Close to Home’ Canceled? 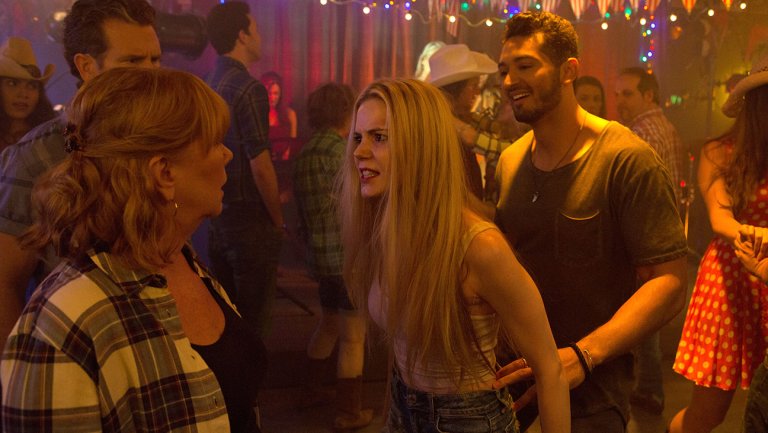 Ah, scandals! Don’t we all love those? Juicy bits of gossip about important people and celebrities are what fuels tabloid news. They are a form of guilty pleasure so popular, that there is a television series titled ‘Scandal’ (creative much?). TLC’s first scripted TV show, ‘Too Close to Home’ feeds this attraction of ours by portraying a scandal revolving around the most important man in the country, the President. Moreover, it depicts the most scandalous type of scandals, that is, a sex scandal.

If you think about it, the show’s premise isn’t too far-fetched (remember Clinton?). It follows Anna, a young, middle-class woman who works in the White House. However, after getting into an affair with the POTUS, she finds herself garnering too much media and public attention when it becomes a sex scandal. The scandal completely disrupts her life and Anna chooses to return to her normal, old, low-key life. However, her attempts at leading a regular life get interrupted due to powerful people from Washington looking for her, and the unspeakable conflicts of her small town’s residents.

‘Too Close to Home’ is produced, written and created by Tyler Perry, an extremely influential and successful African-American in the media industry. As a matter of fact, Perry was the entertainment business’s highest-paid man in 2011, according to Forbes Magazine. Danielle Savre from ‘Kaya’ and ‘Boogeyman 2’ plays Anna, while Brock O’Hurn essays the character of her ex-lover.

The show is not critically acclaimed (or even moderately appreciated) by a large margin. Yet, it has managed to attract a loyal fan-base thanks to its over-the-top story-lines and melodramatic nature. While the series has been pulled up on several occasions for its characters’ unnatural reactions, it retains a highly unpredictable nature because of that reason, shocking viewers who cannot stop watching it due to its twists and turns.

Too Close to Home Season 3 Release Date: Cancelled or Renewed

Those who followed the show, despite its many flaws, will have to bid adieu to it. There will not be a third season and this was confirmed by a spokesperson from TLC. Moreover, the series has very little chance of being picked up by another network for a revival as it was only mediocrely successful, and definitely not one that can boast of great quality.

The news might also be more surprising to fans as the second season ended on a cliffhanger and several questions remain unanswered. In fact, the second season-ending teased a major plot arc that would have been developed had the show returned. It showed Anna getting a call from a secret service agent named Larry. That was followed by the President traveling to Anna’s house to meet her. That was where the series ended. Unfortunately, fans will never know the reason for the President’s visit.

Furthermore, as stated earlier, the show did witness an increase in viewership with its second season. Its ratings jumped from 0.19 to 0.31. The first season had only 713,000 viewers in comparison.

While ‘Too Close to Home’ might have been of poor quality, it does not lessen the disappointment of watching an unfinished story. It’s like an itch that cannot be scratched and, in my opinion, worse than a bad ending. Sadly, the show remains canceled and audiences will be forced to look for another scandal to feed their urges (hopefully one that has chances of resolution).