Too Hot to Handle Season 3: Everything We Know 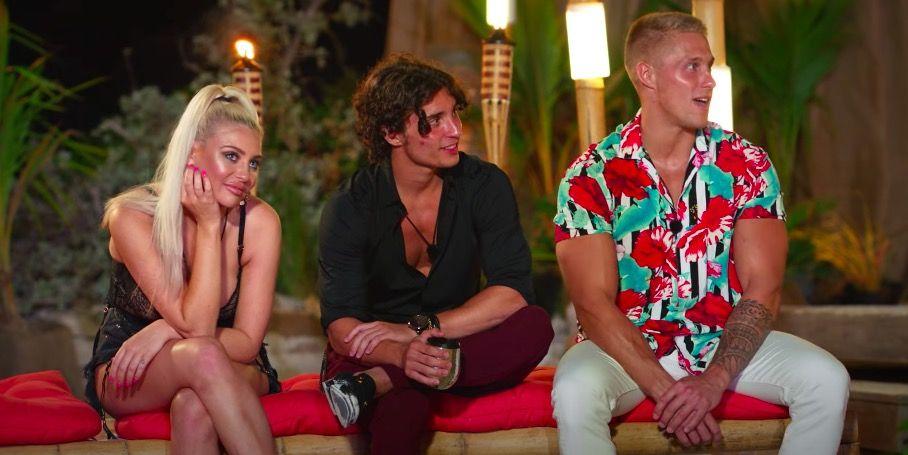 ‘Too Hot to Handle’ is a dating game series created by Laura Gibson and Charlie Bennett. The show revolves around gorgeous singles who spend a few weeks together in an exotic location. During their time there, they must go through various fun workshops but cannot engage in kissing, sex, or anything in between. If they finish their journey while following the rules, they collectively win a cash prize of $100,000.The reality series originally released on April 17, 2020.

Even though the show has been heavily criticized by experts, it has become a hot favorite among the viewers. The show ranked as one of the most-watched Netflix original series of all time, garnering north of 50 million viewers. It topped the charts in multiple countries, including France, Germany, Italy, India, Japan, and Brazil, to name a few. For the viewers clamoring for the third season, we’ve got news for you!

As for the third season, you would be delighted to know that Netflix ordered season 3 at the same time as the second season’s renewal. Netflix’s Vice President of Unscripted Originals & Acquisitions, Brandon Riegg, told Variety, “The secret is out — we’re thrilled to bring back ‘Too Hot to Handle’ for two new seasons in a tropical paradise. Netflix members around the world fell in love with the hilarious antics of season one, and now fans won’t have to wait long to see our new contestants try (and fail) to follow Lana’s strict rules with plenty of twists and surprises along the way.”

The early renewal helped the production team stay ahead of the timelines for season 3. In January 2021, it was announced that seasons 2 and 3 were being filmed concurrently, which means that the third cycle has already wrapped up filming. The two seasons were reportedly taped under the title, ‘Parties In Paradise,’ in the Turks and Caicos Islands. Sources revealed that the show adopted some behind-the-scenes changes to deal with the double season order. They filmed as a co-production between two outfits of Fremantle, namely Thames and Talkback. Despite the season having finished filming, it is unclear whether the third season will premiere in 2021 or 2022. Since season 2 arrived after a gap of more than a year, we believe season 3 might follow suit. In that case, we can expect ‘Too Hot to Handle’ season 3 to release sometime in Spring or Summer 2022.

If you are wondering whether there will be more installments in the future, here is the deal. The success of the show is evident, but the pandemic has thrown a spanner in the plans for most productions. Additionally, the production team has gone to great lengths to ensure that the participants did not know what they were filming till the last minute. This helped to keep any sort of pre-planning or preparation to a minimum. If it already announced new seasons and began casting, that might be a giveaway. For these reasons, Netflix is taking it one step (or two seasons) at a time.

Too Hot to Handle Season 3 Cast: Who can be in it?

The cast for the upcoming season has not been formally announced, but we can count on Desiree Burch to return as the narrator. The cone-shaped virtual host Lana is likely to resume her duties to guide the contestants and entertain the audiences with her sarcastic remarks. However, three supposed cast members of season 3, Matthew Mawhinney, Harry Johnson, and Beaux Greenslade, came to light for the wrong reasons. It was reported that they misbehaved with the flight crew while returning to the UK after filming. However, we hope to learn about the cast lineup soon.

What Can Too Hot to Handle Season 3 be About?

In the series, attractive single young adults are put together to mingle and explore relationships. But they are not allowed to engage in any sexual activity because the point is to develop deeper connections with people. The virtual host, Lana, conducts workshops with these individuals and helps them work on the things that have kept them from having meaningful relationships in the past.

Drama and sexual tension are at the core of the show. The deal is that the contestants have the opportunity to win $100,000 as a group, but anytime people break the rules and do anything sexual in nature, the prize pot reduces. In season 2, Cam and Emily cost the group the most amount of money, that is $15,000. Ultimately, Marvin Anthony was declared the winner and walked home with $55,000. Therefore, the third season will follow the same rule of abstaining from sex, which is the basic premise of the series. There might also be some changes to the format and possibly to the prize amount as well.