Is Too Old To Die Young Season 2 Cancelled? 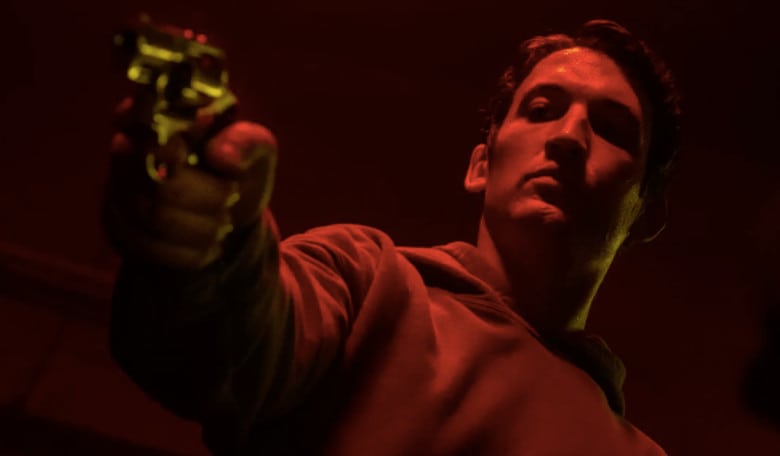 Nicolas Winding Refn remains a controversial figure in the world of cinema. The Danish filmmaker has been branded as arrogant, eccentric, and self-absorbed, but there’s also acquiescence on his prodigal talents as a filmmaker. Some of his best works include the neo-noir film ‘Drive’ and the excellent psychological horror, ‘The Neon Demon‘.

When the filmmaker turned his attention to television, perhaps recognizing the emergence of shows as the newest and biggest form of entertainment in the present age that might soon eclipse movies, everyone took notice. ‘Too Old to Die Young’ is made for TV crime show written by Refn with Ed Brubaker. The latter is a six-time Eisner Award winner, which is the equivalent of the Oscars in the comic-book industry. Brubaker has worked on reputed comics like ‘Daredevil’, ‘Batman’, and ‘Captain America’.

The first season of Too Old To Die Young premiered on June 10, 2019, on Amazon Video. Unfortunately, the show wasn’t received well, which led to Amazon cancelling the show. So, does that mean, there will not be Too Old to Die season 2? Here’s everything we know.

Too Old To Die Young Cast: Who is in it?

The cast of ‘Too Old to Die Young’ is led by Miles Teller. The baby-faced actor is surely one of the rising stars. Right from his nominated work in ‘Whiplash‘, to his starring role in biographical-drama ’13 Strong’, Teller brings a lot to the series. He plays Martin, a character described as “a police officer entangled in the world of assassins.” The LA cop is bound to remind Refn fans of Ryan Gosling’s performance as an implacable wheelman in ‘Drive’.

Other notable cast members include Billy Baldwin of ‘Internal Affairs‘ fame. John Hawkes of ‘Deadwood‘ fame appears in the role of Viggo, a fellow freelance avenger that Martin comes across. Jena Malone plays the role of Diana, who appears to have an agenda of her own. Nell Tiger Free, best known for playing the part of Myrcella Baratheon in Seasons 5 and 6 of ‘Game of Thrones‘ appears in the role of Janey, the teenage daughter of a billionaire who has a dodgy affair with Martin. Baldwin plays the role of her doting father.

There are several other supporting cast members like Babs Olusanmokun who plays Damian, a criminal who uses Martin’s services and gives him the names of lowlifes that he can eliminate. Augusto Aguilera plays Jesus, a budding drug kingpin in the San Fernando Valley.

Too Old To Die Young Plot: What is it about?

The show follows “a grieving police officer who, along with the man who shot his partner, finds himself in an underworld filled with working-class hit men, Yakuza soldiers, cartel assassins sent from Mexico, Russian mafia captains and gangs of teen killers.” Equipped with vivid, manipulative imagery, Refn’s works are often powered by an underlying sense of sadness and misery of the lead characters. His distinguished set of films often explores the metaphysical and psychological aspects of the humankind reverie. All of this is evident in his series, as are the influences of directors like David Lynch and Quentin Tarantino, though the show separates itself tonally by eschewing the twisted romance or empathy that is categorical of the former and the black comedy or humor that we have come to expect from the latter.

The Guardian had this to say about the show, “The show is every bit as hypnotically horrible and upsetting as you would expect, with terse lines, tense pauses, dead-eyed glares, all conducted at the andante pace of a zombie continuing to move after being shot – and delivering a doomy, sepulchral, and very plausible evocation of pure evil. Despite its occasional forays into the fierce sunshine of California and New Mexico, this is a creature of the night, lit by neon, an underworld of madness and fear.”

Perhaps a more philosophical question that must be asked of the series is how far can we tolerate violence for the sake of violence in art, and at what point does it become a little too self-indulgent. Refn’s latest offering seems to cross the line a little too often, with his protagonist often doing little else except for participating in assassinations and acts of sadism. When he is not, he partakes in long lengths of silence.

After months of anticipation, ‘Too Old To Die Young’ Season 1 premiered on June 10, 2019, on the streaming platform Amazon Prime.

As far as the next season goes, we have bad news for the fans. On July 27, 2019, Amazon announced the cancellation of the show. Given the tepid response the first season received, it was expected that ‘Too Old To Die Young’ Season 2 would get cancelled. Of course, there’s always a slim chance that some other network picks up the show and revives it, but considering the dark nature of the show that also seems unlikely.

Too Old To Die Young Trailer:

You can check out the dark and explosive trailer for Season 1 of ‘Too Old to Die Young’ below.