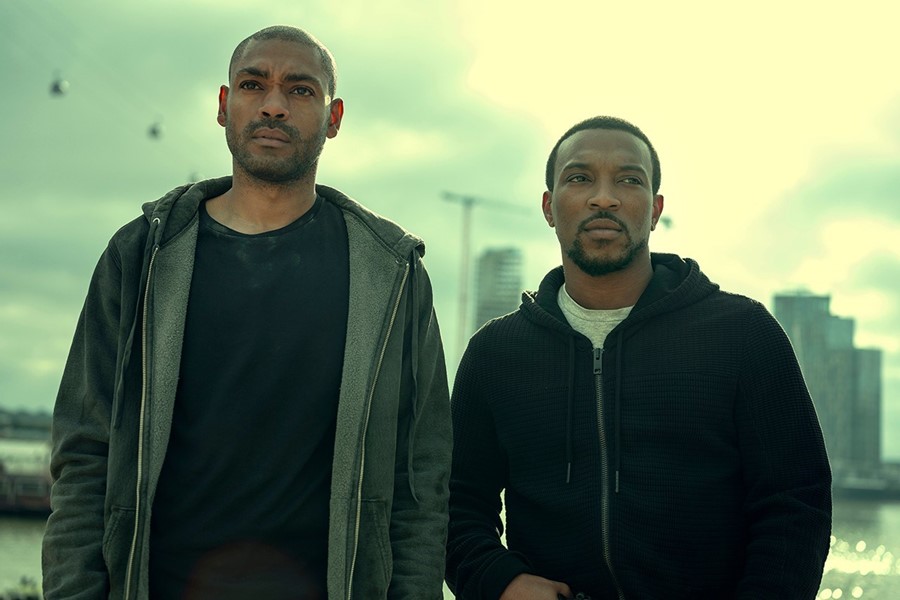 ‘Top Boy’, the cult-favorite, British crime drama series, originally premiered on Channel 4 in the UK in 2011. Written and created by Ronan Bennett, it credits Yann Demange and Jonathan van Tulleken as the directors. The story revolves around the events that take place in the fictional Summerhouse housing estate, located in Hackney, East London. It revolves around a group of locales involved in drug peddling and street gang wars in and around the vicinity.

While the first season of original ‘Top Boy’ aired on Channel 4 from October 31 to November 3, 2011, the second season debuted on August 20, 2013 — each comprising four episodes each. However, even after positive reviews, the show was dropped by the network. Almost after half a decade, Drake, after being drawn to the series while watching it on YouTube, collaborated with Netflix to revive it for yet another season. The Canadian rapper and Adel Nur serve as executive producers for the reboot, which sees most of the original writing and directing team members making a comeback.

Top Boy Cast: Who is in it?

All the main cast members are expected to come back for season 2, if the show is renewed.

Top Boy Plot: What is it about?

The story of ‘Top Boy’ begins by introducing us to Ra’Nell, who needs to struggle while navigating a dangerous, crime-packed life with his mother Lisa being admitted to a mental hospital. Additionally, it follows the journey of two local drug dealers and rivals Dushane and Sully, attempting to climb the ranks and control the rising business. Along the way, they must also take several tough decisions — not only to stay alive but also to succeed in their venture. As the episodes progress, we witness Dushane facing and dealing with repercussions of his acts while attempting to stay a step ahead of Sully. On the other hand, after Ra’Nell’s mother is released from the mental facility, she tries to rebuild her life. By the end of season 2, we meet an abuse victim and survivor Jason, struggling to make a living in a world filled with violence and drugs.

The ‘Top Boy’ reboot picks up the threads from where the second season’s finale left off. We saw Sully being apprehended and taken to prison. Dushane was on the run, waiting for the effect of the past events to calm down. At the beginning of the third season, the duo returns to Summerhouse estate, where it had all begun in the first place. Dushane is hell-bent on reclaiming his position as the leader of the local drug market. In order to further his ambition, he is compelled to join hands with Sully, who is attempting to make a comeback after his stint in prison.

However, their little empire has changed since they were last in charge. They need to tackle Jamie, a newcomer and a young, ruthless gang leader, who also aspires to be the top boy. Dushane and Sully now need to battle against all odds so as to reclaim their old titles. Packed with danger, violence, and brutality, just like its predecessors, the rebooted version of ‘Top Boy’ brings in the same dose of unflinching brutality that rules street gang wars and drug trade.

As per star Ashley Walters, “Top Boy is a raw, real representation of street culture. It explores how these characters came to make the choices they make and gives the audience a behind-the-scenes look as to what is happening on our streets today. It needs to be talked about and the show doesn’t shy away from giving us the platform to tell our story.”

Top Boy Season 2 Release Date: When will it premiere?

The rebooted version of ‘Top Boy’ or ‘Top Boy’ Season 1 premiered on Netflix on September 13, 2019. All of its 10 episodes were made available to binge on the same date. After already delivering two popular seasons and with Netflix having announced that this is a multi-season deal, we can expect the show to go on for a while. According to Ashley Walters, Netflix is the “perfect platform” for the series. This is what he had to say: “We can’t change things if we do not acknowledge it and understand it first. Netflix is the perfect platform for this show, there aren’t many networks who would be brave enough to keep it this real.”

‘Top Boy’ Season 2 (or Top Boy Season 4, if you consider the first two seasons also) will most likely premiere in September, 2020. We will update this section as we learn more.

While we wait on the news of the next season of ‘Top Boy’, head over to Netflix to catch all the episodes and trailer of season 1.