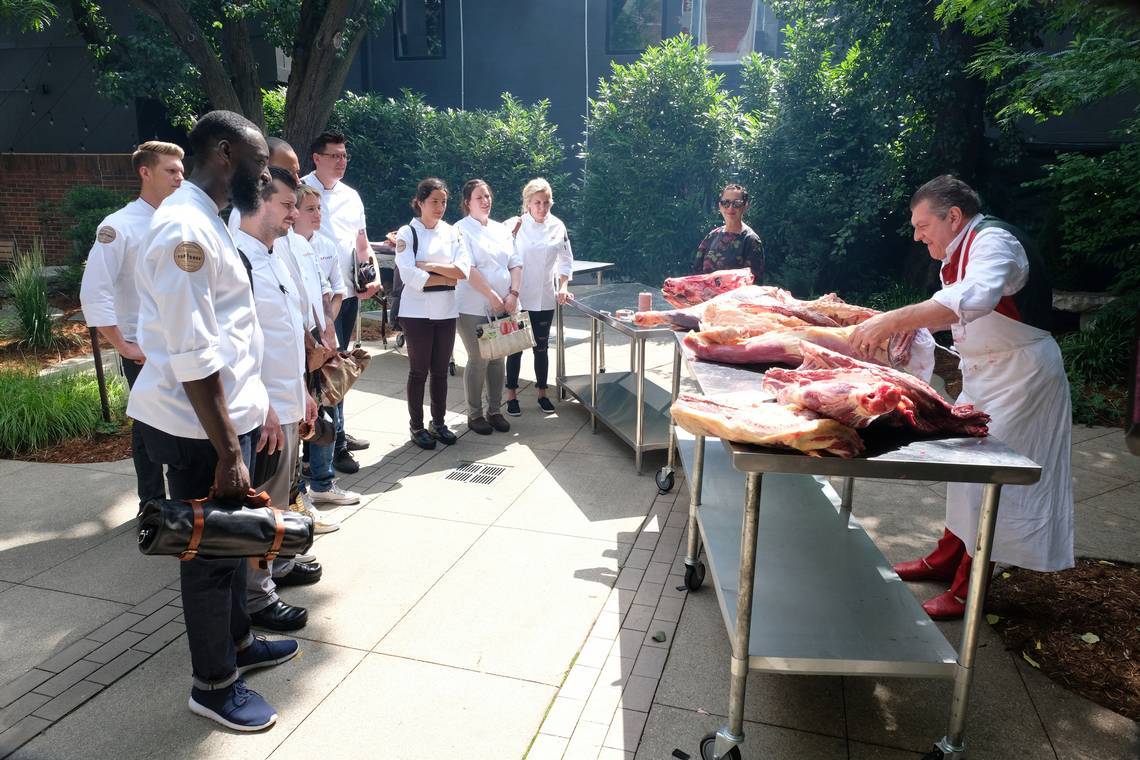 Last week, in ‘Top Chef’ season 17, the cheftestants offered their tribute to the upcoming Olympic Games by preparing a six-course Kaiseki meal. Karen Akunowicz was eliminated and she was pitted against Kevin Gillespie in ‘Last Chance Kitchen’. She lost and had to say her farewell. Meanwhile, Kevin made a comeback by beating two more chefs and appeared in this week’s challenge. Now, keeping aside the events of the last episode, let’s get ready for another power-packed week. Read on to know everything about ‘Top Chef’ Season 17 Episode 12.

Top Chef Season 17 Episode 12 Release Date: When Will It Premiere?

In the upcoming episode, titled, ‘Lucca’, “The final five travel to Italy, where the chefs must make an aperitivo for 30 locals from the town of Lucca that pairs perfectly with a Peroni beer; then, they hunt the elusive white truffle which they must use in a dish for a Tuscan food festival.” — according to Bravo.

The guest judge for the first round is the culinary legend, Jonathan Waxman. In the quickfire challenge, the chefs need to serve the judges a memorable airline-themed meal, complete with an appetizer or a salad and a main course. They are also required to place the food in airline trays and need to use ingredients that are available year-round. While Gregory makes chicken and broccolini, Kevin serves Moroccan spiced lamb meatballs. Bryan cooks braised chicken thighs and green goddess salad, Stephanie serves rockfish with warm potato salad, Malarkey makes rosemary pork chop, and Melissa prepares beef curry and tofu salad.

And the winner is Melissa. In the elimination round, the chefs are asked to prepare dishes inspired by Michael McCarty’s Santa Monica. The judges are Jonathan, Roy Yamaguchi, Sang Yoon, Mark Peel, and Brooke Williamson. Stephanie and Gregory take up pasta scallops while Bryan and Kevin prepare duck. Melissa picks up the signature quail dish and Malarkey opts for dual creations. Brian and Gregory land at the bottom. But the chef whose dish does not match the standards at all is the one cooked by Brian. So this week, he is the one packing his knives.