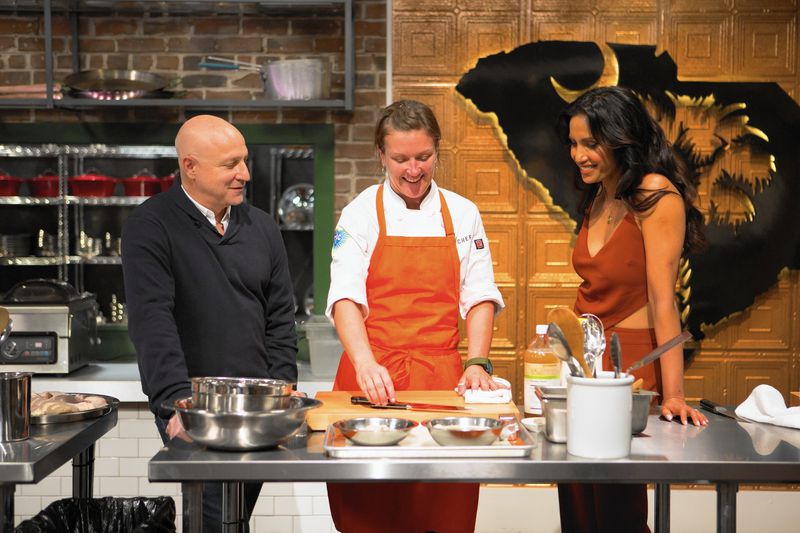 Last week in ‘Top Chef: All-Stars LA’, Kevin Gillespie made a comeback after winning ‘Last Chance Kitchen’ while Brian Malarkey was eliminated. And this week, the quintet heads to Italy to partake in the three-episode finale. Yes, the first part of the Europe-centric finals landed this week! Now, keeping aside the events of the last episode, let’s get ready for another power-packed week. Read on to know everything about ‘Top Chef’ Season 17 Episode 13.

Top Chef Season 17 Episode 13 Release Date: When Will It Premiere?

In the upcoming episode, titled, ‘Parma’, “The chefs are treated to a culinary dream trip to Parma, the legendary home of Parmigiano-Reggiano cheese and Prosciutto di Parma ham; the chefs must feature the ingredients in two courses and serve their dishes to a table of 16 Michelin stars.” — according to Bravo.

Long story short, the cheftestants arrive in Italy and get ready for the quickfire challenge. They head to a site that once held an ancient amphitheater. Here, they need to create the traditional Italian apertivo, a simple dish that goes well with Peroni beer. The chefs are given five stations, all equipped with special ingredients from different parts of Italy. The chefs also need to feed 30 locals, prepare the food in 45 minutes, and the winner earns $10,000.

Kevin steams clams in beer and saffron broth, Melissa cooks mussels and steams them in beer, Stephanie settles on venison teleggio en carrozza, Gregory picks cuttlefish, and Bryan prepares a remoulade and tartare with lamb. Once they serve the locals, Padma declares the ones at the bottom — Bryan and Stephanie — while the winner is Kevin!

The elimination round involves white truffle hunting and cooking a dish with it as the main ingredient. They reach L’imbuto’s kitchen for the challenge. Melissa cooks an Italian-inspired congee with salami and parsley; Bryan prepares braised veal shank, potatoes, chestnuts, and white truffles; and Kevin cooks tripolini onions, braised in beer, vinegar, butter, and truffle. Stephanie picks brown-butter squash mezzaluna with porcini parmesan — with truffles as filling for the pasta. Gregory goes with braised boar and truffle polenta.

At the judges’ table, Bryan and Melissa’s dishes are voted as the best. Gregory, Stephanie, and Kevin land at the bottom three. Finally, the results are announced and the chef going home this week is Gregory.