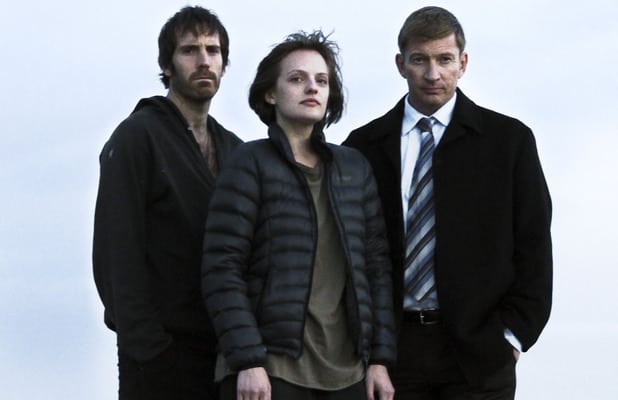 ‘Top of the Lake’ is a mystery drama television series that airs on Sundance Channel in the US, BBC Two in the UK, and BBC UKTV in Australia and New Zealand. Created and written by Academy Award-winning screenwriter Jane Campion and Gerard Lee, the show follows a detective as she delves into mysterious disappearances and deaths of young girls. Notably, the show marks Campion’s first work for television since she directed the 1990 film, ‘An Angel at My Table’.

‘Top of the Lake’ is a relatively old show, and Season 1, consisting of seven episodes, premiered on March 18, 2013. It was received extremely positively by television critics, who praised it for its disturbing atmosphere and powerful performances by the cast members. Subsequently, after a hiatus of four years, the show returned with Season 2, titled, ‘Top of the Lake: China Girl’. Season 2 premiered on July 27, 2017, and was also praised by television critics and viewers alike. Since then, fans have been wondering whether the critically acclaimed show will return for a third season, and here’s everything we know about it thus far.

Top of the Lake Cast: Who is in it?

Being a mystery drama show which focuses on dialogue and characters more than action, ‘Top of the Lake’ has an exhaustive list of cast members. Further, owing to the fact that Seasons 1 and 2 follow different stories, many of the cast members are season-specific.

That being said, one person who has remained a constant in both seasons is Elisabeth Moss in the role of Robin Griffin, a detective who specializes in cases of sexual assault. Apart from Elisabeth, almost all the cast members in the show are season-specific.

If ‘Top of the Lake’ returns for a third season, we can surely expect Elisabeth Moss to make a comeback and reprise her role as Robin Griffin. As for others, it’s difficult to say whether they will return.

Top of the Lake Season 3 Plot: What is it about?

The first season of ‘Top of the Lake’ is set in the rural locale of Paradise in New Zealand, which is also Robin’s hometown. When Robin returns to Paradise to visit her cancer-stricken mother, she gets drawn into an investigation into the disappearance of a 12-year-old pregnant girl, Tui Mitcham, who is the daughter of the local drug lord Matt Mitcham. Despite encountering roadblocks from local police and despite having to deal with the dangerous Mitcham family, Robin gets obsessed with finding Tui, and her search to uncover the truth also leads her to confront some of her own demons.

The second season takes place in the city of Sydney in Australia, where Robin moves to after the events of the first season. However, Robin’s attempts at rebuilding her own life get hampered when the body of an unidentified Asian girl washes up on Bondi Beach. While the initial investigation into the death of the girl leads everyone to believe that there’s no hope of finding her killer, Robin realizes there’s more to the case when she discovers that the girl didn’t die alone. As Robin searches for the mysterious killer, she has to deal with her own act of abandoning her daughter at birth. On one hand, Robin desperately tries to reconnect with her daughter, who is now 17 years old, while on the other hand, her search for the Asian girl’s killer takes her into the dark, seedy underworld of Sydney.

In terms of reception, ‘Top of the Lake’ has done great for itself, and boasts stellar reviews from television critics. It has a great overall score of 82% on Rotten Tomatoes, with Season 1 boasting a brilliant score of 94% and Season 2 boasting a good score of 71%. Among viewers, too, ‘Top of the Lake’ seems to have struck a chord, and the show has a good overall rating of 7.5/10 on IMDb, based on nearly 30,000 votes.

Top of the Lake Season 3 Release Date: When is it coming out?

Season 2 of the show premiered on July 27, 2017. Despite two years having passed since Season 2 of ‘Top of the Lake’ aired, no official announcement has been made pertaining to the future of the show. While that does not sound very encouraging, we should remember that there was a four-year gap between Season 1 and Season 2, and there’s still plenty of time for the show to be renewed for Season 3. Our best guess is that if the show does get renewed, Season 3 of Top of the Lake can release sometime in 2020. We are keeping an eye out for news regarding the show’s future, and we’ll update this section as soon as we hear something reliable.

Top of the Lake Trailer:

While we wait for news on the future of ‘Top of the Lake’ Season 3, here is the trailer for Season 2 to give you a glimpse into the mystery that Robin has to solve after moving to Sydney.