When Does ‘Total Bellas’ Come Back On E!? 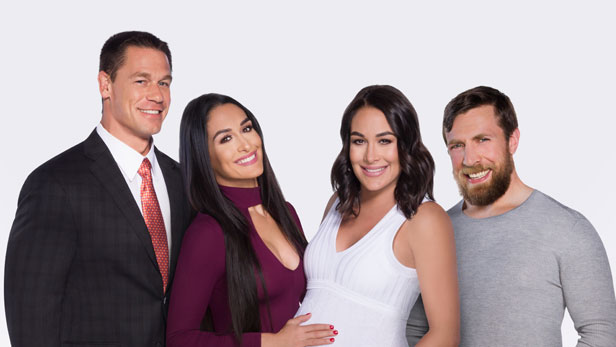 ‘Total Bellas’ is an American reality television series that first premiered in October 2016. A spin-off of the World Wrestling Entertainment (WWE)-based reality show, ‘Total Divas’, ‘Total Bellas’ focuses on the lives of twins Nikki Bella and Brie Bella – former WWE wrestlers who frequently appeared as a tag team under the name, “The Bella Twins”.

Unlike ‘Total Divas’, which focuses on the lives of WWE Divas in general, ‘Total Bellas’ is particularly focused on Brie and Nikki and their partners, WWE superstars Daniel Bryan and John Cena (Nikki’s ex) respectively. The show follows the twins’ life away from the spotlights and presents viewers with detailed insights into their lives, their romantic relationships, and their professional aspirations.

With Season 4 having already aired, fans of the show and WWE fans are wondering whether Nikki and Brie are making a comeback again in yet another season. Here’s when Total Bellas season 5 releases on E!.

Total Bellas Season 5 Release Date: When Does It Premiere?

As far as the next season goes, we have good news for the fans. On June 21, 2019, E! renewed the show for another season. “Nikki and Brie have never shied away from revealing every aspect of their lives to our viewers,” said Amy Introcaso-Davis, executive vice president of development and production at E! “They’re strong women who are incredibly relatable and connect deeply with our audience.”

As the name of the show suggests, the two people on whom the show primarily focuses on are Nikki and Brie Bella. John Cena and Daniel Bryan also play themselves and are quite important characters in the drama that unfolds in the lives of Nikki and Brie. As the show progresses across seasons, new characters join the drama, including ‘Dancing with the Stars’ dancer Artem, and others. In the 5th season, all of the above lead cast members make their respective comebacks

Owing to the show being a drama about the lives of the Bella twins, there’s no fixed narrative and the show evolves as Nikki and Brie take small and big decisions in their lives.

The first season revolves around Brie and Daniel moving in with John and Nikki. Filmed in Tampa, Florida, the season follows the two couples and their lives as Nikki tries to recover from a neck surgery.

The second season, filmed in Phoenix, Arizona, picks up on a different drama in the lives of the two couples, as John and Nikki move in with Daniel and Brie, who is going through her first pregnancy. In addition to following Brie’s pregnancy, Season 2 also focuses on Daniel’s life, as he travels around frequently under his new role as the General Manager of ‘WWE SmackDown Live’.

Interestingly, Season 2 also sees fault lines starting to appear in Nikki’s relationship with John. Season 3 picks up on this drama, and the entire season primarily revolves around Nikki’s deteriorating relationship with John. The season shows ups and downs in their relationship, but despite attempts by both parties to rekindle the flame, the relationship eventually breaks down. Season 3 sees Nikki and John’s marriage called off, and in the finale, Nikki finally does what was coming all along – she breaks up with John.

With drama at an all-time high, Season 4 picks up on Nikki’s post-breakup life, while also focusing on Brie’s. In the fourth season, the Bellas also make a comeback in WWE, and that brings with it myriad complications. Season 4 also puts quite a lot of focus on Nikki, who, after her break up, tries to find love again – she starts going out with others, and that brings with it more drama.

Thus, as a whole, the show lets viewers dive deep into the lives of Bella and Nikki, and experience the highs and lows that they experience. Apart from having its own fan base, the show, understandably, also holds a lot of appeal for fans of WWE.

Season 5 picks up the story right from where season 4 left off. Nikki dates Artem Chigvintsev while Brie plans her second baby with husband Daniel Bryan. In the shocking twist, the twins also get pregnant at the same time. Nikki and Brie reconnect with their estranged father and they continue to balance their professional lives with the responsibilities of marriage.

You can watch the trailer for season 5 below: