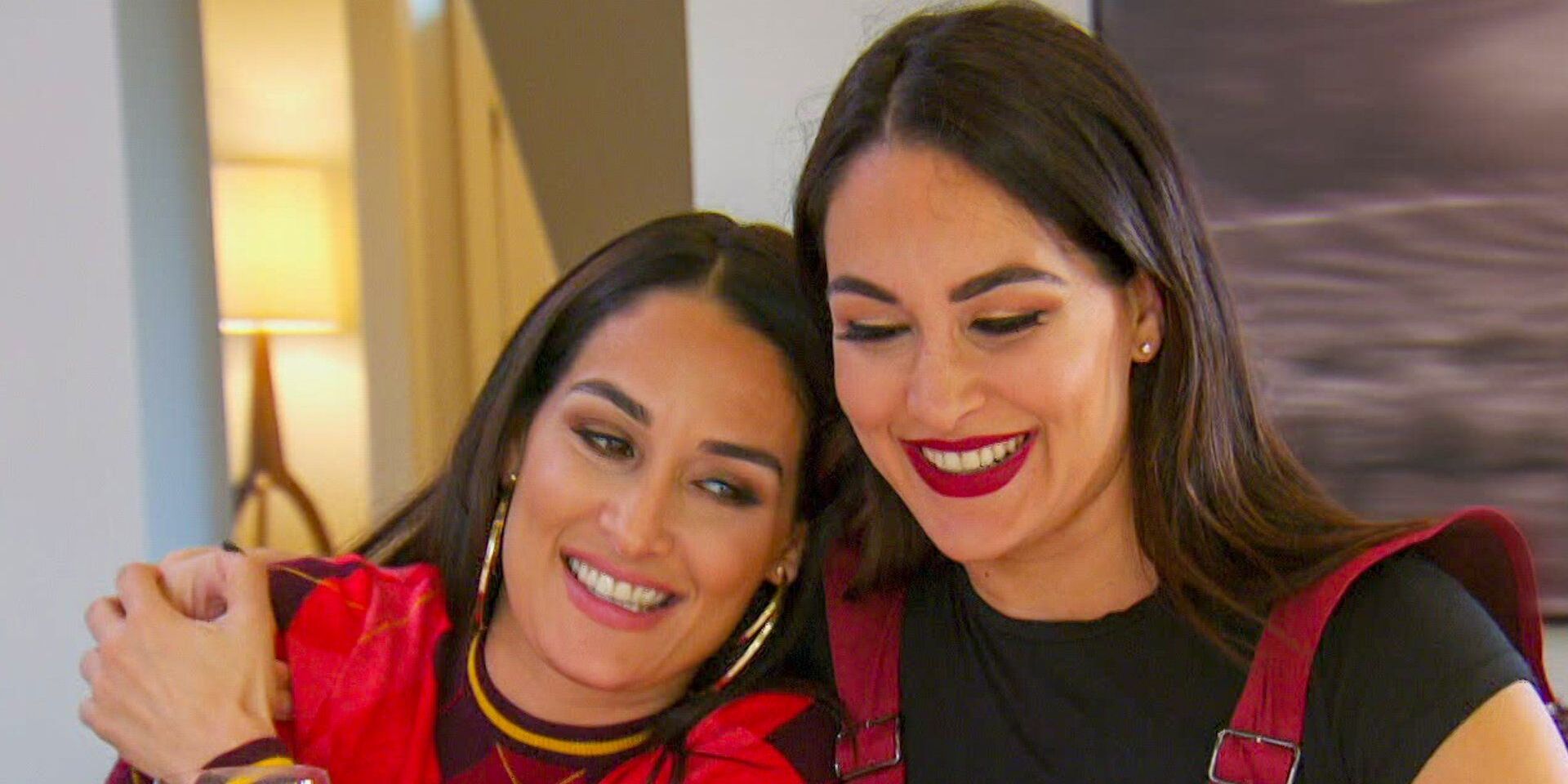 The sixth season of ‘Total Bellas’ that premiered on November 12, 2020, has proved that there is a lot in store for twins Brie and Nikki Bella. The sisters are excited to document their pregnancy journeys — Brie and her husband Daniel Bryan’s second child Buddy, and Nikki her fiancé Artem Chigvintsev’s first-born Matteo.

While Nikki goes for normal delivery, Brie’s is a C-section. We even meet Brie and Bryan’s daughter Birdie who plays a huge role in welcoming her baby brother. Additionally, with the entire fam in quarantine in certain episodes, we get to witness Artem and Bryan having multiple conversations while putting up with Brie and Nikki’s insane antics.

Season 6 looks a little different since it has been filmed in the bubble under strict safety protocols. As per Nikki, there is no glam and no stylist. In fact, with the stores shut down, the stars repeat outfits in several scenes! The former WWE stars do not even have a traditional baby shower because of the COVID-19 crisis.

Well, the upcoming episodes do promise a lot of new changes in the lives of the Bellas. Since the show is now all geared up to release its third episode, let’s check out how and when it will be available for viewers.

‘Total Bellas’ season 6 episode 3 is slated to premiere on Thursday, December 3, 2020, at 9 pm ET/ 8 pm CT, on E! The episode has been delayed by one week due to the Thanksgiving holidays.

In the second episode, we follow Brie Bella as she struggles with her fears about giving birth. The former WWE wrestler and her twin sister Nikki are on this journey together. But since Brie already has a three-year-old daughter, she plans to help her sister in navigating the days to childbirth. Nikki wants to have her delivery in Los Angeles, 372 miles away from her home in Phoenix, Arizona. And she is preparing with all sorts of educational materials.

Brie gives Nikki a fake mucus plug and asks Birdie to spray her aunt’s chest with water to replicate the experience of breastfeeding. Brie advises Nikki: “You guys are going to be amazing parents, but I just want you to be fully prepared that stuff can go wrong.” Brie then reminisces her own experience by watching a clip of Birdie’s birth. On the other hand, Artem and Tracy head out for cycling and a good game of golfing — which makes the sisters pretty jealous!