Tough As Nails Season 2 Episode 2: What to Expect? 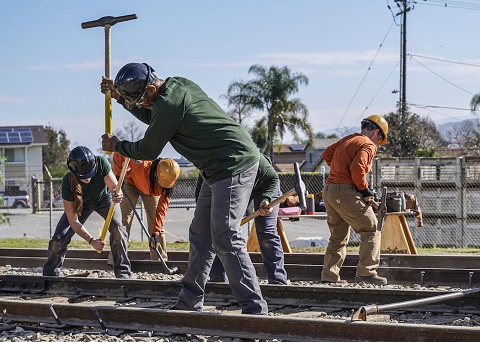 CBS’s ‘Tough As Nails’ returned with its second season on February 10, 2021, after its inaugural installment opened to good reviews from fans and critics alike. The premiere is called ‘Just Another Day on the Job.’ What happens here is, we meet the 12 new contenders for the season. They are assigned their first job – make concrete. The top two performers of the individual task get an option to select their own crews for the team competitions. Well, now that episode 1 has ended, the show is poised to return with its subsequent part. And here is what we discovered about ‘Tough As Nails’ season 2, episode 2!

‘Tough As Nails’ season 2 episode 2 will release on Wednesday, February 17, 2021, at 8/7c on CBS. The show will follow a weekly release pattern, with new episodes releasing every Wednesday. The second season comprises ten episodes with a runtime of fewer than 50 minutes each.

Where to Watch Tough As Nails Season 2 Episode 2?

You can watch ‘Tough As Nails’ season 2 episode 2 by tuning to CBS at the above-mentioned time. The episodes are also available on CBS’s official website and CBS All Access, set to air the premiere after its drops on the original network. If you don’t have an active cable connection, you can watch the show on FuboTV or DirecTV. You can alternatively purchase the episodes on Amazon Prime.

The 2nd episode for ‘Tough As Nails’ season 2 is titled ‘Keep on Baitin.’  CBS has come up with its official synopsis, which goes as follows: “Things get slippery when the everyday heroes punch in for their first individual challenge of transporting 250 pounds of slime eels into a container.” The episode will feature the first individual showdown of the season. There will also be Overtime, where one contestant will be required to punch out. The eliminated player will still be able to stick around for the team challenges and have the option to make some cash.