Where to Stream Toy Story 4? 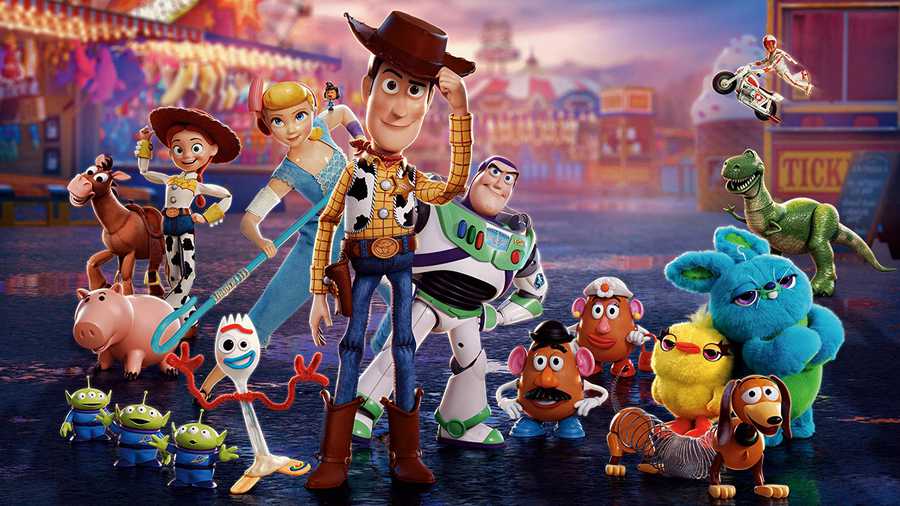 Animated films are only getting better with time and technological leaps, and nowadays, they often pack deep messages as well. Disney still remains the undisputed king of animation, and when it teams up with Pixar Animated studios, we get some of the modern wonders of animation that we are used to seeing. One film that has been a modern wonder is ‘Toy Story‘ which has seen four installments till now, with ‘Toy Story 4‘ being the latest one in the franchise.

As expected, the film continues with the adventures of the toys we have come to know and love including Sheriff Woody and Buzz Lightyear. In fact, we see the story continuing from the previous film, where the toys have a new home and newfound appreciation as they change hands from Andy to Bonnie. They also make a new friend and have amazing adventures together.

So what kind of fun adventures do they get into? To find out, you have to watch the movie, or you might want to rewatch it because it is that enjoyable. Either way, we will get to the part where we tell you where to watch the movie right after we walk you through the plot of ‘Toy Story 4’. Notably, the movie has been dedicated to Don Rickles the famous, sharp-tongued comedian, and Adam Burke, the noted animator, who died in 2017 and 2018 respectively.

What is Toy Story 4 About?

The movie starts during Andy’s childhood when his sister gives away Little Bo Peep (voiced by Annie Potts) and her sheep. Though Woody (voiced by Tom Hanks) considers going with her, he realizes that Andy needs him more, and stays back. Now that Andy is grown up, he gives all his toys to Bonnie. The toys are happy in their new lives, and Woody even sneaks into Bonnie’s backpack to be there for support, believing she will be overwhelmed at her kindergarten orientation.

Bonnie’s first day seems to be going well until a classmate dumps her arts and crafts supplies. Woody immediately sets about trying to help her and retrieves all her items from the trash along with a spork. Bonnie is excited at finding the spork and makes a handmade toy, naming it Forky (Tony Hale). This is where Disney wonderfully weaves in a message that millennials will be sure to relate to. Forky goes through an existential crisis believing he is trash and not a toy, although he quickly becomes Bonnie’s favorite toy, and it falls to Woody to explain Forky’s self-worth to him and convince him not to throw himself away.

The adventure begins on a road trip when Forky jumps out of the window and Woody goes after him. Finally getting Woody’s message about how important Forky is to Bonnie, the spork decides to return. However, before that, Woody spots Bo’s lamp in a toy store and goes inside, but meets a doll called Gabby Gabby (voiced by Christina Hendricks) who wants Woody’s vocal box since hers is broken and no child will take her. Woody manages to escape but Forky is captured. He also meets Bo and her sheep, who are now lost toys, and Bo agrees to help free Forky.

Buzz (voiced by Tim Allen) has his own little adventure at the carnival, looking for Woody, but in the process makes two friends Ducky (voiced by Keegan-Michael Key) and Bunny (voiced by Jordan Peele), before he reunites with Bo and Woody. The rescue team is now complete, with pocket toy police Giggle McDimples and the stuntman toy Duke Caboom (voiced by Keanu Reeves) joining in. However, their first attempt is a failure, and Bo is unwilling to risk the group and leaves angrily when Woody makes a remark that could be construed as insulting to her. When Woody understands that Gabby Gabby only wants his voice box, because she longs to belong to the granddaughter of the toy shop owner, he exchanges his box for Forky’s freedom.

But, when Harmony rejects Gabby Gabby, Woody convinces her to be Bonnie’s toy. However, Gabby decides to become the toy of a girl lost in the carnival, and this decision emboldens the girl to approach a security guard and find her parents. Woody and Bo are about to have another teary farewell when Buzz steps in and tells Woody that Bonnie will be okay without him. Woody does stay back, but gives Jessie, another of Bonnie’s toys his sheriff’ badge. The movie ends with Bonnie making another toy, a female plastic knife, to whom Forky introduces himself.

It is clear that the adventures of our toys are far from over, and the upcoming movie will likely have these new toys we see in ‘Toy Story 4’. However, that is a concern for the future. For now, let us tell you where to watch ‘Toy Story 4’.

Is Toy Story 4 on Netflix?

Netflix has a splendid collection of films and television shows and animated content is no exception. However, the premier content provider does not have ‘Toy Story 4’. Don’t let this get you down because there is plenty of excellent animated content on the platform like ‘Mulan‘ or ‘Hercules‘ that you can check out.

Hulu has an expanding library, and they keep adding content to it all the time. Although Hulu’s animated content is diverse, and in some cases esoteric, the platform does not have ‘Toy Story 4’ yet. However, if you are in the mood for an animated adventure, may we recommend that you watch ‘Shrek‘.

Is Toy Story 4 on Amazon Prime?

Amazon Prime has a spectacular collection of films and television shows, which is perhaps only bested by Netflix. However, the platform could do with some work in the animated content department. Although ‘Toy Story 4’ is not available on the platform, you can still kick back with splendid age-appropriate shows like ‘Clifford the Big Red Dog‘.

Is Toy Story 4 on Disney Plus?

‘Toy Story 4’ is one of the bigger Disney releases of 2019 that has not found its way to the streaming platform yet. However, that is no cause for concern because Disney has every intention of hosting all its content on the streaming service. Therefore it is only a matter of time before the new movie is available for streaming. In the meanwhile, you can check out ‘Toy Story‘, ‘Toy Story 2‘, and ‘Toy Story 3‘ on the platform.

Where Can I Stream Toy Story 4 Online?

Unfortunately, since ‘Toy Story 4’ is not available on any of the major content providers, there is not much hope of it being available for streaming elsewhere. It would be best to hang on for some time until the movie becomes available online before you stream it on various platforms.

When will Toy Story 4 Release on BluRay and DVD?

‘Toy Story 4’ is out on BluRay and DVD as of October 8, 2019. The digital copies have been available from October 1, 2019. You can order your digital copy here.

Can I Stream Toy Story 4 Online For Free?

Unfortunately, you cannot stream ‘Toy Story 4’ online for free at this moment. You have to wait until the movie arrives on some streaming platform before you can use the free trial period to watch the movie. Moreover, we urge our readers to pay for any art they consume.