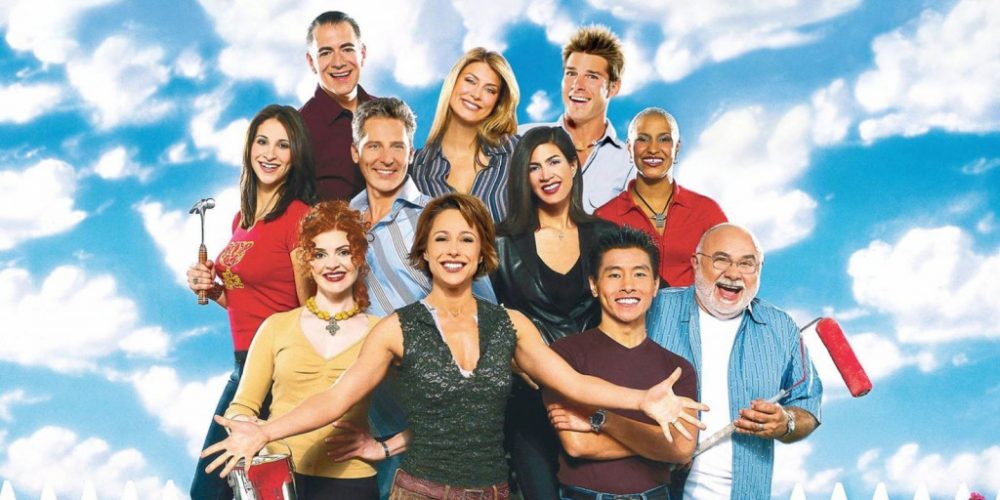 ‘Trading Spaces’ is an American reality television series. The show originally premiered on October 13, 2000, and ran till December 13th, 2008. Discovery Home, Discovery Channel and TLC are the original television networks for broadcasting the show.  The series was revived in April 2018 and saw the return of several members of the original team.

The format of the show is based on ‘Changing Rooms’, the BBC series. Over the seasons, the show became so popular, that it led to several spin-offs like ‘Trading Spaces: Family’ which is the same as the original except there are teams of three and four here and children can be part of the series as well. ‘Trading Spaces: Boys vs. Girls’ kicked things up a notch by removing the budget cap on the renovations and allowing them to be made into theme rooms. ‘Trading Spaces: Home Free’ allowed the winning couple to get their home mortgage free which must heat up the competition. ‘Trading Spaces: 100 Grand’ sees the budget on renovations increase to $50,000 per team, but the time limit remains constant.  ‘The Best Of Trading Spaces’ of course visits some of the best cases of renovations from the original show.

Trading Spaces Cast: Who is in it?

Trading Spaces Plot: What is it about?

‘Trading Spaces’ is a home renovation show which follows pairs of neighbors as they renovate and remake each other’s houses in an hour-long episode. The renovation and changes are done with the help of expert carpenters and designers. The host of the series Paige Davis takes all the viewers on a journey as she keeps every team of carpenters, designers, and homeowners on a strict time and budget while they handle their greatest makeovers yet. All the teams involved put their creative and innovative minds together to work on big challenges and more designs and have fun along the way. The show is a breath of fresh air in the home makeover series category, and it has aired plenty of seasons to get ahead in the genre of home design.

The basic premise of the show involves two sets of neighbors who trade their rooms or houses with each other and take the help of a carpenter and a designer to give the place a makeover within a budget of $2000. The producers of the show insist that the designers don’t go overboard with the budget but they allow a slight slack over budgeting. However, in one episode of the show, one designer went $150 over the specified budget and the producers forced her to return the rug that was purchased for the project. The respective teams have no say over what is going on with their own houses. However, they can give input on what happens to the place that they are redecorating.

When the series started there weren’t so many house renovation shows on television. However, since then, networks have stepped up their game, especially HGTV which hosts numerous shows like ‘House Hunters‘ and ‘Property Brothers‘. Considering the various iterations that are out now, critics feel that ‘Trading Spaces’ and its premise has become a little absurd, and they have expressed as much, saying, “With so much aspirational home programming in the marketplace now, you’re better off going anywhere else for design ideas, advice on how to pick backsplashes, and sound financial decisions that may increase a house’s market value. Trading Spaces, for better or worse, is and has always been about using as little money as possible to create as myopic a room as possible.” However, it still makes for very entertaining television, and as long as viewers are not looking for anything beyond that, they are in for a treat.

In the new season, new and fresh designers are set to learn and compete with each other to emerge with the best renovations. The next season is sure to bring back all the savvy makeovers we had been accustomed to in the decade before. The format of the show is the same as the previous seasons where the neighbors will swap their places for two or three days at most. The people involved in the series have mentioned that the teams are going to have a little more say in the renovations of the homes this time, so it will be fascinating to see if their opinions cause tension with the designers and carpenters who are actually in charge of the renovations. However, at this point, the show is little more than sheer entertainment. If you really want tips about economical and splendid renovations, you will be better off watching one of the many shows on HGTV.

Trading Spaces Season 11 Release Date: When will it premiere?

‘Trading Spaces’ Season 10 premiered on March 16, 2019. While there is no news about TLC renewing the show for another season yet, it is likely that the show will be greenlit, considering its popularity. In all likelihood, ‘Trading Spaces’ Season 11 will release sometime in March 2020. However, do stay tuned for an official update on the release date.

While we wait for ‘Trading Spaces’ Season 11, check out the trailer for Season 10. If you have not seen the series, and want to watch one of the oldest shows about renovations, on television, then this is perfect for you.