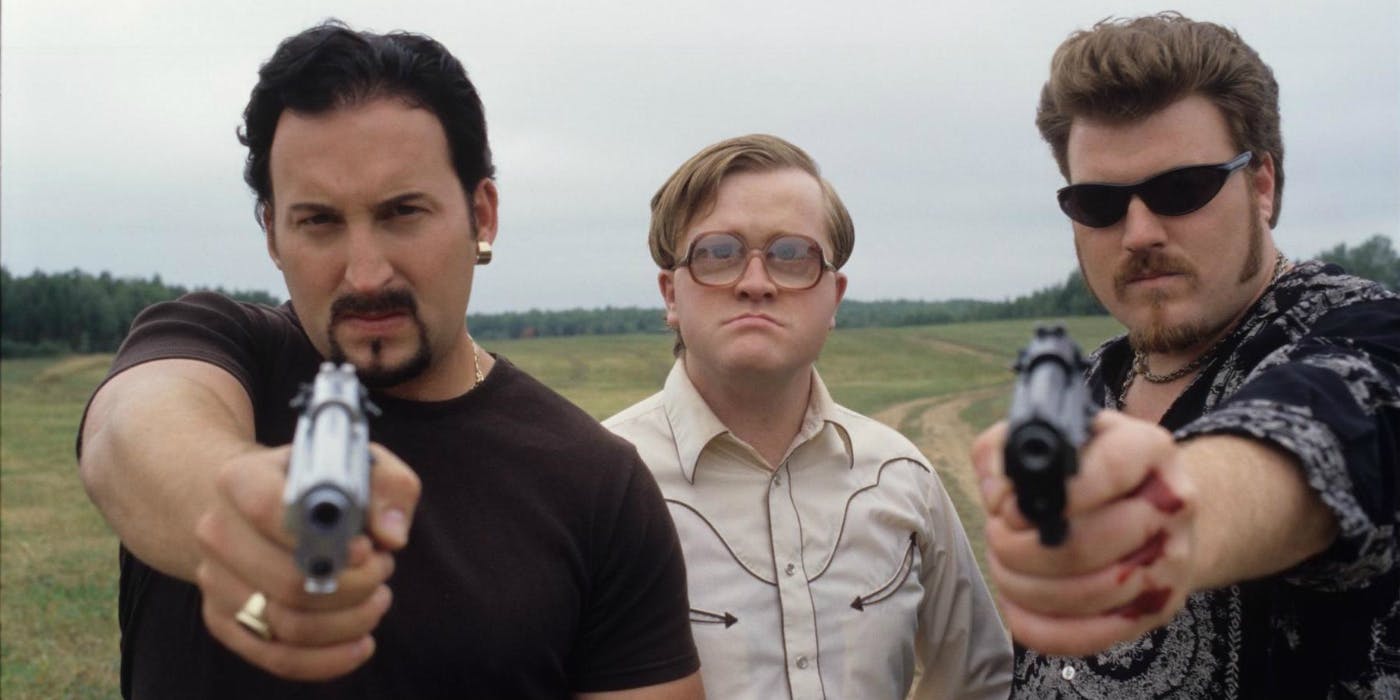 ‘Trailer Park Boys’ is a Canadian mockumentary series that initially aired on Showcase. It first premiered on April 22, 2001. The series adds elements of black and crime comedy into the mix, making it an entertaining watch, which explains its long run on television. It has been created by Mike Clattenburg, and it is a continuation to his 1999 film of the same name.

When the original run of the show came to an end, the actors involved were determined to keep it going, and bought the rights of the series from the original producers. They came up with their own internet streaming service called Swearnet and began to co-produce the other seasons.

The show focuses on the misadventures of a group of trailer park residents, some of whom are ex-convicts, living in the fictional Sunnyvale Trailer Park in Dartmouth, Nova Scotia. Considering the show has been going on for a long time, and is rather well known, it has a strong fanbase which is ever expanding. Critics have praised the series as well. Notably, an animated spin-off, which continues the story, is available for streaming on Netflix.

Trailer Park Boys Cast: Who is in it?

The cast of ‘Trailer Park Boys’ is led by John Paul Tremblay, who plays the role of Julian. Rob Wells appears in the role of Ricky LaFleur and Mike Smith plays Bubbles. The show revolves around these three.

Julian is the leader by all appearances and often devises the plans for the petty crimes that help the boys survive. He can usually be seen nursing a Cuba Libre on the rocks in his hand while making his plans. Ricky appears to be dumb and makes a lot of malapropisms known as ‘Rickyisms’. He also grows marijuana. Bubbles, the third member, wears glasses and lives in a shed with his cats. He usually gets upset when Julian and Ricky fight and is the least likely to be suspected of the crimes the trio commits.

If season 13 is commissioned, the main cast is expected to return to the show. On this note, it becomes necessary to mention that the show lost one of its main characters, Jim Lahey, when the actor John Dunsworth passed away. He played the role of an alcoholic ex-cop turned trailer park supervisor, who often tried to thwart the plans of the three boys. With the character having to be removed from the show, perhaps the upcoming season could introduce a new supervisor, and it will be fascinating to see how the power dynamics pan out among the boys and this new authority figure.

Trailer Park Boys Plot: What is it about?

Nova Scotia’s trailer parks are colorful thanks to residents Ricky, Bubbles, and Julian. Together, they plan mad capers, usually get-rich-quick schemes, with plenty of screw-ups along the way. They’re constantly being hunted by their former trailer park supervisor, Jim Lahey, and his perpetually shirtless, pot-bellied assistant, Randy.

It is difficult to sum up the series in a few words. Spanning twelve years on television and two feature films, ‘Trailer Park Boys’ remains an irreplaceable gem that will be missed when it is gone. It is, however, staying, for the time being.

Trailer Park Boys’ works in a documentary-like format, trying to chronicle the lives of three petty criminals. As the three boys try to avoid the police, the seasons later take on a formulaic approach. The show has attained a cult status and has both anticipated and surpassed the metafictional conceits that are usually present in a series like this.

Surprisingly, one of the show’s finest jobs has been to bring to the screen a class that is usually mocked in society, and portray them in a humane manner, with an uncommon degree of dignity. We see the boys go in and out of jail over the seasons, as their ambitions lock horns directly with the safe and quiet environment that Lahey wants for the trailer park residents. What stands out is the refreshing take on public space, and claiming it as one’s own, or at least appropriating it, when one lacks a fixed private property.

A word must be said here for Clattenburg, whose visionary style and arcs for the show remains brilliant and mostly uncredited. The draw of the show is the lack of ambition of the characters. There is an understated camaraderie in the isolation that the series promotes. The boys only have themselves and their friendship to fall back on. They look tired and lack ambition, as they keep hatching schemes to make small amounts of money to get by for some time. The show portrays some solid social realities, and the characters have to entertain themselves, and thus get very creative.

Season 13 is surely going to bring new adventures in the lives of Julian, Ricky and Bubbles.

Trailer Park Boys Season 13 Release Date: When will it premiere?

‘Trailer Park Boys’ Season 12 premiered on March 30, 2018. While there is no news about the renewal of the show, but an animated show ‘Trailer Park Boys: The Animation’ released on Netflix on March 31, 2019. It will be interesting to see whether the actual gets renewed for another season or Netflix decides to continue with the animated show.

For now, our best guess is that if the show gets renewed, ‘Trailer Park Boys’ Season 13 can release sometime later in 2020. We will update this section as soon as we hear more.

While we wait for an update on ‘Trailer Park Boys’ Season 13, you can check out the trailer for Season 12 below to refresh your memory. If you have not seen the show at all, head over to Netflix to catch all the episodes of the previous seasons.