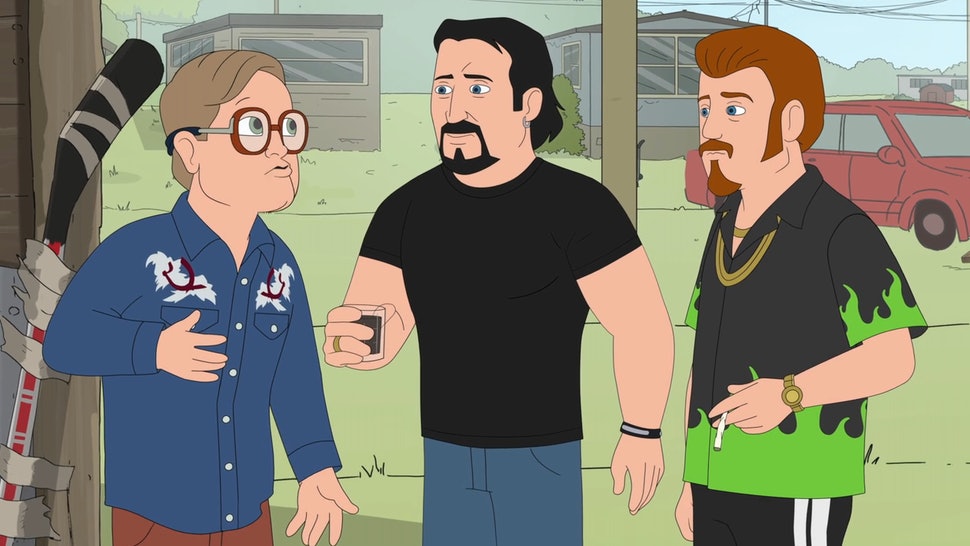 ‘Trailer Park Boys: The Animated Series’ is a spin-off of the original title, ‘Trailer Park Boys’. It is conceptualized as a continuation of the events of the live-action show. The Canadian animated mockumentary is created by John Paul Tremblay, Robb Wells, and Mike Smith, and just like its predecessor, follows the various misadventures of a bunch of ex-convicts, residing in the fictional Sunnyvale Trailer Park, Dartmouth, Nova Scotia.

The animated version showcases our favorite boys in all their glory. We still have the same dose of swearing, drugs, drinking, violence, and smoking. Hence, it did manage to live up to the expectations of veteran fans and was soon renewed for its second outing. Here’s when ‘Trailer Park Boys: The Animated Series’ season 2 will release on Netflix.

‘Trailer Park Boys: The Animated Series’ season 1 premiered on March 31, 2019, on Netflix. It consisted of 10 episodes. Owing to the positive reception from fans, the show was soon renewed for its second edition. On May 17, 2020, the series’ official Twitter account announced its release date:

Season 2 of Trailer Park Boys: The Animated Series is unleashed to Netflix worldwide on Friday, May 22! #trailerparkboys #DECENT pic.twitter.com/sc6DXHxdoD

So, there you go! ‘Trailer Park Boys: The Animated Series’ season 2 is all geared up for release on May 22, 2020. Don’t forget to mark your calendars!

The original cast of the live-action series voices their respective characters in the animated spinoff. In season 2, John Paul Tremblay voices Julian, Robb Wells voices Ricky LaFleur, and Mike Smith voices Bubbles. John Dunsworth posthumously voiced Jim Lahey in season 1. But since the actor passed away in 2017, it is yet to be seen who enacts his character in season 2. Joining the lead cast is Patrick Roach as Randy, Cory Bowles as Cory aka Steve French or Naked Man, Jeanna Harrison as Trinity Collins, Jacob Rolfe as Jacob Collins, Sarah E. Dunsworth as Sarah, Tyrone Parsons as Tyrone, Marguerite McNeil as Marguerite, and Shelley Thompson as Barb Lahey.

Trailer Park Boys: The Animated Series Season 2 Plot: What Can it be About?

The events of ‘The Animated Series’ are set right after the finale of ‘Trailer Park Boys’ season 12. We see the trio of miscreants, Julian, Ricky, and Bubbles, ending up behind bars once again. Here, they trip on mushrooms and transform into cartoons. Even the world around them is changed to an animated, alternate dimension. Season 1 follows the protagonists as they embark on a fresh bunch of sketchy adventures. Season 2 will pick up the story from season 1’s finale –where we witnessed the boys organizing a concert to save their trailer park and home. However, they face tough competition. The second edition will continue to follow Julian, Ricky, and Bubbles as they engage in another round of hilarious situations and stupid decisions — while being high on the substance (s) of their choice.