Everything We Know About Train to Busan Sequel Bando 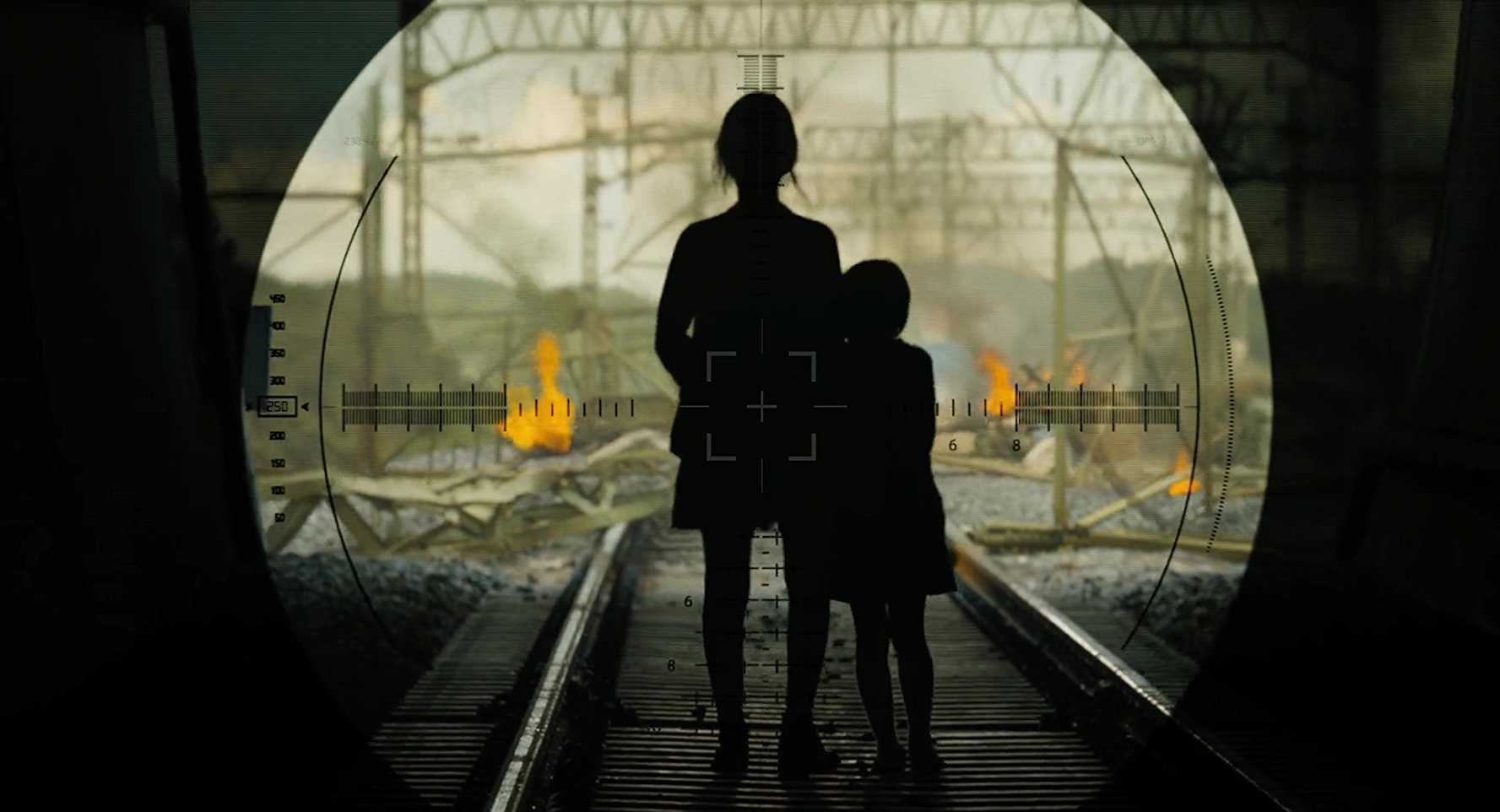 Here’s the thing about the Zombie genre: it has always been overstuffed and overrun in all forms of media. The first and foremost among them were zombie horror movies until the Zombies became a genre themselves, later expanding to include comedy, action, and even raw emotion (in a rare gem of a game in ‘The Last of Us’) to continuously deliver something new and exciting for the audience who currently can’t seem to get enough. The point is that even if the genre feels overstuffed after a certain point of time, it always comes back with a re-invention of sorts to last a few years and keep it going.

I sincerely believe ‘Train to Busan’, the South Korean hit Zombie apocalypse film, to be a re-invention, only maybe not in a very direct way, so to say. In saying that, I imply that the usual quips are all still there: the end of the world after a mysterious zombie outbreak, the body horror, and the urgency and thrill followed by the vanquishing of the undead creatures — it’s all there. However, director Yeon Sang-ho, through a simple change in setting—a train headed to Busan—and keeping it going within that same setting manages to create an atmosphere that’s claustrophobic, eerie, and yet involving all the same.

In what is South Korea’s first zombie film, one that is impeccably well done and already better than most Hollywood zombie films, ‘Train to Busan’ remains a towering achievement, while also breaking records in its home country when it released. Needless to say, film finance and commerce works the same way in all countries, and it was only a matter of time before a sequel was announced and worked upon. The same was confirmed later last year in November of 2018, and here is everything that we currently know of the sequel to this zombie action thriller movie. Read on.

Train to Busan 2 Plot: What is it about? 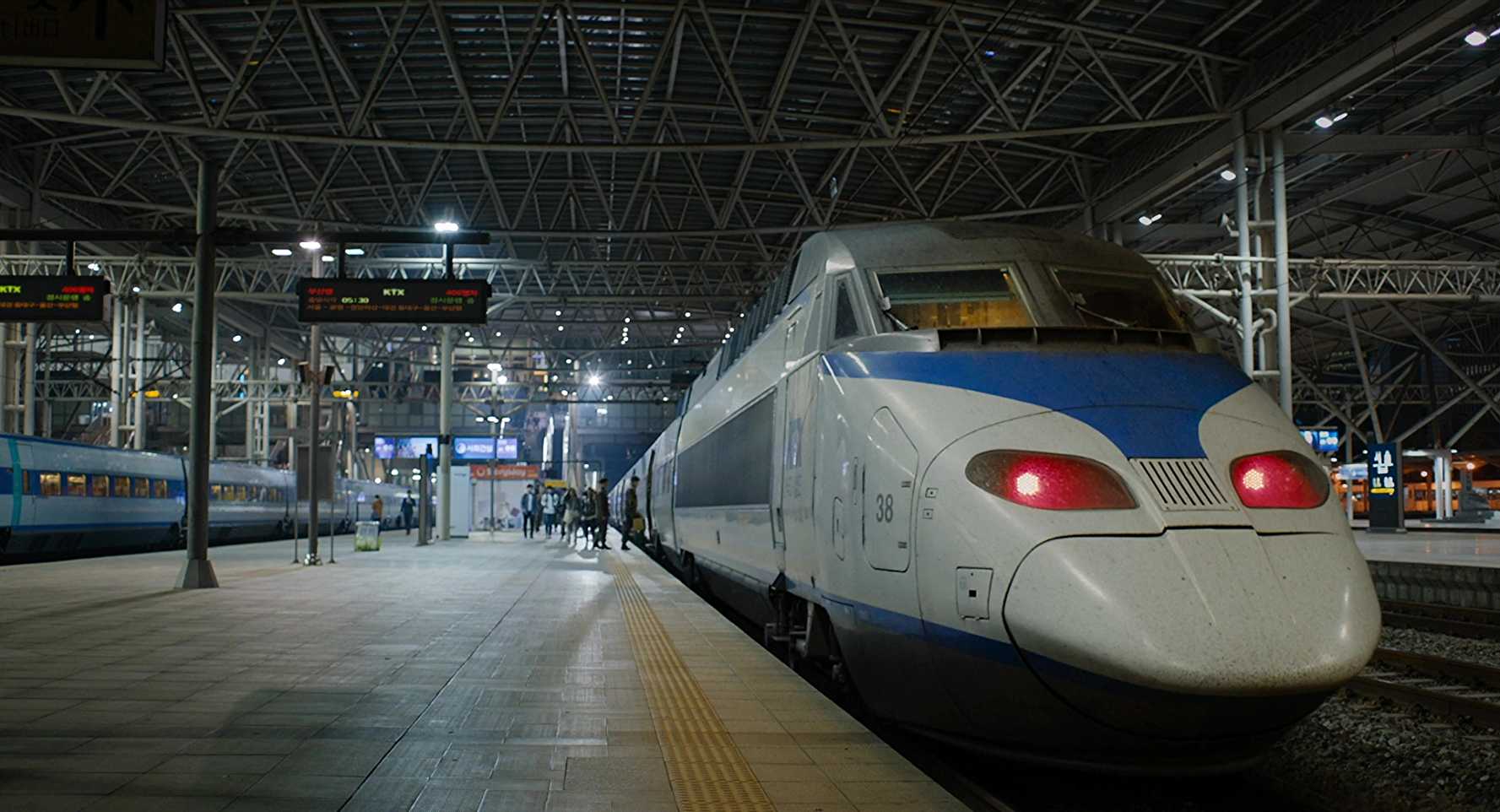 The film ends on an uncertain yet absolutely emotional note, with Su-an and Seong-kyeong, seemingly the only two survivors on the train from Seoul to Busan, finally reaching Busan station where a quarantine zone has been established. Returning director Yeon Sang-Ho has announced that the sequel would definitely be bigger in scope and execution as compared to the “relatively confined” first film. That leaves no doubts that the sequel will perhaps try to break away from the singular setting of the train, and spread its narrative over a larger area in Busan, probably beginning with showing life in the country after the mysterious zombie outbreak, perhaps its origins, and when and what led to it exactly; how and if the world is affected by it; and how Su-an and Seong-kyeong adjust to life in the quarantine zone with limited resources.

The regular drill for a zombie movie follow up would currently seem like the safest bet on what could happen in the much awaited sequel. This also at the same time represents a very interesting paradigm, since the confined setting and the ingenuity of it is what made the original succeed in the first place; but in a world that is already overcrowded with unworthy sequels, the last thing that the follow up to ‘Train of Busan’ would want to do is cash in on an established formula and blueprint. It will be very interesting to see how the makers overcome that. 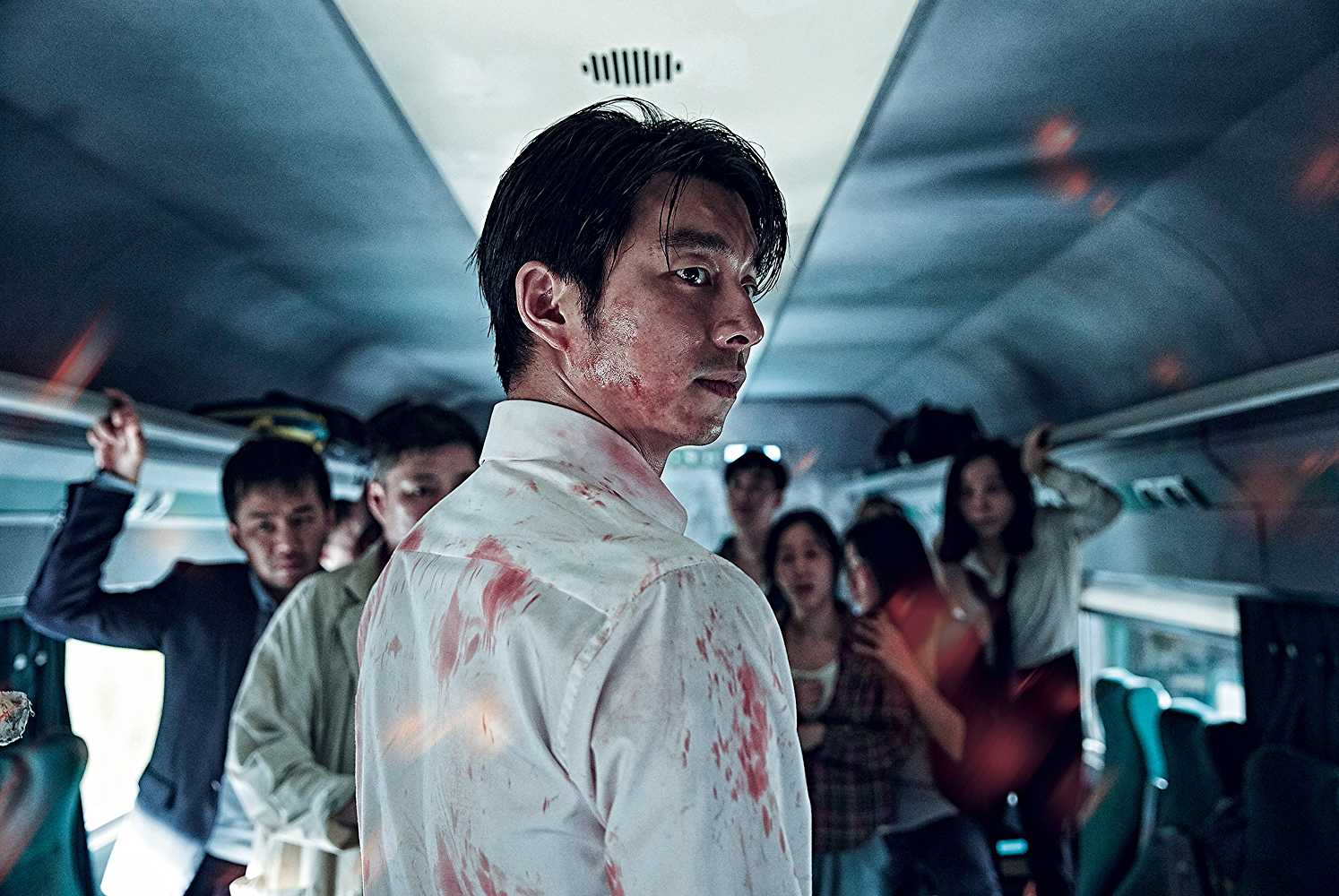 Again, moving forward with a few more tropes of the genre, it might be prudent to assume that the plot for the new film may secondarily expand upon one of the points I mentioned in the previous paragraph, and that would be on how the world (or Korea) comes to terms with the outbreak: and how they choose to move forward, that is, searching for a cure. It could stem from either one of the main players being unaffected from a bite, or be rooted in the very cause that I am sure the sequel would venture into exploring. Primarily, just as the first film, I think that it is going to be centred on its humans: in this case the uncanny survivors in Su-an, who might finally get to meet her mother in Busan, and Seong-kyeong, both now finding refuge in the quarantine zone.

If the film’s plot picks up even a little after the events of the first, we might also be joined by Seong-kyeong’s baby, something that is bound to add more stakes to the second. There are currently more than enough hints to point toward the same, but lesser to lead us into a definitive direction overall, seeing as though production has only begun on the second one, and details about the plot are being kept under wraps. What can be surely said though is that it is beginning to look like a trilogy more and more, so expect a fair number of new storylines (along with characters) to stem from the second one, all of them seeking resolution in the third. The film’s working title is currently ‘Bando’, translating to English as peninsula. 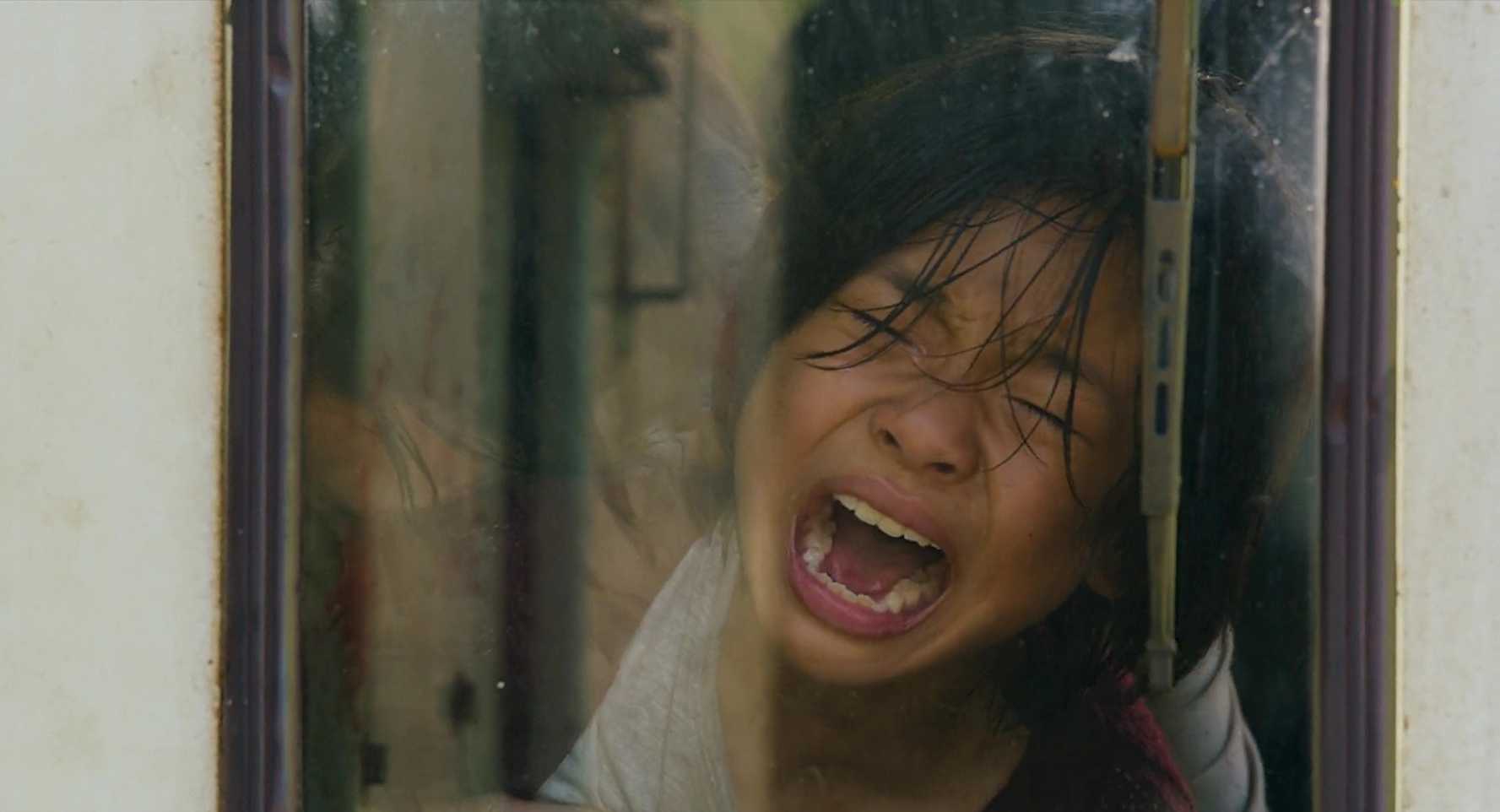 Reports indicate that Korean actor Song-Joong-ki of ‘Descendants of the Sun’ and ‘The Innocent Man’ fame has been cast as the lead actor in the new film. While lead may define the extent of his role in the film, little else is known about the character he will be playing in the film. I firmly expect Kim Su-and Jung Yu-mi to reprise their roles of Su-an and Seong-kyeong from the previous film, and a fair portion of the plot to be centred on the journey of these two characters, unless the sequel goes along the lesser tread path of telling a completely new story with completely new characters, in which case the two might be reduced to returning cameos as a way of establishing continuity.

With most of the characters from the previous films falling prey to the zombies, one can surely expect a fair bit of new casting for the sequel, except Gong Yoo, who I have a hunch will follow up as his character Seok-woo from the previous film in either a flashback cameo or one of the more conventional ways that films use to reprise a dead character. More details on this as we move forward, so be sure to check this section regularly.

Train to Busan 2 Crew: Who is behind it? 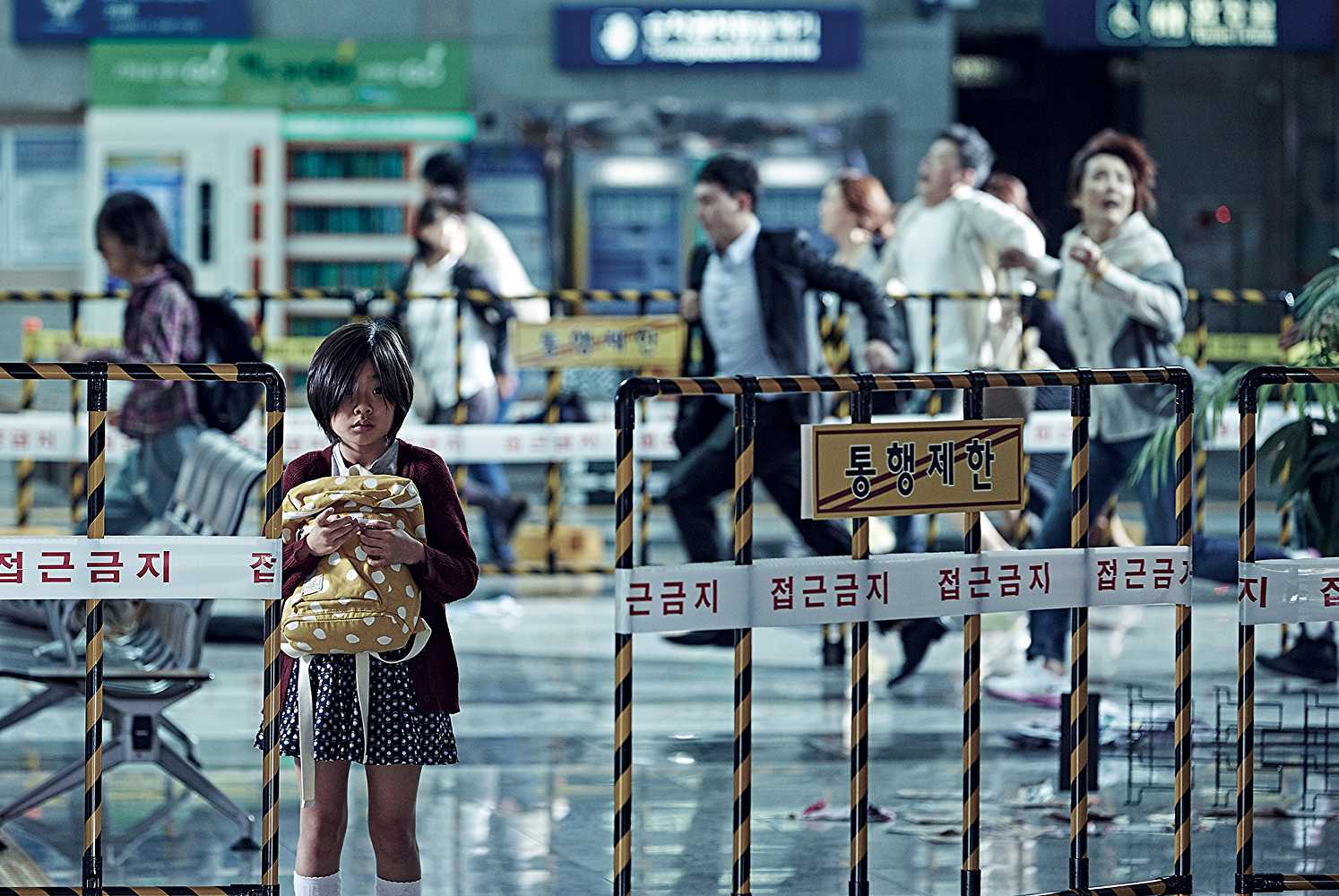 One of the better things about ‘Train to Busan’ apart from the part ingenuity of its setting in a train was how excellently well looking it was. There are no two words about it but ‘Train to Busan’ excelled in its technical departments and the sequel would do well to stick to the same teams, obviously under the direction of Yeon Sang-ho, who is confirmed to be returning in the director’s chair a second time for the sequel. He is also said to have been involved in the writing and production process rather intensively, which is not a surprise considering how big of a hit the first one was.

Little else is known about the crew details of ‘Bando’ for now, but we do know that ‘Train to Busan’ is lined up for an English language remake. The film is all set to receive the Hollywood treatment to be produced by James Wan and to be written by ‘The Conjuring’ universe veteran Gary Dauberman. Production on the same is rumoured to begin next year, and will be backed by Gaumont, the producer-distributor of the original ‘Train to Busan’.

Train to Busan 2 Release Date: When will it premiere? 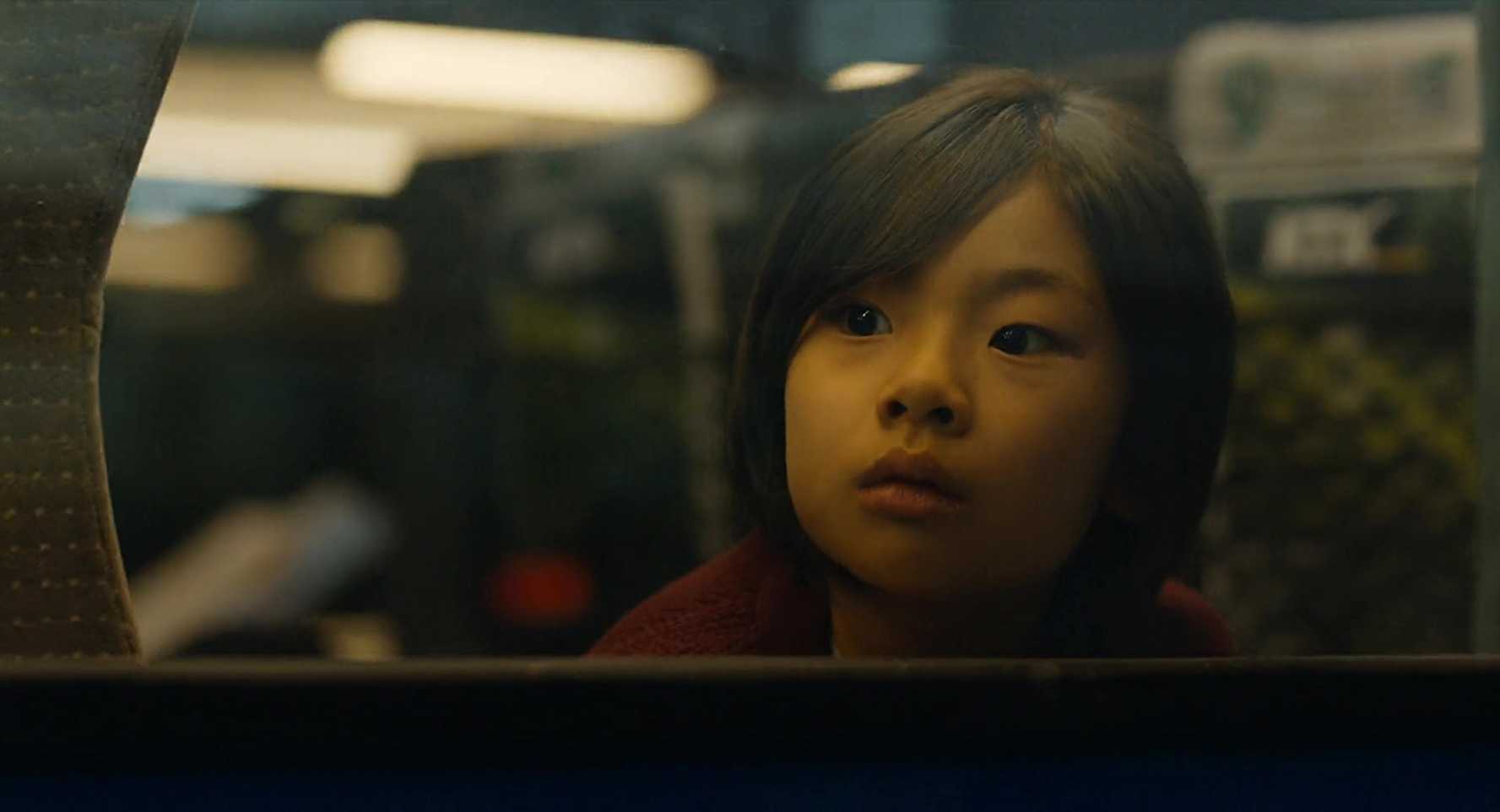 With production and filming currently underway, Train to Busan 2 is all set to hit screens some time in 2020. Considering that half of 2019 is already up, it is either lined up for a late 2020 release, or the makers are content with a remarkably short post production time, which would hardly seem like the case considering the quality of the first film. We will update this section as soon as the sequel has a definite release date.