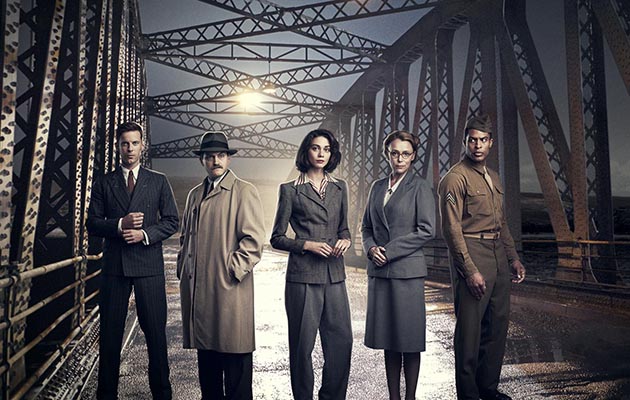 Traitors is a British show that airs on Channel 4 in the UK and on Netflix in the US. The thriller drama is the brainchild of creator and writer Bash Doran — a multiple award holder, mainly known for her masterpieces such as Masters of Sex and Boardwalk Empire. The series features directors Dearbhla Walsh and Alex Winckler and executive producers Rory Aitken, Eleanor Moran, Emma Willis, and Tim Carter. 42 and Warner Bros’ Twenty Twenty Television produce the show and Josh Varney and Ben Pugh serve as the co-executive producers.

Traitors Cast: Who is in it?

Emma Appleton plays the role of the protagonist, a British civil officer named Feef Symonds. The young English model-turned-actress landed her first on-screen role as Pixie in Dreamlands, a short film released in 2016. After that, she has featured in several shows such as Grantchester, The End of the F***ing World and Clique.

Other cast members include seasoned actress Keely Hawes and actor Luke Treadaway. Hawes is obviously no stranger to the world of entertainment with several popular leading roles in Upstairs, Downstairs, The Casual Vacancy, The Missing, and The Durrells. Other notable performances include her featuring as DI Lindsey Denton in Line of Duty and Home Secretary Julia Montague in Bodyguard. Treadaway, on the other hand, is known for his appearances in films such as A Street Cat Named Bob and Fortitude.

Traitors Plot: What is it about?

Traitors, previously named Jerusalem, is set in London in 1945 when Britain is just emerging from the aftermath of World War II and struggling to adapt to the new world order. The central plot of this series follows the young, enigmatic British civil servant, Feef Symonds, a brave, determined, ambitious, and strong, 20-something officer. When Clement Attlee’s Labour Party comes to victory after defeating Winston Churchill, the Americans vow to ensure that the booming Socialist ideology of England is not used by the Soviets for their advantage. To fulfill this ambition, they employ the services of the rogue American spy Peter (Lauria), who is also Symonds’ lover.

Symonds, on the other hand, though quite talented is unappreciated by her family. Therefore, she is easily seduced by her encouraging partner into spying on her own country. She is given the task of uncovering a Russian agent who is supposedly working in the British Government. However, Symonds’ actions become a bit suspicious to Priscilla (Hawes) — her immediate boss and senior officer — who thinks that the new recruit may not be what she appears to be. Struggling between what she actually believes in and what she is capable of achieving, Symonds must learn how to be the master of her own decisions. She must also refine her art of playing by her own rules and understand what to do when knowledge is power and nobody is what they portray themselves to be.

As Symonds takes up this dangerous role of acting as a double agent for her own country, she, though unwittingly, does commit the biggest act of treason. If she is caught, then there’s no forgiveness or excuse. The game is dangerous and the series delves deeper into exploring the events that surface when she sets out on her mission. Is she able to survive? Or is there more than what appears to the eye?

In the words of Eleanor Moran, Tim Carter, and Rory Aitken, “This tense and emotionally charged spy thriller will depict the realities of the surprisingly tortured relationship between Britain and America, which echoes down the decades and resonates more powerfully than ever in the era of Trump and Brexit.”

Traitors Season 2 Release Date: When will it premiere?

Traitors season 1 premiered on Channel 4 in the UK and Ireland on February 17, 2019. All the episodes of this epic spy drama landed on Netflix on March 29, 2019, for its international subscribers. Each episode features an approximate runtime of 60 minutes. Although the creators have assured that Traitors is not based on a true story, the show does get several of its facts right — such as America’s bombing of Japan, the victory of the Labour Party against Prime Minister Winston Churchill, the debate in the Parliament about taking money from the US, the Cold War, and the Anglo-American Loan. An action-packed espionage drama, the show captured the attention of classic spy and period series’ fans.

As far as the next season goes, we don’t have an official announcement from either Channel 4 or Netflix. Though, given the success of the show, we expect it to be renewed for a second season. If that happens, Traitors Season 2 can release sometime in February, 2020.

You can watch the official trailer for Traitors Season 1 on Netflix. Check it out here and get a glimpse of what the show has to offer to its viewers.