Transplant on NBC: Everything We Know 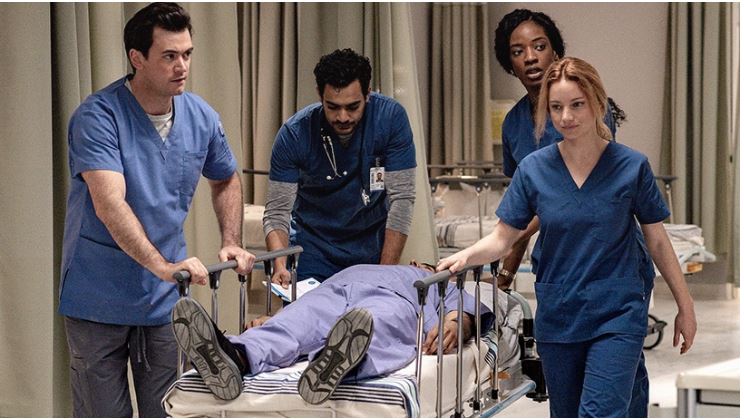 ‘Transplant’ is a medical drama that became a major success story, having been branded as one of Canada’s most-watched series, following its launch on CTV. The bold and powerful show is produced in collaboration with NBCUniversal International Studios, thereby, making NBC its American home. The story follows a Syrian émigré doctor, employed in a restaurant in Toronto, as he gets an unexpected chance to practice medicine in the new country. We are sure that ‘Transplant’ will progress to be one of the better dramas NBC has ever aired. Why? Our detailed preview will give you the answer.

Transplant Cast: Who is in it?

‘Transplant’ stars Hamza Haq as Dr. Bashir Hamed aka Bash, a Syrian-based doctor with unmatched skills in unconventional emergency medical techniques. Bashir’s experience in the war zone makes him an excellent resident at York Memorial Hospital but his foreign credentials make it difficult for him to ascend in his career trajectory. Laurence Leboeuf joins the cast as Dr. Magalie Leblanc, an ambitious resident, battling with stress, personal, and health issues. John Hannah essays the role of Dr. Jed Bishop, the head of the emergency department.

Rounding up the lead cast is Ayisha Issa as Dr. June Curtis (another resident who has a secret affair with the hospital’s security guard) and Jim Watson as Dr. Theo Hunter (a resident at the pediatric department). We also have Sirena Gulamgaus as Amira Hamed (Bash’s younger sister), Linda E. Smith as Dr. Wendy Atwater (the supervisor for the residents), Sugith Varughese as Dr. Aajay Singh, Kenny Wong as Arnold De Luca, Grace Lynn Kung as Vivian Barnes, and Torri Higginson as Claire Malone.

Transplant Plot: What is it About?

‘Transplant’ introduces us to Dr. Bashir Hamed, a charismatic Syrian doctor with exceptional prowess in emergency medicine, practiced in the battlegrounds. He flees his war-torn homeland, accompanied by his younger sister Amira, to Canada. In their effort to forge a new life in a foreign land, they become refugees. Now, if Bash wants to return to his profession, he needs to begin his career from the start. His Syrian credentials make it almost impossible to land a residency in Canada.

However, when Bash uses his unconventional emergency skills to save a senior doctor from a near-fatal accident, he is made a resident in the emergency department in one of Toronto’s most coveted hospitals. But his tough life experiences set him apart from his new colleagues. In spite of the little differences, the crew works tirelessly to save lives and win the approval of the legendary head of the emergency department, Dr. Jed Bishop while being managed by the strict Dr. Wendy Atwater. As Bash adjusts to his new life, he attempts to pay his bills while raising his little sister in an unfamiliar land.