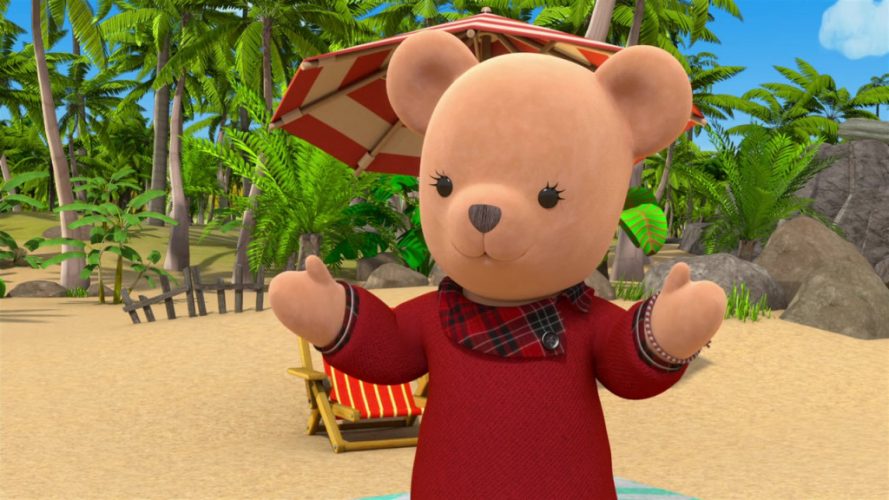 Treehouse Detectives is South Korean-American animated Kids Education & Guidance series directed by BJ Lee. The first season premiered on June 8, 2018, on Netflix. The series follows the adventures of a sibling duo, Toby and Teri who team up to help their animal friends to solve mysterious cases with the help of facts and clues they find. They follow whatever leads that come their way as they work in their own backyard.

The show is executive produced by Rich Magallanes and Moonju Kang and produced by Heewon Na and Kris Marvin Hughes. It is co-produced by Saban Capital Group and created by ENPOP and Saban Brands. Fans from all around the globe can watch the anime series because Netflix has launched Treehouse Detectives in more than 190 countries. The second season of the extremely kid-friendly and educational show premiered on November 9, 2018. Here’s everything we know about its upcoming season.

Treehouse Detectives Cast: Who is in it?

The main cast for this series includes voice artists Jenna Davis who voices Teri and Brody Allen who voices Toby. Teri and Toby are siblings who get together to solve crime. The rest of the cast involves their animal friends — a moose, chameleon, burrowing owl voiced by various artists.

Treehouse Detectives Plot: What is it about?

The show revolves around Teri and Toby who go on several adventures as detectives to solve mysteries. In the first season, Toby and Teri solve the case of the Buzzing Buddies and the crazy cup. Bean gets into huge trouble when a swarm of bees won’t stop irritating and chasing him. After arriving at the beach, Millie can’t find his measuring cups. In the next episode, they reveal the case of the Collapsing Castle and the Hurt Bird. Before sleeping, Rumy, Bean and Jay build a sandcastle, but something unthinkable happens. When they wake up, they see the castle destroyed. Who would have done it?

As the series progresses, we see them move on to solving The Case of the Invisible Owl as well as The Case of the Flying Pig. Rumy seeks help from Teri and Tobi when she is unable to fly like other birds. In the next episode, Rumy and Bean find themselves spooked out when they hear a squeak in the woods while searching for their ball. Teri and Tobi try to find the mystery behind the purple pond where water turns purple in the spring. They are also on the case of a talking rock where Rumy claims that the rock talks back. Is it her illusion or does it really speak?

In the second season, the duo proceed to solve the case of a mysterious melody and the wandering water. Some unusual entity is stealing water in Acorn Springs, and Millie finds a mystery singer who creates perfect harmony while singing with her in the woods. Teri and Toby are excited to find out how rainbows are made. In the next episode, they try to unravel the case of the missing instrument and the suspicious snowflakes. Teri and Toby become really confused when they see snowflakes falling from the sky in the middle of summer. They also lend a helping hand to Rumy who dreams to play music in Millie’s band. In the next episode, Millie’s stick pile disappears, and Magic is to be blamed. On the other hand, Bean realizes that his secret stash of acorns has gone missing. In the next episode, Teri and Toby help a shy and a small hedgehog to find her parents while facing her fears. Rumy reaches out to them and claims that he has seen a monster at Pistachio Pond.

In the subsequent episodes, Bean seeks help from Teri and Toby to catch a shooting star. Then he proceeds to understand the mystery behind a flying fish. Millie attempts to find the reason behind a melting snow statue in the winter season. A clumsy crane needs help from Toby and Teri who befriends a group of other birds. Millie’s cupcakes go missing which she had made for Bean for his birthday. Finally, the festival of friends has arrived, but all the gifts have gone missing. Teri and Toby try to detect and solve the case before New Year’s Eve. Will they solve the mystery in a limited time?

Treehouse Detectives Season 3 Release Date: When will it premiere?

Treehouse Detectives season 2 premiered on November 9, 2018. The show is immensely popular among kids, so there’s every chance that it will be renewed for another season. Though, Netflix hasn’t made any official announcement confirming the third season. Our best guess is that if the show does get renewed, Treehouse Detectives season 3 can release sometime in November 2019. We will update this section as soon as we hear more.

While we wait for an update onTreehouse Detectives season 3, check out the season 1 trailer to refresh your memories. If you haven’t seen the show yet head over to Netflix to catch all the episodes of the previous seasons.