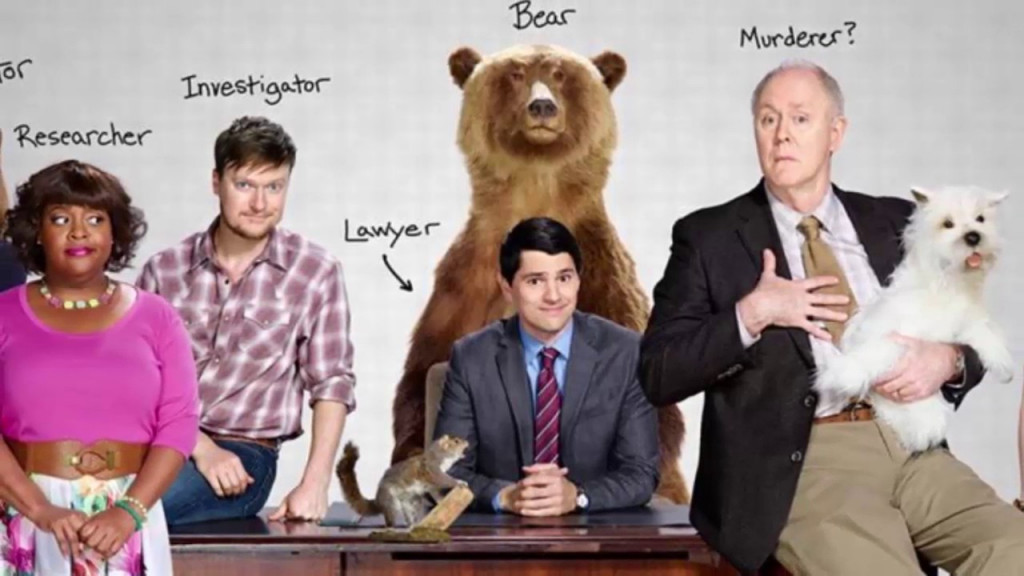 ‘Trial & Error’ is an American sitcom television series that airs on NBC. The show first premiered on March 14, 2017. produced by Warner Bros. Television, the series is a mockumentary and makes excellent use of surreal comedy. It has been created by Jeff Astrof and Matt Miller.

The entire show is actually a spoof of the many crime documentaries that we see, and it follows the story of an idyllic scene being rocked by a horrific murder, and then the crazy antics that follow during the trial of the accused. After so many shows on lawyers, court, and trials, this show presents a humorous view of all the lawyer shows out there. Notably, this anthology series has quite a strong fan following, because it offers something new by way twisting a familiar genre and making it funny. Crime and legal shows are a dime a dozen, and to brazenly poke fun at these popular genres while keeping their own artistic aesthetic intact, is something that ‘Trial & Error’ does masterfully. The critics have also praised this and said that the series “hilariously parodies the true-crime genre with consistent laughs, irreverently funny ‘stupid humor,’ and animated characters who populate the show’s dependably entertaining narratives”.

Since ‘Trial & Error’ is an anthology series, the cast varies from season to season. However, there are some overlaps. The main characters include Nicholas D’Agosto of ‘The Office‘ and ‘Final Destination‘ fame, in the role of Josh Segal. He plays the role of a lawyer from New York who gets caught up in the murder trial and has to deal with the crazy antics of the rest of his legal team much to his chagrin. As the plot progresses, he also gets caught up in a love triangle. Jayma Mays of ‘The Smurfs‘ fame plays the role of Carol Anne Keane. She is the prosecutor for the case Segal is defending and is his rival. Things get a little complicated when they become lovers as well.

Trial & Error Plot: What is it about?

The main plot of ‘Trial & Error’ changes from season to season, as it is an anthology series. Thus we are first introduced to this legal comedic mockumentary, where Segal, a bright New York lawyer, settles in the fictional town of East Peck, in South Carolina. He has an oddball defense team and they solve cases from behind a taxidermy shop.

While the first season sees them defend a compulsively eccentric poetry professor, who has been accused in the bizarre murder of his beloved wife, the case becomes harder than expected. The professor’s eccentricities make him look all the more guilty. The following season, subtitled ‘Lady Killer’ sees the legal team go to bat for the town’s beloved debutante, who has been accused in the murder of her husband. Complicating matters is the fact that the attorney Segal has to go up against, is an ambitious woman looking to prosecute this case to further her career, so naturally, she is not one to back down. On top of that, Segal sporadically has sexual relations with her, throwing a metaphorical wrench in the works of the case.

The series is effortlessly funny, giving the vibes of a cozy murder mystery that has a sense of bemused affection for the rural setting where it takes place. The series does not take itself too seriously and intentionally screws with the genre of crime documentaries and their habit of telling heavy truths. It does so by restructuring their entire murder case with the most outlandish details possible. A critic has rightly surmised, “But what “Trial & Error” does know is just how easy and fun it is to watch talented performers commit to being ridiculous — especially around the organizing principle of the murder mystery, which most of us could follow along with, in our sleep. The show is a lighthearted, zany spoof of shows like “The Jinx” and “Making a Murderer,” those true-crime documentary series that take a viewer into the real-time investigation of a convoluted case.”

Although some of the jokes in the show can be seen coming from afar, the way the punchlines are delivered still retains the humor that is there to it. It also organizes the element of mystery excellently, which is vital, since the act of murder is a pivotal aspect of the show’s structure. It uses suspense to provide a structure leading to sillier moments and for the sake of hilarity. To conclude, ” ‘Trial & Error’ is a comedy of errors, conducted by very silly people in a small town that is enough removed from the real world that the stakes of this murder seem very low, indeed.”

Hopefully, if the show does continue, it will keep the themes the same, since that is what is special about it. It was always intended to be an anthology series, so if there is another season, we expect to see a whole new case, with its share of suspense, gimmicks, and obviously fun.

Trial & Error Season 3: When will it premiere?

‘Trial & Error’ Season 2 premiered on July 19, 2018. As far as the next season goes, we have bad news for the fans. On January 16, 2019, NBC announced the cancellation of the show. Considering the declining viewership of the show, it was expected that NBC may not continue for another season. Though, fans should not lose all their hopes. There’s still a possibility that some other network picks up the show. If that happens, we will update you about ‘Trial & Error’ Season 3 release date.

While we wait for any positive news on ‘Trial & Error’ Season 3, check out the season 2 trailer to refresh your memories. If you haven’t seen the show yet, head over to NBC to catch all the episodes of the previous seasons.