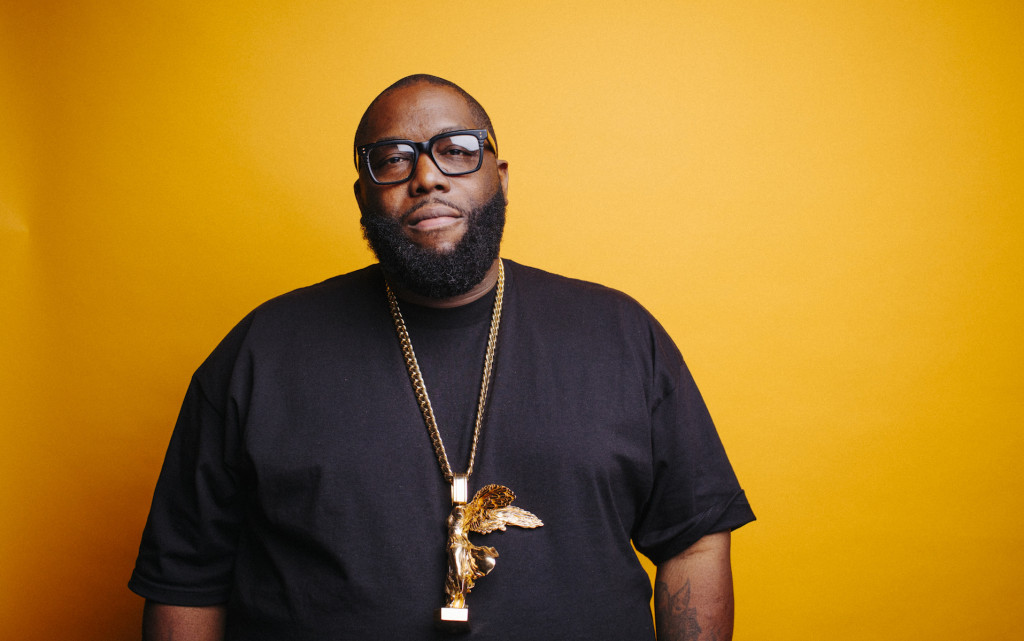 Take a popular musician with strong opinions, add in kooky ideas about how to bring about social change, and give him his own docu-show! That is precisely what Netflix has done in the case of Trigger Warning with Killer Mike. This hilarious series features popular rapper, Grammy winner and activist Killer Mike who gets the chance to test out his potentially far-reaching, comprehensive ideas on bringing change in the social scene.

The rapper host of the documentary style show takes this opportunity to explore a myriad of issues in America affecting the black community, from drug addiction to religious obsession, gang-related concerns and poverty qualms. He comes up with an often bizarre social experiment in every episode and posits powerful albeit controversial ideas about how to solve some of these issues and to clear misconceptions about them in America. He employs his social media standing as well as his music to address issues such as gun control, racial injustice, brutal treatment at the hands of police, especially against black Americans, and Netflix serves as the carrier to take his message to a wider audience.

The first season of the show premiered on January 18, 2019. It is produced by Elegant Elephant Productions, Working For Monsters, Friends Night, Fake Wood Wallpaper Films, and Debaser.

Trigger Warning with Killer Mike Cast: Who’s in it?

The Netflix show, Trigger Warning with Killer Mike, is a thought experiment of sorts. This docuseries is developed by Michael “Killer Mike” Render, with Daniel Weidenfeld, Nick Weidenfeld, and Vernon Chatman and stars Killer Mike (aka Michael Render) at the centre. In various episodes, he tries to fix what he perceives as problems in religion, education, and more.

One of the greatest assets of the show is its superb supporting cast, consisting of many strange and odd people from Mike’s personal life as well as the larger world. People like Patrick Goines, or Mike’s friend Sleepy, a vegan crip gang member, and so on.

Trigger Warning with Killer Mike Plot: What is it about?

In Trigger Warning with Killer Mike, social advocate Killer Mike shines a light on the importance of literacy and deconstructs values of religion, gangs, etc. through kooky social experiments that are hilarious at the same time. Take for instance this one episode which works on the premise that white gangs like Hells Angels leverage their privilege to sell merchandise and capitalize on the fact that America is fascinated with wrongdoers, but at the same time, gangs like the Crips get demonized. As a solution, he creates the Crip-a-Cola brand of soda to be manufactured and marketed by the Crips to destigmatise black gangs and earn some revenue.

Though the idea of the show is to be solutions-oriented, the process is one of trial and error, and the social experiments focus on finding the ways in which capitalism prevents change, especially for the purpose of empowering the marginalised.

The show also concentrates on the reasons behind why some experiments fail, but are yet worth trying, in an effort to centre some difficult conversations within safer settings. Killer Mike had claimed that Trigger Warning with Killer Mike had been a pipe dream for ten years before it finally made it to its pilot on FX. However, Killer Mike and his producer were far from satisfied and kept looking for other channels to understand their concept truly and pick it up.

It was then that Netflix came to their rescue. Killer Mike’s primary intention dissect conversations that are a routine at black barbershops and use it to provide a deeper inside into the community while simultaneously blending the entertainment factor with it. The results came as a surprise for Killer Mike who said, “In each episode, I found a humanity that I wasn’t looking for from a person I wasn’t looking for.”

Killer Mike brings to the show some superb comic timing that makes the most contrived of the scenes seem natural and call forth a guffaw. For example, in one episode he takes the gang members of the Crips to a bank, to the manager, so that they can get a loan for them to popularize their gang brand through the Crip-a-Cola soda, and the scene is a pleasure to watch.

Trigger Warning with Killer Mike Season 2 Release Date: When will it premiere?

The first season of Trigger Warning with Killer Mike premiered on Netflix on January 18, 2019, and has six episodes. The show polarized critical reception across the board – some of the people who watched it was put off by the tonal ambiguity, while others acknowledged the many innovative ways it tried to explore its subjects.

That aside, there has not been any official words on a second season form Netflix yet, so we do not know whether season 2 will be dropping anytime soon. If it gets renewed before fall 2019, our best guess is that Trigger Warning with Killer Mike season 2 can release in late 2020 or thereabouts. We will update this section as soon as we hear more.