When Will Trolls The Beat Goes On Season 9 Premiere on Netflix? 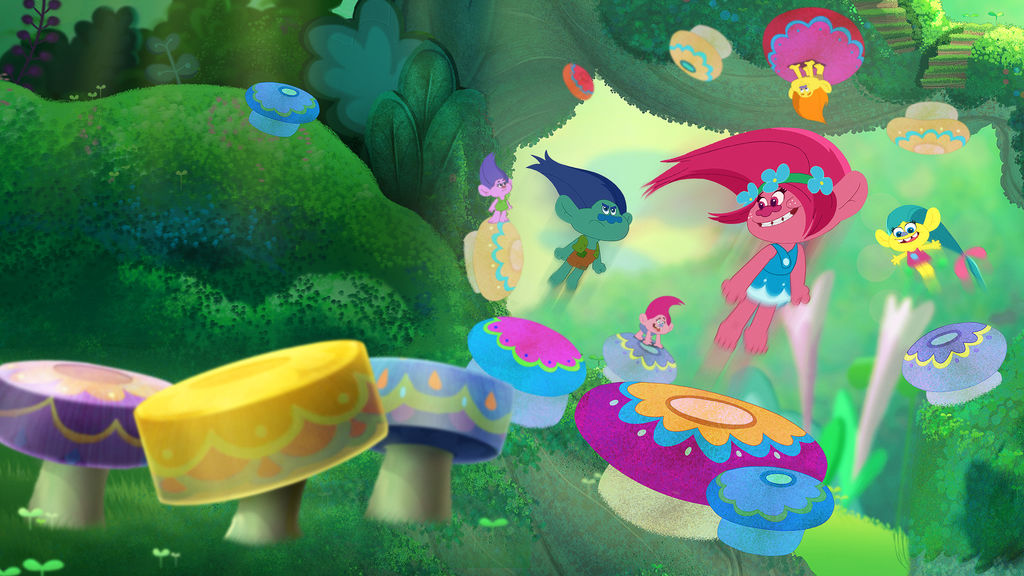 ‘Trolls’, an animated romantic musical comedy by DreamWorks became an instant hit after its release in 2016. The animated film won a lot of hearts and has now expanded into an equally successful television series, called ‘Trolls: The Beat Goes On!’. Produced by DreamWorks too, the television series picks up from where the movie left off. The show’s reach across the globe is stunning, to say the least. It is broadcast over five continents and is available for streaming on Netflix regardless of the place. Despite poor ratings from critics and many audiences, ‘Trolls: The Beat Goes On!’ still has a lot of traction in terms of viewership.

Season 1 of ‘Trolls: The Beat Goes On!’ released on Netflix on January 18, 2018. Subsequently, it was renewed for Season 2, which premiered on the streaming service on March 9. Five months later, Season 3 premiered on August 24, and Season 4 made its way to viewers’ screens on November 2 last year. Most recently, on January 18, 2019, Season 5 of ‘Trolls: The Beat Goes On!’ premiered. While Seasons 1, 3, 5, and 6 consisted of six episodes each, Seasons 2, 4 and 7 consisted of seven episodes each.

Trolls: The Beat Goes On! Cast: Who is in it?

The bunch of trolls in the show is voiced by voice actors. The cast and crew have largely remained the same over the course of the past five seasons. Amanda Leighton, Skylar Astin, Ron Funches, Kari Wahlgren, David Fynn, and Sam Lerner play the characters of Branch, Queen Poppy, Cooper, Bella Brightly, Biggie, and King Lerner, respectively – the same characters they had played in the ‘Trolls’ movie. Other characters, too, are voiced by the same voice actors who were there in the movie. The televised version has been developed by Matthew Beans, who continues to oversee the production of the new seasons.

All the main voice over actors are expected to return for season 9.

Trolls: The Beat Goes On! Plot: What is it about?

The show picks up where the film ‘Trolls’ left off, and the series follows Queen Poppy, her boyfriend Branch, the Snack Pack, other trolls as they go about their lives in their idyllic forest home, Troll Village. In the show, the trolls have to get used to cohabitation with King Gristle and Bridget, as well as their grumpy Bergen pals. The trolls’ interaction with the Bergens often result in a clash of cultures, yet this does not dim the positivity that we’ve come to associate with the trolls. Filled with irreverence and music and random dance parties, ‘Trolls: The Beat Goes On!’ will not disappoint fans of the movie.

The first 7 seasons of the show have presented new hair-raising adventures that the Trolls have to face. While some of the episodes of the show have been a big hit with the audiences, others haven’t been received particularly well. Now that Season 8 has aired, it remains to be seen what becomes of Queen Poppy and Branch, and whether more adventures await the beloved trolls.  In terms of ratings, ‘Trolls: The Beat Goes On!’ has a very mediocre rating of 5.9/10 on IMDb.

Trolls: The Beat Goes On! Season 9 Release Date: When does it premiere?

Netflix has been quick to renew the show that enjoys particular popularity among young audiences. Considering the fact that the show has seen 8 seasons in quick succession, it is likely that ‘Trolls: The Beat Goes On!’ will get renewed for a 9th season. Our best guess is that Beat Goes On Season 9 will premiere sometime in February 2020. We will update this section as we learn more.

Trolls: The Beat Goes On! Trailer:

While we wait for season 9, you can watch the trailer and the previous seasons directly on Netflix.