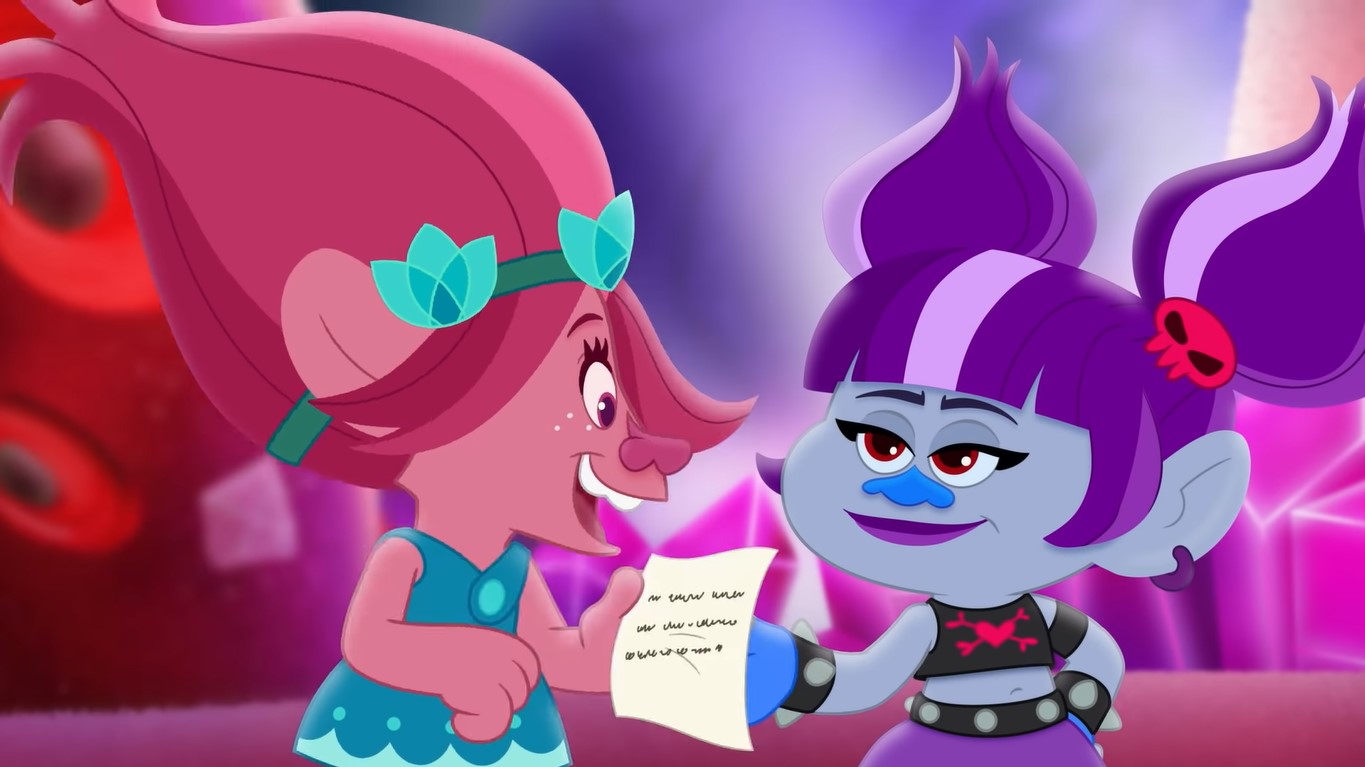 Developed by Matthew Beans, Hannah Friedman, and Sam Friedman, ‘Trolls: TrollsTopia’ is an animated kids show that begins after the events of the movie ‘Trolls World Tour.’ Poppy conducts an experiment called “TrollsTopia” in order to unite the scattered Trolls. As a result, the delegates from all Troll Tribes are invited to live in Troll Forest, hoping they move past their issues.

The series serves as the second ‘Trolls’ spin-off show and is mostly derived from ‘Trolls: The Beat Goes On!’ Fans of the franchise love the show, especially because of its inventive approach to music and its impeccable execution. Since its release on November 19, 2020, the show has amassed a great fanbase and spawned six seasons. Now, fans are anticipating another one, so here are a few updates on a potential seventh season!

‘Trolls: Trollstopia’ season 6 released in its entirety on February 18, 2022, on Hulu and Peacock. The sixth season has six episodes, each one running for around 23 minutes each.

With regard to the seventh season, here is all that we know. Neither Hulu nor Peacock has released any updates about the show’s return. However, the show has been doing really well, as stated by Executive producer Matthew Beans in an interview conducted in March 2021. Initially, he was concerned over its possible failure, but Beans was proven wrong. He was surprised and delighted to see the love the inaugural season of ‘Trolls: Trollstopia’ received, which paved the way for six seasons.

Therefore, considering its popularity and steady ratings, it seems like the series is likely to get recommissioned by the networks. If everything works out, we can expect an update regarding its future quite soon. In all probability, ‘Trolls: Trollstopia’ season 7 is expected to release sometime in Q2 or Q3 2022.

Trolls: Trollstopia Season 7 Cast: Who can be in it?

Considering how the aforementioned characters are pivotal to the story, we expect their respective voiceover actors to return in case the seventh season gets greenlit. Other recurring members of the voice-cast who could return to lend their voice are David Fynn (Biggie/Mr. Dinkles), Fryda Wolff (DJ Suki, Satin, and Chenille), Ron Funches (Cooper), and Sean T. Krishnan (Guy Diamond), among others.

Trolls: Trollstopia Season 7 Plot: What can it be About?

Like its predecessors, season 6 focuses on Trollstopia and the problems that take hold of Poppy’s clan. To alleviate the problems and establish peace, Poppy tries her best to bring the Pop Trolls together and work in unison. Every episode features different characters such as an enormous Cloudback Whale, Rhythm & Blues, Dante, Guy Diamond, and many more. Likewise, the prospective seventh season will feature exciting and interesting stories about the residents of Trollstopia. We could also see new characters emerge and take us on new journeys.