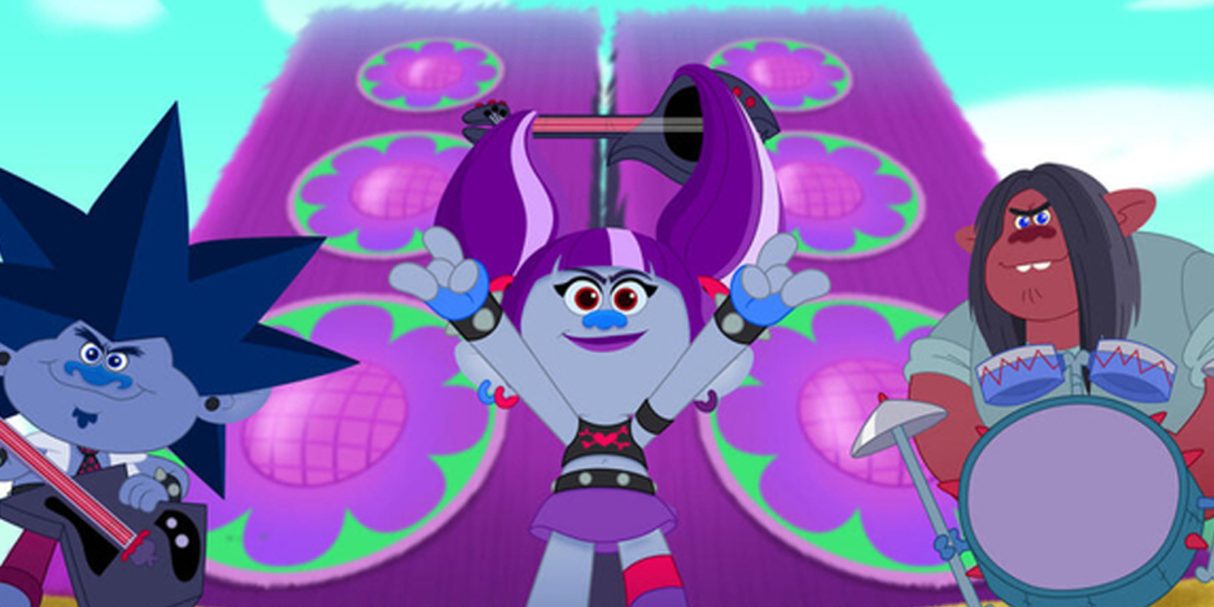 Developed by Matthew Beans, Hannah Friedman, and Sam Friedman, ‘TrollsTopia’ AKA ‘Trolls: TrollsTopia’ is an exciting and hilarious animated comedy-musical series based on the ‘Trolls’ universe created by DreamWorks Animation. A sequel to ‘Trolls: The Beat Goes On!,’ the series paints the magical and eccentric world of Trolls. The musical community of these adorable little creatures is diversified into Pop Trolls, Funk Trolls, Hard Rock Trolls, Country Western Trolls, and Classical Trolls, who mostly sing, party, and make merry.

Following its original release in November 2020, the fan-favorite series has spawned five seasons amidst considerable critical acclaim and fan praise for its fun character sketches and catchy musical numbers. However, following the cliffhanger ending of the fifth season, you must be wondering about the prospects of a follow-up installment. If that is the case, let us spill all the beans.

‘TrollsTopia’ season 5 premiered in its entirety on December 9, 2021, on Hulu and Peacock TV. The fifth season packs 7 episodes with an average episodic runtime of 22 minutes.

Let us now divulge everything we know about the follow-up season of the animated streaming television series. The original network is yet to renew the show for another season officially. However, the popularity of the series and its massive viewership hints at the possibility that the network will move further with the show.

Furthermore, the show is available in seven languages other than English, including Arabic, Italian, Mandarin, Portuguese, and Persian, which is indicative of the show’s immense popularity. Although we can’t put a date in the absence of an official announcement, if the network renews the show and follows the premiere routine of the previous seasons, we expect ‘TrollsTopia’ season 6 to premiere sometime in Summer 2022.

TrollsTopia Season 6 Cast: Who can be in it?

TrollsTopia Season 6 Plot: What can it be About?

The series creates its electrifying ambiance with parties, lights, and music! Music is all about inclusion, and the fifth season begins with the tiny Trolls welcoming a K-Pop girl group on a daunting mission. On the other hand, Holly Darlin’, the ambassador of Country Western Trolls, and Val Thundershock, the ambassador of Hard Rock Trolls, are pretty fascinated to meet a Bergen.

Meanwhile, Synth, the Techno Trolls ambassador, teams up with Classical Troll delegate Minuet Sonata to embark upon a journey through the “Tunnel of Friendship.” Moreover, as characteristic of the show, the fifth season of the animated series features much high-spirited revelry, bursting into songs, and of course, cupcakes.

Season 6 will possibly give the viewers another sprawling tour of the titular TrollsTopia. The creators will possibly conjure several fantastic situations and perils that the show is known for, only to wrap things neatly with catchier tunes. There will be more promises of friendship, while a few more adventures will keep the season exciting. The ‘Trolls’ universe has ample scope for expansion, so we may also see some new characters being introduced in the sixth season. Rest assured, there will be more partying, dancing, and good vibes in the follow-up season!