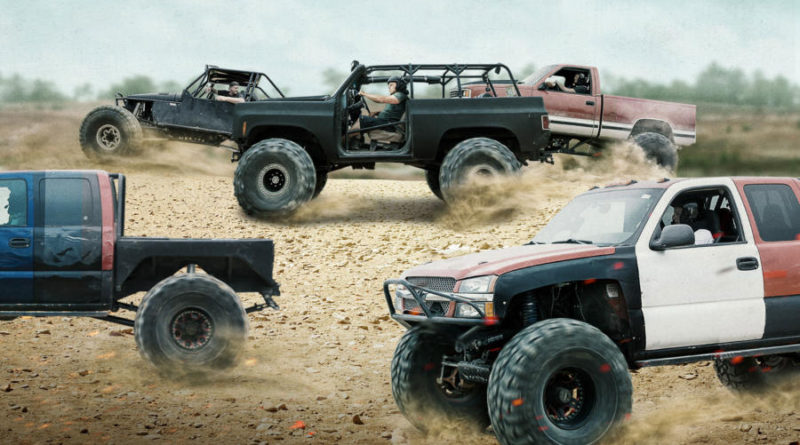 ‘Truck Night in America’ is a reality television show that airs on the History Channel. The series first premiered on March 8, 2018. It is a truck race series in which the contestants compete fiercely for the grand prize money of $10,000. They are made to prove their worth in a series of elimination contests and the top two performers are selected for the final contest. A total of fifty contestants participate in the show and are asked to perform grueling races that test not only their driving skills but also their agility and patience. The show is all about high-octane racing and zip zapping through the race courses that enthrall the viewers.

Over the seasons, the show has garnered a solid fan base, not only among those who are enthusiastic about racing but among vehicle enthusiasts as well, since the show explores how to best customize the trucks to gain maximum efficiency ahead of the tests that the vehicles are put through.

Truck Night in America Cast: Who is in it?

The main cast of ‘Truck Night in America’ features desert race champion and an expert truck builder “Pistol” Pete Sohren, dirt track racer Glen Plake, expert fabricator and truck builder Abe Wine, and the master fabricator and rock crawling champion, Rob “Bender” Park. All of them play the role of mentors guiding and coaching the contestants. The contestants themselves vary from episode to episode.

Hopefully, we will see the mentors return in the upcoming season, as well as a slew of fresh contestants who will be looking to win the race and take the title and the prize home. Unfortunately, Pete will not be returning in the upcoming season, since he tragically died in an off-road accident in San Felipe in January 2019. However, he might be replaced by another mentor, but we will have to wait and see who the new mentor is.

Truck Night in America Plot: What is it about?

‘Truck Night in America’ is a race competition in which 50 truck owners from all over America participate to show off their driving skills and head back home with the prize money of $10,000. The contestants are eliminated one by one based on their performance in the elimination rounds. When there are only four contestants, four skilled truck builders and racing experts take one of them under their wing and mentor them. These four contestants are made to compete in the next round, and the top two performers are chosen for the final three-mile race known as “The Green Hell”. Whoever finishes the race first or the one who goes the maximum distance is declared the winner and is rewarded with the prize money of $10,000.

The show was particularly a hit among the youngsters and race enthusiasts. There are minor changes in some of the events in each episode, but largely the format remains the same in each episode. The show is just not about the speed, but also the durability, and handling of the truck. The tests and challenges are designed to judge the vehicle in its totality. While the racing itself is fun, vehicle enthusiasts might enjoy the hour-long preparation time that is given ahead of every challenge. The drivers are allowed to make adjustments to their vehicles so as to make them better suited for the particular challenge they have to face. Thus it is not just driving they are looking for in the truck owners, but intimate knowledge of the vehicles as well. As the competitors bring their best to the tracks, they are guided by the mentors at the later stages.

These mentors are essentially experts around vehicles like these and are perfectly placed to lend a guiding hand to the competitors. However, this does not mean that the mentors will do the job for them. Through tough love and constructive criticism, the mentors comment on the strategies and modifications made to the trucks by the competitors.

The hosts also make for great chemistry on the screen, which makes the entire process of the race much more exciting for the viewers. It is not new news that plenty of Americans enjoy trucks and trucking. One only needs to get out on the highways to know the nation’s fascination with trucks. The series is the embodiment of this fascination, and it does not hesitate to take it to the next level, as it also tests the knowledge and application of the same on part of the truck owners. It is not just enough to love your vehicle and to like high speeds for this show, you must also intimately know what is best for your vehicle, and be ready to go the extra distance to win. The bond between a man and his vehicle is one that has been portrayed and romanticized in popular culture and entertainment for a long time. We see it at its most pure and raw, here.

Hopefully, in the upcoming season, the show will continue in a similar manner and we will see the competition heating up among the new contestants, as the mentors guide them even better towards becoming the champion of the series of grueling tests. Maybe the show can shake things up and introduce a few new challenges a well to make things interesting for the viewers and the participants.

Truck Night in America Season 3 Release Date: When will it premiere?

‘Truck Night in America’ Season 2 premiered on January 31, 2019. While History Channel has not yet renewed or canceled the show, there is a good chance that it will return for another season. Considering the popularity of the show among the niche but loyal audience, Season 3 is most likely to be greenlit. Our best guess is that if the show does get renewed, ‘Truck Night in America’ Season 3 will most likely release sometime in January, 2020. We will update this section as soon as we hear more.

While we wait for an update on season 3, check out the season 2 trailer to refresh your memories. If you haven’t seen the show yet head over to History Channel to catch all the episodes of the previous seasons