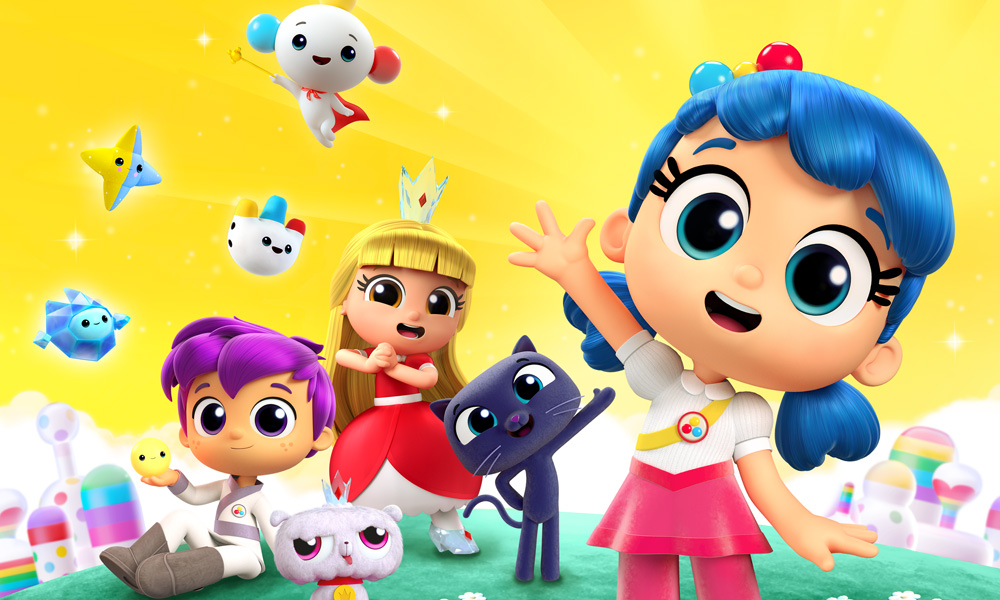 ‘True And The Rainbow Kingdom’ is an original Netflix animated show created by Jeff Borkin, Samuel Borkson, Arturo Sandoval III, and Bill Schultz that first premiered on August 11, 2017. The series is produced by Guru Studio, Home Plate Entertainment, and the multimedia creative studio owned by rapper Pharrell Williams called ‘I Am Other’.

The story of the show revolves around a girl called True who lives in the Rainbow Kingdom along with other fascinating characters. She, however, is the only one in the kingdom who has magical abilities. The show became so popular that Netflix launched two spinoff shows in 2018: ‘True: Magical Friends’ and ‘True: Wonderful Wishes’.

True And The Rainbow Kingdom Characters

A little 8-year-old girl called True is the main character of the show. She is very courageous, sharp, and bursting with energy. Whenever a tough challenge comes her way, True rises up to the occasion. Moreover, True also has the power to activate magical energy from the Wishes tree. The character is voiced by Michela Luci.

True has a pet-cum-friend called Bartleby (Jamie Watson). Bartleby is anthropomorphic, meaning he can talk like humans. He is also very sharp-tongued, witty, and puts up a courageous facade all the time. Only Rainbow knows how scared he actually is. Moreover, Bartleby is a highly opinionated individual and provides commentary on the situation currently underway in the show.

The ruler of Rainbow Kingdom is aptly named Rainbow King. He is also a fine ruler, with all the noble qualities a king is expected to have. In all of True’s adventures, Rainbow King helps her in one way or another. However, he never tells her exactly the message he wants to convey, instead preferring to garb it within riddles so that True can always find her own way. The character is voiced by Eric Peterson.

True has a friend called Zee (Dante Zee), who works for the king and is a ‘wishologist’. He knows all about the technical aspects of wishes, and how strong each one of them actually is.

Princess Grizelda is another major character. She is a loner and somewhat selfish. However, she is not evil at all. True always keeps trying to be friends with her. Grizelda has a pet dog called Frookie.

Last but not the least, the inanimate ‘Wishes’ are also major characters of the show. They cannot speak, but use sounds to communicate. Each Wish has a personality of its own, and they also need to train regularly with Zee so that they can be available whenever True needs them to protect the Rainbow Kingdom.

True And The Rainbow Kingdom Plot: What is it about?

Like many other children’s animated shows, ‘True And The Rainbow Kingdom’ does not follow a plot, but each episode is a story unto itself. The Rainbow Kingdom, as the name suggests, is a colorful place with amazing creatures and people. And whenever anyone falls into trouble, True and Bartleby try and help him/her in any way possible. Almost in all episodes, it becomes essential to take Zee’s help and go to the magical wishing tree where the Wishes nest. True has the magical potential to call upon the Wishes during her time of need.

To get an idea of how True uses the Wishes to help those in need, let us take the example of the very first episode of the show, called ‘Super Duper Dance Party’. Here, the Super Duper Dance Party is an event loved by all the citizens of Rainbow Kingdom. DJ Bingo Bango has been brought in for the music, but he cannot seem to please any of the attendants, especially Grizelda. Thus, to help boost his confidence, True decides to go to the wishing tree and ask for three Wishes. The three wishes she chooses are the wiggly wish, the metronome wish, and the amplifier wish. With the wiggly wish, True uplifts Bingo Bango’s spirits, with the metronome wish, she manages to keep the beat in check, and when on returning to the venue True sees that most of the attendants have left, she uses the amplifier wish to make the entire kingdom listen to Bingo Bango’s music.

Each episode of ‘True And The Rainbow Kingdom’ has some moral values which children can learn along with being entertained by the magic, the colors, and the adventures of True and her friends.

True And The Rainbow Kingdom Season 4 Release Date: When will it premiere?

‘True And The Rainbow Kingdom’ season 3 premiered on August 30, 2019. After the success of the show, Netflix decided to come out with two spinoff series of the show involving more characters. The fact that the makers came out with spinoff shows just one year after the original show aired points to the fact that they are surely interested in exploring True’s universe further. If they do plan to do such a thing, it will not be too presumptuous to expect more new spinoffs the show getting made. We also expect the show to get renewed, and ‘True And The Rainbow Kingdom’ season 4 to premiere sometime in December, 2019. We will update this section as we hear more.

True And The Rainbow Kingdom Trailer:

While we wait for season 4, check out this trailer to refresh your memories. If you haven’t seen the show yet, head over to Netflix to catch all the episodes of the previous seasons.