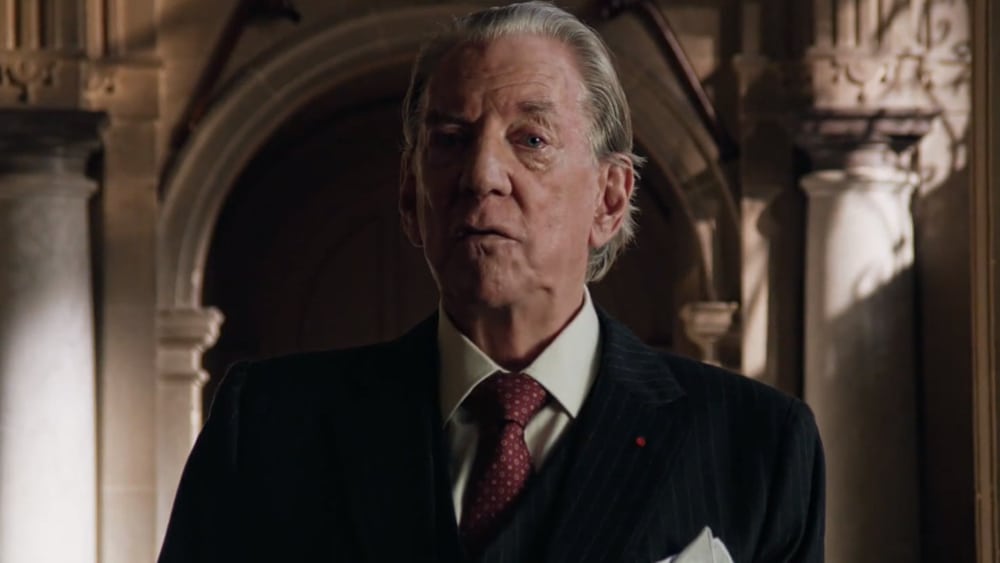 ‘Trust’ is an American anthology drama television series that airs on FX. Created and written by Simon Beaufoy, and directed by the ‘Trainspotting’ series director Danny Boyle, the show follows the infamous real-life abduction case of John Paul Getty III, the grandson of American oil tycoon John Paul Getty, who was once the richest man in the world. For those unaware, ‘Trust’ isn’t the first retelling of this incident – Sir Ridley Scott’s 2017 film, ‘All the Money in the World’, deals with the same case and is an adaptation of John Pearson’s 1995 book, Painfully Rich: the Outrageous Fortunes and Misfortunes of the Heirs of J. Paul Getty.

On March 9, 2016, FX announced that it had greenlit ‘Trust’ for a 10-episode first season, and Season 1 premiered two years later on March 25, 2018. Television critics hailed the show for its vivid reenactment of the incident and the strong performances by the cast members, while viewers also praised the gripping show. Now, fans and critics are awaiting news about Season 2, and it’s likely that the show will see a second season. Here’s everything we know about it thus far.

Trust Cast: Who is in it?

‘Trust’ has a long list of main cast members, and boasts quite a few stars among its ranks.

Two time Academy Award winner Hilary Swank, meanwhile, plays the role of John Paul Getty III’s mother, Gail Getty, who was married to J. Paul Getty Jr. for nine years and had four kids with him. However, they divorced later, and Gail was denied any access to the Getty fortune. In the show, a penniless Gail has to negotiate with both the increasingly desperate kidnappers and the stubborn and frugal John Paul Getty Sr. in order to save her son. Gail’s ex-husband and John Paul Getty III’s drug-addict father, J. Paul Getty Jr., is played by Michael Esper.

If ‘Trust’ gets renewed for a second season, we would expect most of these cast members to make a comeback and reprise their roles as they all play roles which are quite important to unfolding of the story.

Trust Plot: What is it about?

‘Trust’ brings to life one of the most publicized and infamous events of the 20th century. Set in 1973, the show covers the kidnapping of John Paul Getty III, who was abducted on July 10, 1973 by the ‘Ndrangheta crime syndicate in Rome when he was just 16 years old. Following the abduction, the kidnappers demanded a ransom of $17 million (equivalent to more than $96 million now), and J. Paul Getty Jr. and his ex-wife Gail Getty appealed to J. Paul Getty Sr. for the ransom money.

However, the oil tycoon refused to give in, arguing that paying the ransom would make him look weak and would make his 13 other grandchildren susceptible to kidnappings. In fact, many thought John Paul Getty III had faked his own kidnapping to get money for himself and his girlfriend from his rich but frugal grandfather. However, the kidnappers persisted, and to show that they were serious, cut off one of John Paul Getty III’s ears, and sent it to the media. After much drama and negotiation, J. Paul Getty Sr. eventually relented, and agreed to pay a negotiated ransom amount which was much lower than the original $17 million initially demanded by the kidnappers. Following the payment, John Paul Getty III was released by the kidnappers, and was found alive on December 15, 1973 at a petrol station in the province of Potenza.

This six-month ordeal that the Getty family went through is dramatized in the show. However, where the show differs from the accepted historical accounts of what went down is that it shows John Paul Getty III to be complicit in his own kidnapping.

Understandably, the show did not go down well with the surviving members of the Getty family, and John Paul Getty III’s sister, Ariadne Getty, said that in March 2018 that she was contemplating legal action against FX. Explaining Ariadne’s conviction to sue FX, her lawyer Martin Singer released a statement saying that the show was a “a cruel and mean-spirited defamatory depiction” of the Getty family. “It is ironic that you have titled your television series ‘Trust’. More fitting titles would be ‘Lies’ or ‘Mistrust’, since the defamatory story it tells about the Gettys colluding in the kidnapping is false and misleading,” Singer further added.

Yet, despite the controversy, show creator Simon Beaufoy explained his decision to depict John Paul Getty III as complicit in his kidnapping, saying, “The more research I did, the more I realized [Paul] arranged his own kidnapping. There’s a very good book written by Charles Fox, [Uncommon Youth: The Gilded Life and Tragic Times of J. Paul Getty III], who interviewed everybody in the family…It became clear, reading in between the lines…that he actually kidnapped himself…”

As far as reception is concerned, ‘Trust’ enjoys critical acclaim, and has a good Rotten Tomatoes score of 80%, with the critics consensus reading, “Donald Sutherland delivers a powerful turn as the titular Getty in Trust, yet another telling of the affluent family’s saga.” On IMDb, the show has a good rating of 7.6/10.

Trust Season 2 Release: When is it coming out?

Although Season 1 of ‘Trust’ saw its conclusion air on May 27, 2018, FX has not made any renewal announcement yet. However, director Danny Boyle had earlier told The Hollywood Reporter, “Way, way back, we envisioned this as a five-season series. Then they [FX] rationalized it — and intensified it — down to three.”

Thus, it appears that FX does have a renewal planned, and the question now is when they’ll announce it. We would think the controversy has something to do with the delay in announcing a renewal, but we can’t say for sure. Our best guess is that if the show gets renewed, Trust season 2 can release sometime in 2020. We will update this section as soon as we hear more.

While we wait for a renewal announcement from FX, here is the trailer for Season 1 of ‘Trust’ to give you a glimpse into the show and what unfolds in the first season.