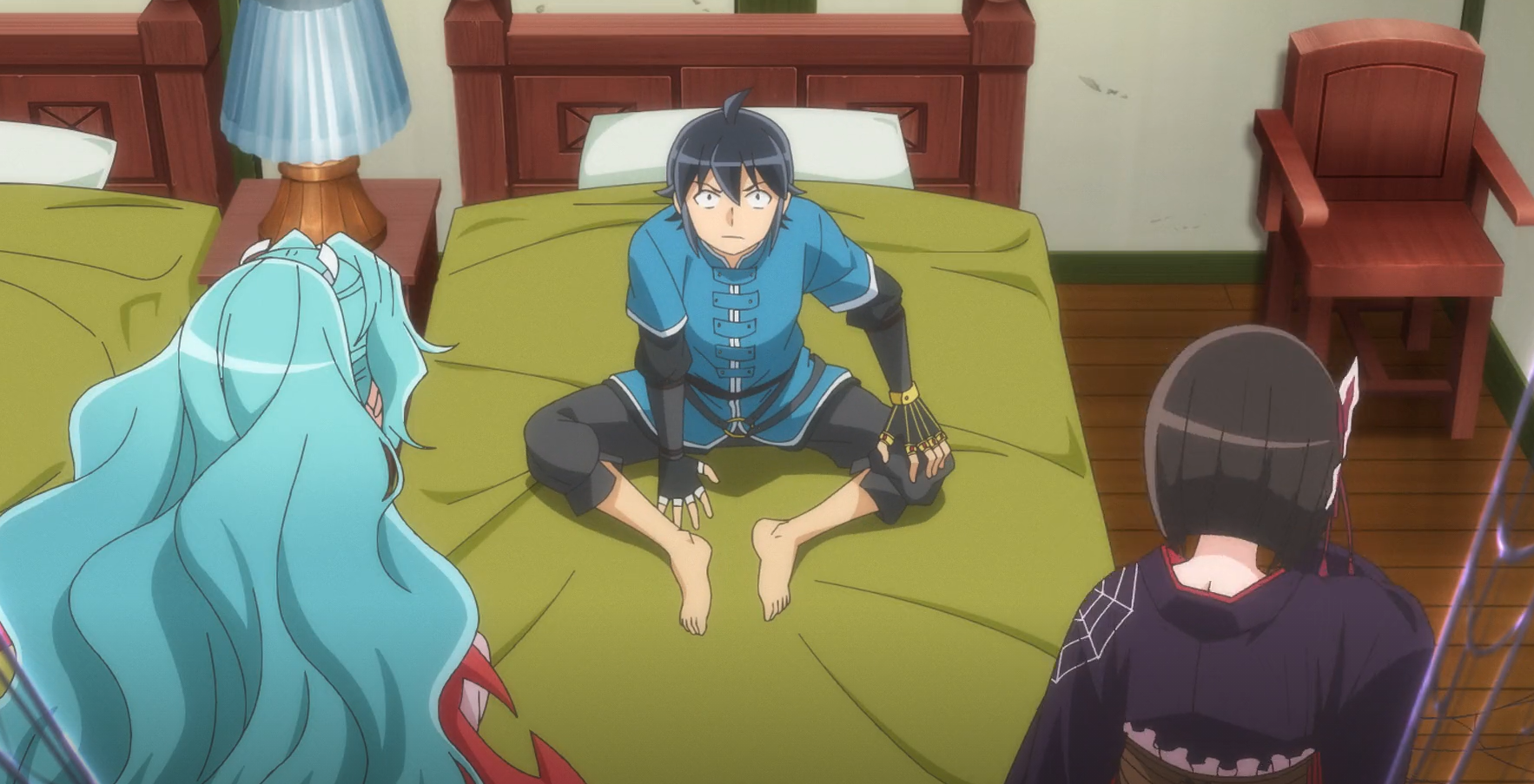 ‘Tsukimichi: Moonlit Fantasy’ or ‘Tsuki ga Michibiku Isekai Douchuu’ is a fantasy isekai anime that is based on the Japanese fantasy light novel series of the same name written by Kei Azumi and illustrated by Mitsuaki Matsumoto. The series follows Makoto Misumi, an ordinary high schooler who gets transported to another world because of a contract that his parents made a long time ago. However, the goddesses of his new world do not like the way he looks, and they decide to strip him of his titles before banishing him to the farthest edges of the wasteland.

Unfazed by the rudeness, Makoto instead builds a community of different species that coexist with one another. The anime first premiered on July 7, 2021. Here is everything you need to know about its upcoming episode.

‘Tsukimichi: Moonlit Fantasy’ episode 10 titled ‘Hidden Ogre Village’ is all set to premiere on September 8, 2021, in Japan. It will air on Tokyo MX, MBS, and BS NTV at different times. The isekai anime is developed by C2C, with Shinji Ishihira helming the directorial team and Kenta Ihara leading the writing staff.

The characters are designed by Yukie Suzuki, while the series’ music is composed by Yasuharu Takanashi. Syudou has performed the opening theme song, “Gamble,” and the ending theme song, “Beautiful Dreamer,” is sung by Ezoshika Gourmet Club.

‘Tsukimichi: Moonlit Fantasy’ is available for streaming on Crunchyroll with original Japanese audio and English and Italian subtitles. The latest episodes are also accessible on VRV. You can also stream the latest episodes on Netflix Japan and Ani-One’s YouTube channel (With Ani-One® ULTRA™ membership).

In episode 9, Makoto celebrated the establishment of his trading company with the inhabitants of the demi-plane. He gives dwarf permission to run his shop since his contact with the outside world can help him learn more about advanced weaponry. Later that night, when Makoto practices alone, Mio and Tomoe get scared as they fail to sense his presence. It turns out that his deep focus somehow blends his presence with the surroundings making it impossible to trace him.

Tomoe notices that his mana is increasing at an absurd rate, and he will soon surpass the goddesses as well. However, she warns him that they will definitely exterminate him if they get to know about it. The following day he accidentally ends up in a red-light district where he is approached by a woman. When Tomoe and Mio see this, they immediately take him to their hotel room, where after a brief argument, Makoto tells them to mind their own business.

It infuriates the duo, who rips his cloth apart and starts to undress. Makoto panics as soon as he realizes what is about to unfold and uses his powers to teleport to the demi-plane. When Mio prepares to go to the Tinarak forest, he requests her to take him along with her. Although they find rare flowers, they are attacked by a few people and are forced to retreat. In episode 10, Makoto may try to take things under his control before Mio loses his cool. He will probably manage to have a dialogue with the protectors of the ambrosia flowers.