Tuca and Bertie Season 3: Everything We Know 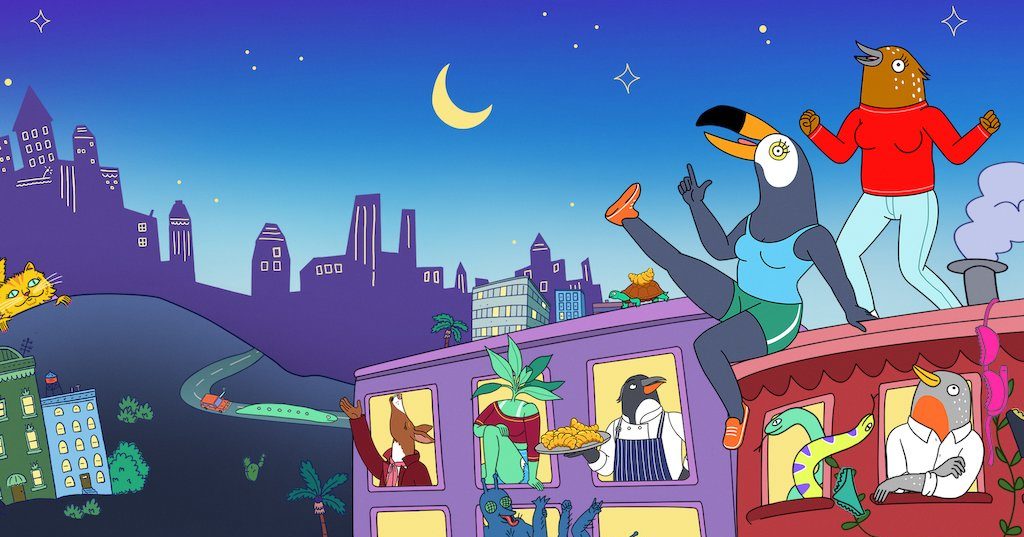 Created by Lisa Hanawalt, ‘Tuca & Bertie’ is an animated series that follows two 30-year old anthropomorphic best friends – toco toucan Tuca and song thrush Bertie – who live together. Bertie tries to fight her demons with the assistance of a therapist, while Tuca needs to be more expressive about the problems that occasionally haunt her. Yet, the latter is deeply invested in finding her soulmate! After spanning two seasons, we are curious whether it will return for a third season. In case you’re wondering the same, here are all the details we have about a potential ‘Tuca & Bertie’ season 3!

‘Tuca & Bertie’ season 2 released on June 13, 2021, on Adult Swim and ended its run after airing ten episodes on August 15, 2021. Each episode has a runtime of 22–26 minutes. The show captures the perils of millennial lifestyles, striking a strong generational chord with people falling in that age group.

As far as the third season is concerned, we’ve got great news for you! In August 2021, the network confirmed that the show is returning with another season. Despite positive reviews from both audiences and critics, its original home network Netflix pulled the plug on ‘Tuca & Bertie’ after just one season in July 2019. Fortunately, Cartoon Network’s Adult Swim took it up in May 2020 and prepared its fans for another spectacular season.

Moreover, creator Lisa Hanawalt is also credited for co-producing Netflix’s popular adult animated series ‘Bojack Horseman.’ Adult Swim additionally stated that the second season of ‘Tuca & Bertie’ brought in more teen viewers and young women viewers, which ultimately increased the average viewership for the network. Critics have also lauded the show because of its empowering portrayal of feminism and other sensitive social concepts like anxiety and sexual assault.

If the creator and the network follow the release pattern of the previous seasons of the show, ‘Tuca & Bertie’ should return within the next year. The production process will take up a few months, and once it is done, the show will be ready to drop. In all probability, we expect ‘Tuca & Bertie’ season 3 to release sometime in Q2 2022.

The voice-cast of ‘Tuca & Bertie’ includes Tiffany Haddish as Tuca Toucan, Bertie’s reckless best friend who has an unusual professional history. Ali Wong lends her voice to Robertie “Bertie” Songthrush, Tuca’s super ambitious best friend who is a senior operations analyst and also an aspiring baker. Steven Yeun is the voice behind Speckle, Bertie’s architect boyfriend. The primary voice cast members will most probably make a comeback in the next season.

Other actors who are expected to return as voice cast members for the next season include Nicole Byer, who voices various characters (including Speckle’s grandmother Gamby, Bertie’s file cabinet, the lady in the bathroom at Bertie’s office), Richard E. Grant as Holland, John Early as Dirk, Reggie Watts as Pastry Pete, Shamir as Draca, Jenifer Lewis as Aunt Tallulah Toucan, and many more.

Tuca & Bertie Season 3 Plot: What can it be About?

‘Tuca & Bertie’ season 2 highlights new issues that come to the forefront as the protagonists’ personal and professional relationships become more complicated than ever. Bertie’s primary concern is her anxiety which worsens because of the harassment she experiences at her workplace. Tuca continues to face problems in her relationship with her girlfriend Kara and struggles to be a part of the gig economy that forces millennials to work around 70 hours a week.

Towards the end of the season, Tuca and Kara have a fallout, and the former ends up blaming Bertie for it. In the third season, we might see Tuca try to get back with her ex-girlfriend, but she might still be insecure about Tuca’s dynamic with Bertie. This, in turn, would cause problems between the lead characters.