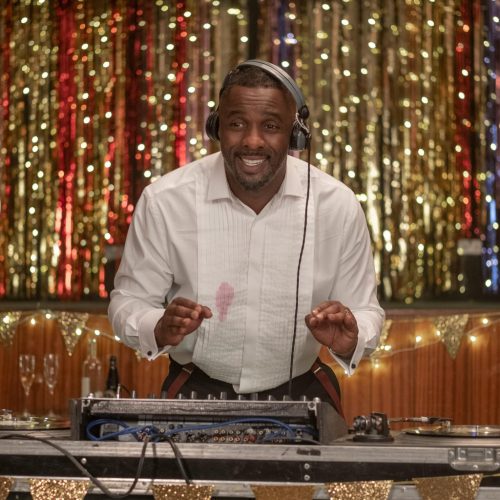 Turn Up Charlie is a comedy TV series that airs on Netflix. Idris Elba, who plays the main protagonist, is the show’s creator, alongside Gary Reich. Elba ,with Reich and Tristram Shapeero, additionally serves as the executive producer. Shapeero and Matt Lipsey are the directors of the show. Martin Joyce and Ana Garanito feature as the co-executive producers.  The writers for the show are Laura Neal, Femi Oyeniran, Victoria Asare-Archer, and Georgia Lester, who is the supervising producer as well.

Turn Up Charlie Cast: Who is in it?

Turn Up Charlie stars actor, producer, and musician Idris Elba as the protagonist Charlie, who is a struggling DJ and a bachelor. You must already know Elba from his roles of the drug trafficker Stringer Bell in the HBO series – The Wire and as Luther in the series of the same name on BBC One. This talented artist has received four Golden Globe Award nominations and five Primetime Emmy nominations.

Elba’s notable works include his appearances in American Gangster and Prometheus. He enacts the character of Heimdall in the Thor franchise and Avengers: Age of Ultron and Avengers: Infinity War. Elba has also acted in Pacific Rim, Beasts of No Nation, and Molly’s Game. He did the voice-overs of Shere Khan in The Jungle Book and Fluke in Finding Dory. Apart from acting, Elba also works as a DJ under the moniker DJ Big Driis and is an R&B musician. For all his contributions, he was featured on the list of Most Influential People in the World, on Time 100.

Speaking of comedy series, Turn Up Charlie is Elba’s second creation after In the Long Run, a loose adaptation of his own life, which aired on Sky One. He has also ventured into directing movies, with his first directorial debut — Yardie — that premiered at the Sundance Film Festival.

Turn Up Charlie Plot: What is it about?

Charlie is a struggling DJ and an eternal bachelor who is way past his prime. While his childhood friend David progressed to become a famous A-list actor, Charlie just wasted his life partying, getting dumped, and had to finally move in with his aunt. He also has a make-shift office to fake in front of his parents when they call him on Skype. In reality, Charlie barely makes a living by doing ‘90s theme nights at half-empty clubs. In fact, Charlie is now, not even interested in fighting for his career anymore.

However, one day, he sees a golden opportunity to turn his career around when David returns back to London with his family. Charlie unwillingly takes up the job of becoming the nanny (‘manny’ as per the show terminology) of David’s problematic 11-year-old daughter Gabrielle aka Gabby, who has forced all other previous caretakers to flee with tears in their eyes. Charlie, however, does this only in order to come in close association with David’s wife Sara (Perabo), who is an internationally renowned DJ. In this process, he also gets a romantic inkling toward Astrid (Griffin), Sara’s manager, whose life of incessant partying almost matches (and sometimes exceeds) his own. However, in the course of time, we see how Charlie and Gabby, who was previously just tolerating the former, slowly begin to start caring about each other reflecting on life and learning from each other about how to grow and turn into better individuals.

Overall, this dynamic, witty script is filled with fun, and gives us a sensitive insight into the importance of people learning to understand the value of others and maintain a proper balance between family and ambition.

Turn Up Charlie Season 2 Release Date: When will it premiere?

Turn Up Charlie Season 1 premiered on March 15, 2019 on Netflix. As far as the next season goes, we don’t have an official announcement yet. Though considering the reception the show received, which was lukewarm to say the least, we would be surprised if it does get another season. Our best guess is that if the show will not renewed. If anything changes, and we come to know about Turn Up Charlie season 2 release date we will update this section.

While we wait for an update on Turn Up Charlie season 2, check out the season 1 trailer to refresh your memories. If you haven’t seen the show yet head over to Netflix to catch all the episodes of the previous season.