Will There be a Turn: Washington’s Spies S05? 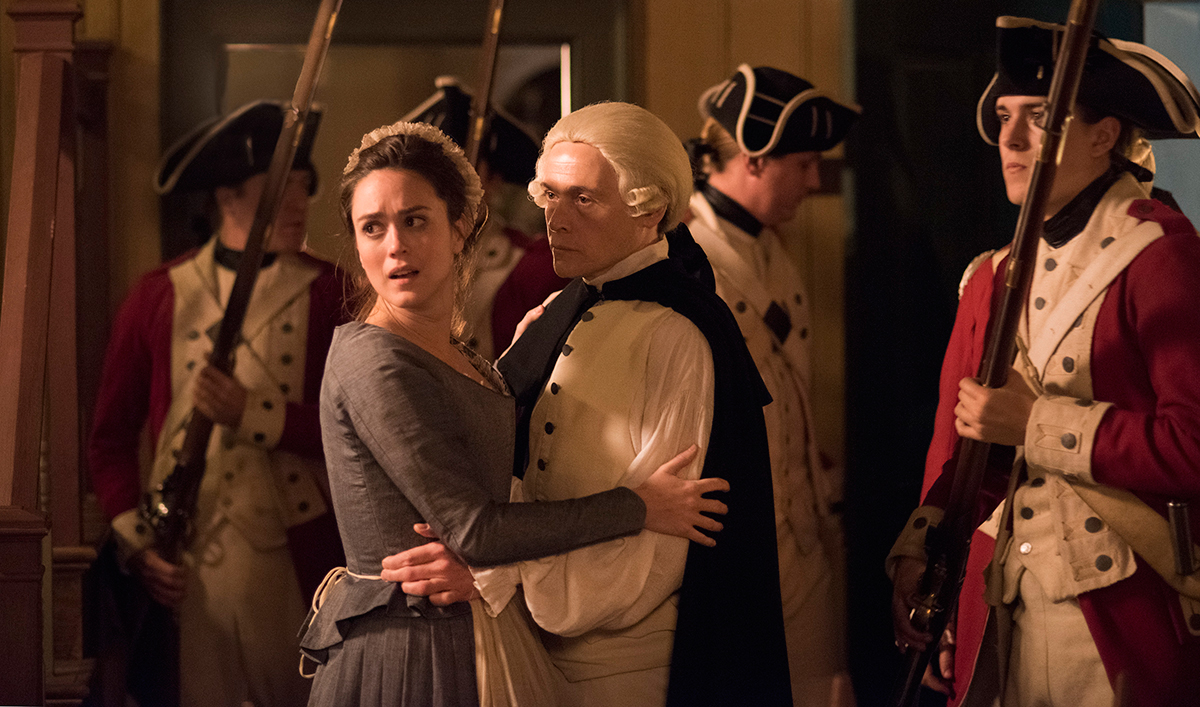 ‘Turn: Washington’s Spies’ is a historical drama based on Alexander Rose’s book ‘Washington’s Spies: The Story of America’s First Spy Ring.’ It has been developed for television by Craig Silverstein.

The period drama follows Abe Woodhull, a farmer who aligns with a his childhood friends to form an American spy ring called The Culper Ring, to turn the tide in America’s fight for independence.

The show first premiered on April 6, 2014, on the AMC network. Upon its release, ‘Turn: Washington’s Spies’ received mixed reviews from both the critics and audiences.

However, over the four seasons, the show has been lauded for being thematically unique and engaging, for its nearly accurate depiction of the American Revolution, coupled with powerful performances, serving both as a history lesson, and a dramatic thriller. It has also won Media & Entertainment Award in the year 2014.

Which brings us to the question: Will there be a ‘Turn: Washington’s Spies’ season 5?

On July 26, 2016, AMC announced that ‘Turn: Washington’s Spies’ season 4 will be its final season. The 10-episode series finale premiered on June 17, 2017, and concluded on August 12, 2017. The network pulled the plug on the show, to make way for another shows that would garner an even larger audience.

As the cancellation news came ahead of the release of season 4, the makers managed to give the fans the ending they planned. Thus, preventing an abrupt end and collective fan disappointments. So, the cancellation news was not all bad. The show has been able to present a natural conclusion to the Revolutionary War history, tying up loose ends rather than ending on a cliffhanger that would forever remain unresolved.

Ian Kahn, who plays the role of General George Washington shared his thoughts on the last season, saying, “On June 17, we are a pretty lucky television show, since we are actually going to finish the experience of doing the show. Our show will get to have a full conclusion, with the whole Revolutionary War played out. In so many ways, season four is the most exciting and the best of all the seasons. We see so much drama and action. Fans of the show will get to see things that they probably never imagined they would get to see.”

Talking to Variety, showrunner Craig Silverstein addressed the cancellation, saying, “I am so pleased to be able to bring the story of the Culper Ring to its epic conclusion, at the point where the revolutionary war ends and the great American experiment truly begins.”

He further added, “This series has been a joy to work on thanks to Barry Josephson, Alexander Rose, our sexy writing staff, brilliant crew, and dream team cast. I am also thrilled to continue to work with AMC, who had the passion and courage to put ‘Turn: Washington’s Spies’ on the air and support our effort. I eagerly look forward to our future adventures together.”