Who is Turtle in The Masked Singer? New Clues, Guesses 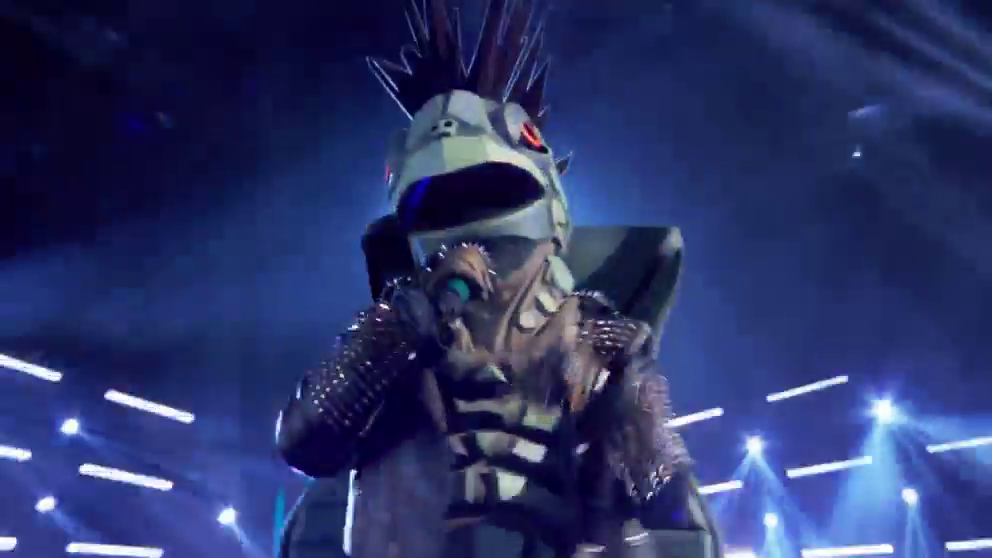 In the third episode of ‘The Masked Singer‘ Season 3, the four remaining participants duke it out. The finale for Group A sees the competition heating up, as the extremely talented performers belt out stellar renditions of songs. The Valentine’s Day theme just adds the right amount of sweetness to it, in order to make it all the more enjoyable.

The first performer in Episode 3 has been Turtle, who moves beyond the romantic numbers he has delivered in the past. This week, he goes with the much faster-paced, pop song from Shawn Mendes, “There’s Nothing Holding Me Back”. It is Turtle’s most energetic performance to date and allows him to showcase some dance moves as well.

In case you are wondering about the clues and guesses about Turtle’s identity, we have got you covered in that regard.

This week, the judges get two major clue packages from the performers. One is a message from someone who loves the performer and the other is the Valentine’s-themed letter addressed to a panelist, by the performer. Turtle starts off saying he’s having a ‘shell’ of a time on the show, and would not be here without people supporting his dream, like Miss S. This is when we are introduced to his 9th-grade teacher.

She says that Turtle always came in singing, and was a driven boy. However, he remains humble now, as she experienced from a recent meeting, last year. We see some visual clues as well, including a bat and a map of Seoul, South Korea. After his performance, the Turtle has a letter for Nicole, telling her they spent an awesome morning together, and it was awesome.

You can check out the Turtle’s performance below.

Jenny believes the ‘morning together’ could refer to a talk show. She also deduces the bat to refer to a minor league baseball team and guesses that Turtle is Nick Lachey. Leah Remini, the guest panelist for the episode, guesses that the performer is Jaden Smith, based on the clue about high school and that he wants to break free, as mentioned in an earlier package. Nicole picks up on the South Korea clue and goes with Hunter Hayes, a country singer, who has actually toured Korea.

Ken Jeong and Robin Thicke reserve judgment, though the latter mentions in passing that Turtle could be James Blunt, after the clue package from the performer’s teacher.

As for our guesses, we are still sticking with Billie Joe Armstrong, the Greenday singer. However, the internet is abuzz with another theory, that Turtle might be Jesse McCartney. This is because of the reference to others around him burning out. This might indicate how his band members’ parents filed a suit against Dream Street, alleging that the underage kids were being exposed to women, alcohol, and pornography.

The internet is known for stretching the theories, so a clue from the second package has also been closely analyzed. A phrase, “Don’t Rave Ever At My School -Turtle”, pops up. The initials of this phrase spell ‘DREAMST’, which fans believe to mean Dream Street.

However, the Turtle remains one of the strongest performers and we doubt he will be unmasked soon. Moreover, the show will turn the focus to Groups B and C, so the Turtle’s identity is going to remain a secret for now.