Will There Be More Of ‘Twisted Love’? 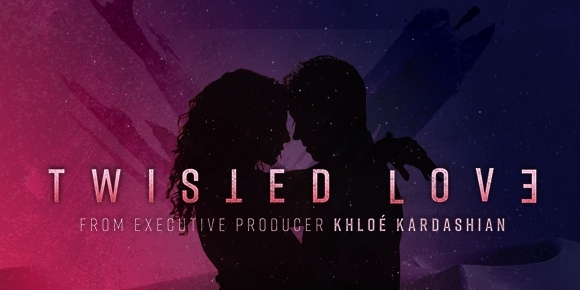 ‘Twisted Love’ is a true-crime reality series that showcases real-life cases of love, gone horribly wrong. It follows investigators as they analyze crimes of passion and love, that take place between romantic partners, family members, and friends.

It is a spin-off of the popular true-crime show, ‘Twisted Sisters.’ But instead of spinning twisted tales of stories involving siblings, this one focuses on crimes committed because of love of any kind. Tammy Wood is the showrunner of ‘Twisted Love,’ while Khloe Kardashian, Stephanie Noonan Drachkovitch, David Hale and Dan Snook are the people behind the show.

The docu-series promises to not overdramatize the recreations and keep the plot as raw as possible. It has been creating a lot of buzz because of its successful predecessor ‘Twisted Sisters’ that is known for its thoroughgoing examination of actual cases, and also for the involvement of ‘Keeping Up With the Kardashians’ star Khloe Kardashian.

Well, after a successful first-season run, here’s what we know about Twisted Love season 2.

Twisted Love Season 2 Release Date: When Will It Premiere?

ID has not come up with an update regarding the renewal or cancellation of the show. But true-crime documentaries, which particularly focus on toxic love, holds a different appeal altogether. Hence, the series should definitely get a renewal. If renewed, we can expect Twisted Love Season 2 to premiere sometime in February 2021.

Twisted Love Season 2 Cast: Who Can Be In It?

The show features law enforcement officers, investigators, technicians, who inspect the cases. The cast also includes the family members and friends of the victims, along with the relatives of the criminals.

‘Twisted Love’ is a recreational drama. Every episode of the show narrates a different story. Therefore, most of the characters are limited to just one episode. The cast includes Ken Dickason Sr as Polygraph technician, Mark Krenik as Lieutenant Roberts, Jair Burgos as Manny Marmolejo, Natalia Fuentealba as Mariah, Caroline McClelland as Clara, Barbara Wilder as Mary Ellen, Joré Aaron as Antoinette, Eric J. Black as Detective Mark Francis and many others.

Season 2 will stick to this format, focusing on the key players of the featured crimes and using a rotating panel of actors for re-enactment of the scenes.

What Can Twisted Love Season 2 Be About?

‘Twisted Love’ documents various crimes revolving around unrequited love, extramarital affairs and even friendship feuds. It is a general misconception that crimes of passion only occur between lovers. It can even arise between blood relatives, family, friends, colleagues, etc. Vicious crimes take place when a relationship is ridden with envy, ego, insecurity, adultery, jilted feelings, causing the bond to go askew. These feelings overwhelm rationality, giving rise to a tempestuous impulse because of which, a brutal crime transpires.

Each episode of ‘Twisted Love’ features a series of interviews with family members and friends, through which the investigators learn the whys and hows that causes a person’s descent into darkness. The investigators and concerned authorities then unravel the case based on the interviews and evidence.

Season 2 will embrace the same trope and focus on a bevy of similarly tantalizing crimes.

We do not have a trailer for season 2 yet but you can watch all of the previous episodes on ID.