Will There be a Twogether Season 2? 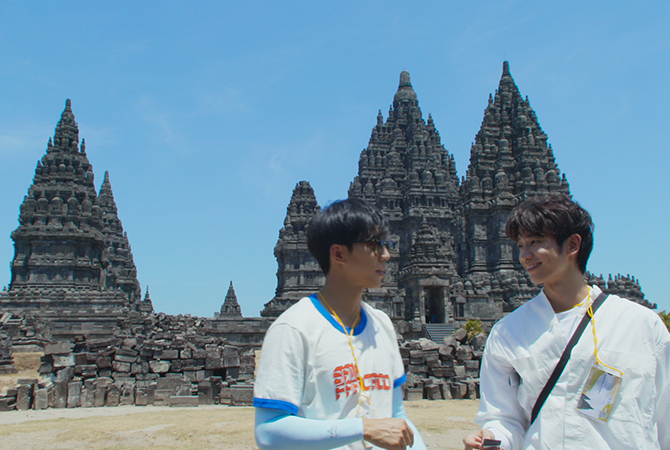 ‘Twogether’ is an unscripted travel documentary that brings together two of Asia’s hottest stars as they embark on a trip — landing on the continent’s most-frequented tourist spots. Each of the places they visit is recommended by fans. Bringing in the perfect mix of cultural diversity, fan interactions, bromance, and spectacular destinations, ‘Twogether’ has taken its first steps toward success. And here’s everything we know about its follow-up edition.

‘Twogether’ season 1 released on June 26, 2020, on Netflix, in all its entirety of eight episodes. Because of its star power alone, the show opened to good reviews from fans, especially in Asia. Moreover, with so many destinations left unexplored in the first installment, there is huge scope for multiple new episodes from the travelogue. If the ratings are according to the streamer’s expectations, it will definitely renew the series. Once that happens, we can expect ‘Twogether’ season 2 to premiere sometime in 2022. The delay is inevitable since travel, in any form, is almost impossible now — considering the global pandemic.

South Korean singer-actor Lee Seung-gi and Taiwanese star Jasper Liu are the hosts of this unscripted travelogue series. Lee already holds experience in variety shows and is best known for his appearances in scripted titles like ‘Love Forecast’, ‘The Princess and the Matchmaker’, ‘Brilliant Legacy’, and ‘My Girlfriend is a Nine-Tailed Fox’. On the other hand, Liu has delivered several hits, notable among them being ‘More Than Blue’, ‘Take Me to the Moon’, ‘Before We Get Married’, and ‘Triad Princess’.

The duo became good friends over the course of filming the show in Fall 2019. In a virtual press conference, Lee said: “My first impression of Jasper was that we’re very similar. We’re both energetic and very positive and like myself, Jasper tends to really go for it when he’s given a mission and a challenge.” Since the stars speak different languages, they mostly communicate in English in the documentary. Season 2 will definitely see both Lee and Jasper making a comeback.

What Can Twogether Season 2 be About?

Season 1 follows the hosts, Lee and Jasper as they travel to various Asian destinations, suggested by their fans. Across the episodes, we see the pair becoming fast friends. The trip starts with a visit to Yogyakarta and Bali in Indonesia. They then land in Bangkok and Chiang Mai in Thailand. The first season ends with the pair finally visiting Pokhara and Kathmandu in Nepal. In each destination, the hosts also partake in certain challenges in order to meet fans at a special spot. Season 2 will stick to the same format and follow Lee and Jasper as they explore another bunch of tourist places, all recommended by fans.