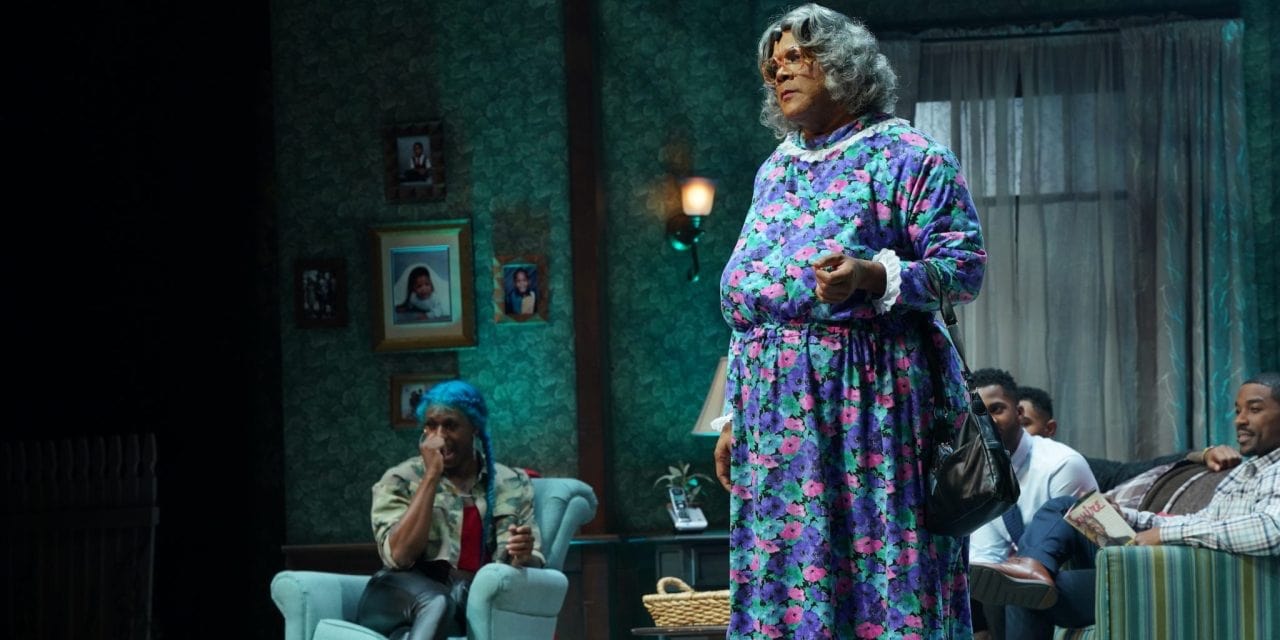 After several appearances and even more laughs, it seems that we might see the last of Madea – the series which made Tyler Perry the mogul that he is today. The premise follows Madea’s great-grandson, who’s graduated from law school. The entire family is together once again, celebrating the joyous occasion. But, how long are things normal in Madea’s world? Soon enough, some unexpected visitors show up and throw things into chaos. Madea becomes an incredible life coach, in a tale that might be a befitting end to a fan-favorite franchise. Curious to know where you can stream ‘Tyler Perry’s Madea’s Farewell Play’? We’ve got you covered, right after we tell you a little more about the film.

What is Tyler Perry’s Madea’s Farewell Play About?

Madea goes to rural Georgia to celebrate her great-grandson’s graduation from law school. The family also rallies around Darlene, who’s emotionally and financially drained after her divorce. They try to help her and her son, whose tuition bills have barely been paid. But, when Darlene’s ex-husband shows up unannounced, trouble starts brewing, and soon, it is up to Madea to fix everyone’s lives.

Netflix maintains an impeccable roster of movies, spanning different genres. Naturally, all subscribers are content with the platform’s offerings. ‘Tyler Perry’s Madea’s Farewell Play’ might not be on the site, but you can check out ‘Monty Python’s Life of Brian.’ Besides being marked with absurd tones, the film follows an average Jewish man, who suddenly becomes reputed as the Messiah. Brian Cohen’s life goes for a toss, dodging followers, handling his shrill mother, and dealing with a separatist movement.

Hulu always tries to stay ahead of its competitors, even by a little. Thus, the platform keeps making smart additions to its roster. With a regularly updated set of films and shows, there’s not much more the subscribers could want. ‘Tyler Perry’s Madea’s Farewell Play’ is not on the platform, but you can have a few laughs by watching ‘Liar Liar.’ The Jim Carrey movie sees him play a smooth-talking attorney, whose words are his biggest advantage. However, when the lawyer’s son wishes that his father would stop lying for 24 hours, it comes true. Suddenly, language is no longer a power, but a liability for the man who lives off his words.

Amazon Prime’s collection of films and shows are sourced from around the world and cater to various viewers. ‘Tyler Perry’s Madea’s Farewell Play’ cannot be streamed by Prime subscribers, but you can always check out ‘His Girl Friday.’ When the former wife of a newspaper editor tells him she’s about to remarry, he keeps framing the fiance, so that the latter stays in prison while the editor tries to steer the girl towards her old job as his employee.

If you’re not subscribed to major platforms, you needn’t worry. ‘Tyler Perry’s Madea’s Farewell Play’ can be streamed exclusively on BET+.

Where to Stream Tyler Perry’s Madea’s Farewell Play For Free?

Sorry, but you have to be subscribed to the BET+ platform to stream ‘Tyler Perry’s Madea’s Farewell Play.’ There doesn’t seem to be a trial period on the site, and moreover, we urge readers to pay for all art they consume.

Read More: Where to Stream a Madea Family Funeral?