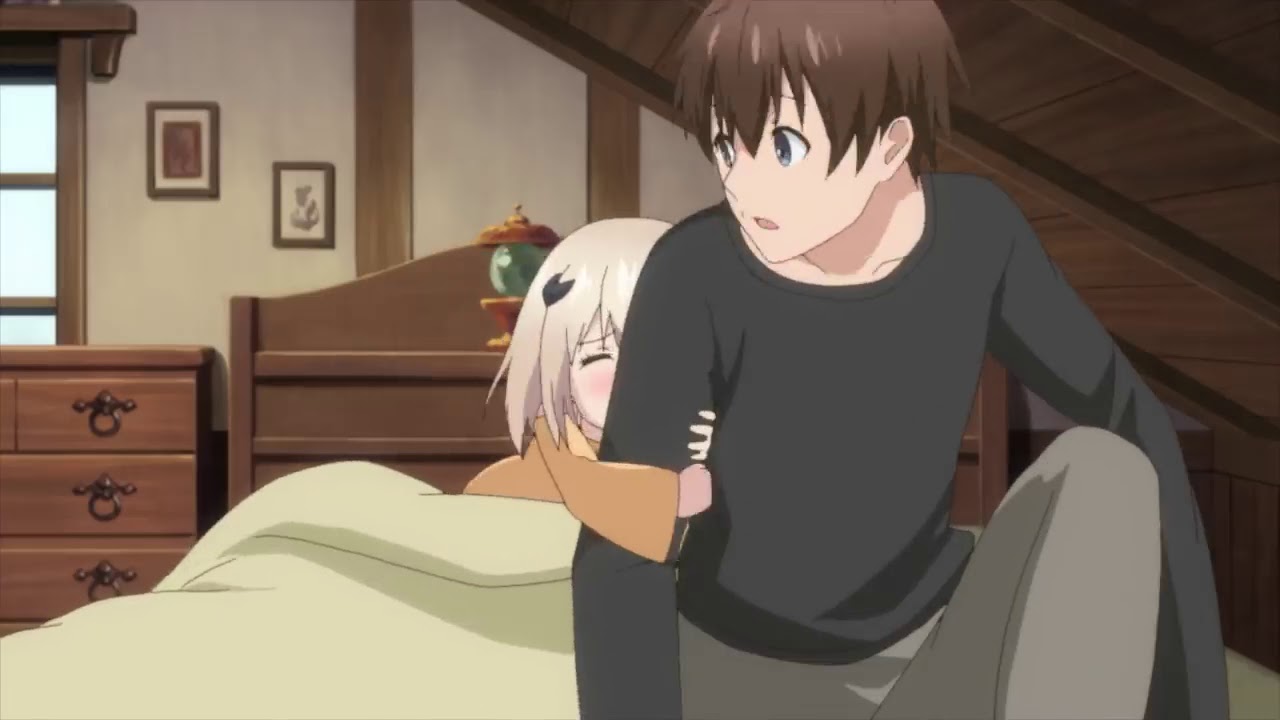 ‘Uchi no Musume no Tame naraba’ is a lot like other “cute girls doing cute things” anime shows where an adventurer runs into a “moe” loli demon and accepts her as his own daughter. The story that follows is all about the demon girl doing cute things. But even then, the show stands out from all the other modern anime because of how relatable it turns out to be. Dale might be a badass explorer who slays demons all day but his love for his daughter will just melt your heart. Considering that it is Maho Film’s first anime show, the art is absolutely amazing. Overall, ‘Uchi no Musume no Tame naraba’ is one anime that should certainly be on top of your watch list for this season.

Uchi no Musume no Tame naraba Season 2 Release Date: When will it premiere?

‘Uchi no Musume no Tame naraba’ Season 1 premiered on July 4, 2019 and with a total of 12 episodes, it came to end on September 19, 2019. So far, though it is not extremely popular, it has still been able to build a decent fanbase. Even its rating is slightly above average on most popular anime platforms and this itself is a green flag for its renewal. ‘Uchi no Musume no Tame naraba’ has been adapted from a light novel series which goes by the same name.

To date, the author of the series has published a total of 9 volumes and though it is possible for the creators to just adapt all of these in one season, it seems a little less likely that they will be able to do it in a short span of 12 episodes. So after the conclusion of season 1, the creators might still be left with at least one volume for the anime’s renewal. But then again, one or two volumes worth of content is not enough for producing a whole new season and unless the author comes out with new volumes, we’ll never get to see more of this show. It is still a bit too early to say what the future holds for this anime series, but optimistically speaking ‘Uchi no Musume no Tame naraba’ season 2 can release sometime in July, 2020.

An official English Dub of ‘Uchi no Musume no Tame naraba’ has not been released yet, but you can still stream the anime on Crunchyroll with original Japanese audio and English subtitles.

‘Uchi no Musume no Tame naraba’ is about an 18-year-old boy named Dale Reki who is a skilled and well-known traveler. Being one of the leading adventurers in the city of Kreuz, he goes out on a hunt for mythical beasts. But along the way, he runs into a cute demon girl named Latina who seems to be all alone and also possesses a broken horn which signifies that she is a criminal. Dale feels bad for her and decides to take her back to her home. Soon, one thing leads to another and he is later forced to adopt her as his own daughter.

Later, Dale starts to appreciate her company and embraces parenthood with his young innocent little daughter. All of this reaches a point where he often starts to miss her when he is out alone for his adventures. He soon starts to balance out his work life with his personal life as a parent and tries to spend more time with the young girl. Everything seems to be going just fine but the mysteries that surround the young girl still keep haunting him. While Dale starts to wonder why she was left all alone in the forest and why did she possess the mark of a criminal, Latina tries to adapt to her new life with her adoptive father.

Dale Reki is the main protagonist of the series who is known to be a very well known traveler in the fictitious town of Teathrow. He spends most of his days lurking in the dark corner of the city while looking for mysterious creatures and beings. He is extremely skilled at what he does and is also a survival expert. He later ends up becoming the adoptive father of Latina after he finds her in a very impoverished condition in the woods. Though he fails to understand her true origins, he decides to take a leap of faith and starts to take care of her.

After spending a lot of time with her, he even begins to miss her during his adventures when he is forced to leave her all alone at home. In appearance, Dale is a handsome young man who has brown hair and is usually seen with a faint smile on his face. He sports a metallic shield on his left arm and always walks around with long sharp katana to protect himself and his family.

Latina is a cute little demon girl who seems to be stranded in the forest when Dale first finds her. After looking at her poor condition, he decides to take her home with him and also promises her that he will try to look for her family. She also seems to have a broken unicorn horn which suggests that she is a criminal of some sort. But after noticing how innocent she is, Dale decides to give up on all of his doubts and even adopts her as his own daughter. Despite being a demon girl, she does not show any signs of being evil and fully co-operates with her new father. When it comes to her appearance, she is extremely petite and has dirty blond hair that are tied up in two pigtails. She has big grey eyes and is usually seen in a green-colored dress.