When Will Ugly Delicious S02 Come Out? 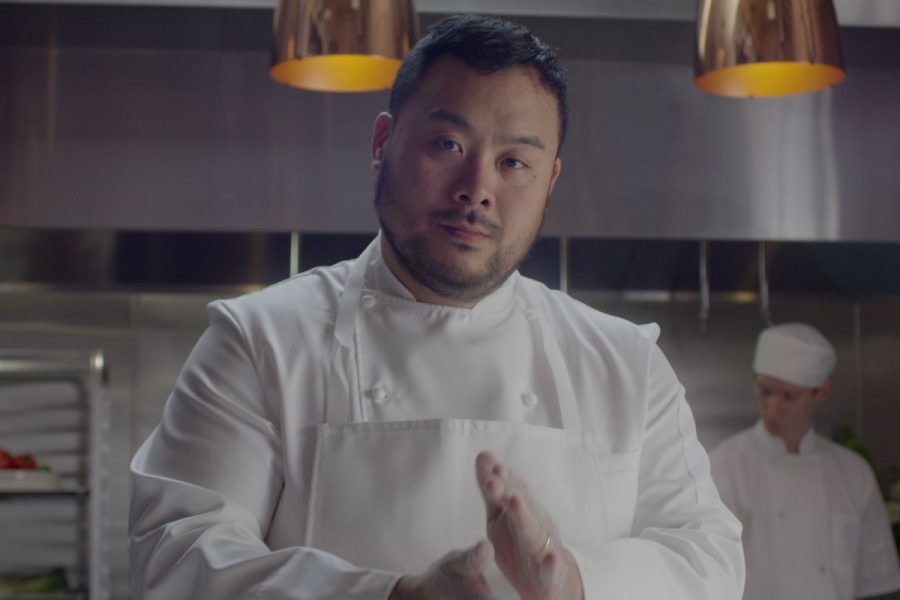 The series revolves around Chef David Chang of the Momofuku restaurant group and his new dishes. Viewers get to see one dish or concept, right from the recipe, to the various variations of the dish in different parts of the globe that are covered in the show.

Netflix officially summarizes the show as: “All the flavor. None of the BS. Star chef David Chang leads friends on a mouthwatering, cross-cultural hunt for the world’s most satisfying grub”.

There are several food shows that have become popular over the years. One only needs to think of the entire ‘Masterchef‘ franchise or Gordon Ramsay’s ‘Hell’s Kitchen‘. However, rarely do these food shows explore the culture that surrounds it or the unbreakable link between food and culture. If you enjoy ‘Ugly Delicious’ you will also love Netflix’s ‘Street Food‘.

The general reception for the first installment was positive, with critics praising Chang’s presentation and the show’s overall focus on travel and food. Read on to know when Ugly Delicious season 2 will premiere on Netflix.

Ugly Delicious Season 2 Release Date: When does it premiere?

‘Ugly Delicious’ Season 1 premiered on February 23, 2018, on Netflix. It consisted of eight episodes.

The good news for the fans is that on November 22, 2018, Netflix announced that the show had been renewed for another season. Recently, the streamer officially confirmed its release date. Ugly Delicious Season 2 will premiere on March 6, 2020.

Who is the host of Ugly Delicious?

The star of ‘Ugly Delicious’ is undoubtedly David Chang who travels to different parts of the world and tries out the cuisines, knowing their backstories and the culture it represents. However, sometimes he is accompanied by others, and some of them are celebrities. In one instance he is accompanied by Aziz Ansari of ‘Master of None‘ fame, while other stars, including Jimmy Kimmel, have also appeared on the show.

In the upcoming season, Chang will return since he is the main attraction that holds the show together. Some of the stars featured in season 2 are Nick Kroll, Padma Lakshmi, and Danny McBride. We have to wait and watch if any more known faces show up to accompany him on his international culinary expeditions.

What is Ugly Delicious about?

The premise of ‘Ugly Delicious’ deals with the sociological, cultural, and culinary history of a specific popular food with Chang challenging and exploring the attitudes that are involved in the lore of a particular dish. The New York Times defined the show saying it is “an extended television essay, in the form of free-associative, globe-trotting conversations about food and culture.”

Season one revolves around star chef David Chang exploring with each episode the culinary traditions of various countries in making a dish. The investigation takes the viewer on fun rides to different parts of the world and acquaints us with various different traditions of preparing the same dishes.

The dishes that are dealt with in each episode include popular food items like pizza, tacos, or something comforting home cooking, or even something different like shrimp and crawfish. We also get to see some popular variations of most consumed food items like BBQ, fried chicken, fried rice. There are also educational debates on what is better, dumplings or Italian stuffed pasta.

Chang has a way with words, and thus, in the show, he attempts to examine a whole gamut of issues through the spectrum of comfort foods. It is no secret that food has, is, and always will be something which is not only cultural but as a result political as well. In this series we see each spotlight dish being used to examine social and historical issues, which in turn might help to build bridges across continents and politics.

Chang always tries to check out as many variations of a food item as possible, eschewing authenticity. This rule-breaking mentality is matched by the various styles of presentation that the show takes in the very filming of the episodes.

At a time when the world is becoming more polarized due to nationalist and regional politics, Netflix’s show could be a better example of how something like food transcends boundaries and leads to the opportunity of a shared experience. Some of the episodes even tackle issues of identity, slavery, and racism, and how they all color the food we consume today.

Overall, the series provides an experience that is wholesome, while still managing to be humorous, dynamic, and entertaining. It is something that we recommend being savored one episode at a time instead of binge-watching the entire series. After all, the show does provide some food for thought.

In the upcoming season, the series will take us across the globe, from India and Detroit to Chang’s home state of Virginia and Australia. He is seen making baby food with comedian Nick Kroll, dispelling myths about Indian food, and exploring the history of steak and the vertical spit.

You can check out this trailer of Season 2 of ‘Ugly Delicious’ below. If you have not seen the series and enjoy food, then this is the show for you. Also, if you happen to have an active interest in various social issues and a curiosity to know more about other cultures, then I recommend that you give this series a watch.