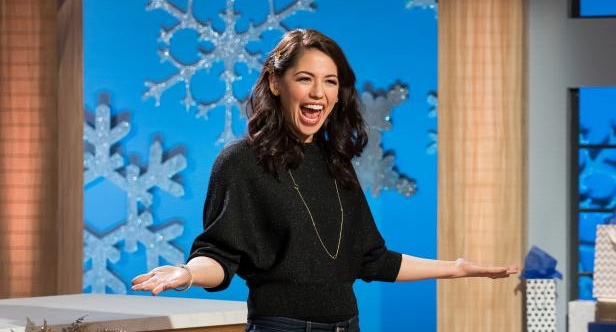 Hanukkah is a Jewish festival that is celebrated to commemorate the rededication of the Second Temple in Jerusalem during the Maccabean Revolt against the Seleucid Empire. Also called the Festival of Lights, it is observed for eight days and calls for festivities amidst a variety of food dishes.

The historical tradition is to relish delicacies made with oil, which serves as a homage to the miraculous sight where a small flask of oil keeps the Second Temple’s Menorah lighted for eight days. Some of the customary food items served during Hanukkah include latkes (a kind of fried potato fritters), doughnuts filled with jam called sufganiyot, Italkim and cheese pancakes called cassola.

Attempting to honor this sacred Festival of Lights is Food Network’s ‘Ultimate Hanukkah Challenge’ — a cooking competition that tests four expert chefs who are pitted against one another in a grueling contest. A panel of judges tests innovatively created, delicious, and unique dishes, over a span of three stages. The treats crafted by the chefs range from traditional to classic items such as “crispy potato pancakes, succulent brisket, and fried jelly donuts.” The one who tops the contest wins a sponsored trip to the City of Light, Paris, and is also crowned as the Ultimate Hanukkah Champion.

‘Ultimate Hanukkah Challenge’ is hosted by the food blogger and TV personality, Molly Yeh. She is joined by Duff Goldman and Sharone Hakman, who serve as the judges.

Pastry chef and television personality Goldman is the executive chef of Charm City Cakes shop in Baltimore. Apart from that, he has made appearances in multiple cooking reality shows, including ‘Ace of Cakes’, ‘Duff Till Dawn’, ‘Cake Masters’, ‘Food Network Challenge’, ‘Iron Chef America‘, ‘Oprah’, ‘The Tonight Show with Jay Leno’, ‘Man v. Food’, ‘Buddy vs. Duff’, and ‘Duff Takes the Cake‘.

On the other hand, Hakman, a former financial planner, is a renowned chef, who is best known for his appearance in Fox’s ‘MasterChef‘. He owns a barbecue sauce company and also works as a lifestyle guide.

Hosted by Molly Yeh, ‘Ultimate Hanukkah Challenge’ features four expert chefs, who have to use their talent and creative skills in order to craft some of the holiday season’s most classic dishes. Developed to commemorate the holy occasion of the Festival of Lights, this cooking competition tests the participants as they curate delicious and innovative dishes for judges Duff Goldman and Sharone Hakman.

After three challenging rounds, which involve making traditional treats, ranging from crispy potato pancakes to succulent brisket and fried jelly donuts, they are judged by the judging panel. The one who wins not only claims the coveted title of the Ultimate Hanukkah Champion but he or she also wins a trip to Paris.

‘Ultimate Hanukkah Challenge’ is a first-time attempt from a mainstream channel to focus on the traditional Jewish festival. And it offers some unique tips on how to create these culinary gems. It is an attempt from Food Network to spike up its ratings, which witnessed a nine percent rise during the 2018 holiday season, which is its best performance since 2015

As a result, the Discovery-owned network planned to add around 40 percent more seasonal-centric episodes and specials for the 2019 slate. Some of the other fresh and returning titles added during the year include ‘Thanksgiving Pie Fight’, ‘Holiday Wars’, and ‘The Great Food Truck Race‘.

The decision did not come as a surprise since, in 2018, the network’s top performers were ‘Holiday Baking Competition‘ and ‘Halloween Wars‘. President Courtney White said that the ratings did not only come from traditional Food Network fans. She stated, “Thirty percent of the viewership last holiday season was from new viewers. We were able to appeal to people who weren’t coming for food first and foremost.”

And standing proof to these calculations is Food Network’s December holiday titles, which received a 70 percent hike, followed by Thanksgiving and Halloween, which got 40 percent and 10 percent spikes respectively.

Ultimate Hanukkah Challenge Season 1 Release Date: When will it premiere?

‘Ultimate Hanukkah Challenge’ season 1 premieres on Saturday, December 21, 2019, at 9|8c on Food Network. If you love the festivities and cooking then you must check out the show.

Food Network has not released an official trailer for season 1 of the show yet. But you can watch all the episodes on Food Network