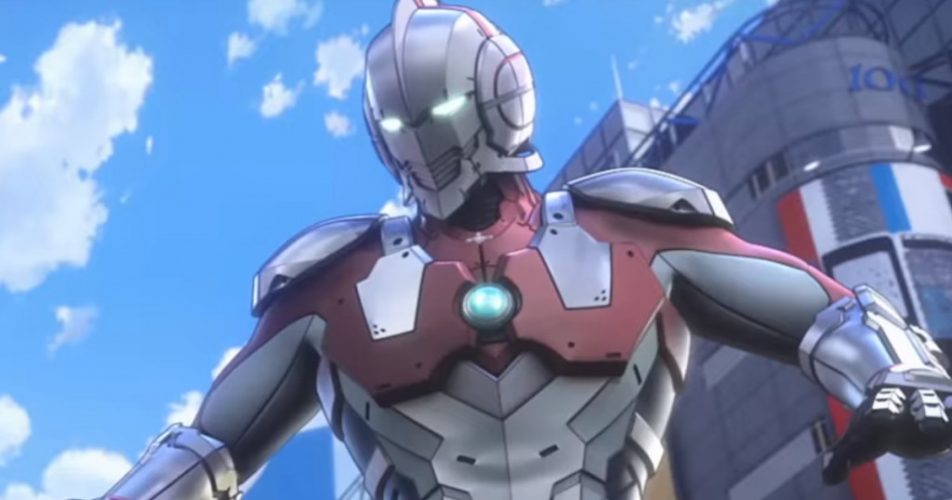 ‘Ultraman’ started off as a Japanese tokusatsu (Japanese for live action) science fiction television series that aired on the Tokyo Broadcasting System (TBS) from July 17, 1966, to April 9, 1967. It was created by Eiji Tsuburaya as a follow-up to the series ‘Ultra Q’. It did not take long for the show to become an absolute fan favorite in Japan and soon the character became a pop culture icon too.

Netflix decided to tap in on this popularity and revive the series with their very own take on ‘Ultraman’ that is set years after the event of the original show. Netflix’s adaptation is actually based on the ‘Ultraman’ manga by Eiichi Shimizu and Tomohiro Shimoguchi, that the classic series inspired.

In the original series, Hayata, a member of the Science Patrol, becomes Ultraman. Initially, a part of this group, Hayata was also tasked with protecting the earth from aliens and monsters. However, in seeing the inability to prevent this menacing threat, Hayata himself turned into the giant alien to defend the earth, while keeping his identity secret from everyone else. Netflix’s adaptation of ‘Ultraman’ is set years after this event, when Shinjiro Hayata discovers that his father was Ultraman, and takes up the mantle of the earth’s protector.

Before we delve into the details of the show, one cannot help but notice that ‘Ultraman’ is another valuable addition to Netflix’s impressive animation library which includes shows like ‘Castlevania‘.

Ultraman Season 2 Release Date: When will it premiere?

‘Ultraman’ Season 1 premiered on April 1, 2019 in an ONA format on Netflix. The first season of ‘Ultraman’ has been such a big hit among fans that Netflix has already announced that a season 2 will be coming out soon. It takes a long time to produce high-quality anime shows like ‘Ultraman’ so unless Production I.G has already started working on Season 2, we might have to wait for quite some time. No official dates have been released yet but we’re speculating that ‘Ultraman’ Season 2 will come out sometime in April, 2020.

The English Dub of ‘Ultraman’ is available on Netflix.

Ultraman Plot: What is it about?

The story of ‘Ultraman’ is set many years after the original series. Naturally, the threat from aliens and monsters has subsided, and Ultraman has receded to everyone’s memory where he is just remembered as a legendary ‘Giant of Light’. Since people had no idea who he actually was, everyone believes that the alien has left earth and gone back to his home planet. However, Shinjiro discovers that not only was his father Ultraman, but he too carries the special factor that requires him to step up and wear the mantle of the hero.

Shinjiro’s tipping point comes when an alien comes to earth and prompts his father to enter battle. Shinjiro finds himself fighting side by side. Although amazed at his newly found powers, the protagonist soon realizes that it is not exactly easy being a hero in the modern-day world. To make matters more complicated, it appears as though he is not the only version of Ultraman around and the others might have difficulty accepting him as the one and only. However, they have to come to a mutual agreement and get past their differences if they are to present a united front against the new threats that earth faces from a whole slew of aliens and monsters.

What really stood out in Netflix’s take on ‘Ultraman’ is how it has effortlessly goes with the cel-shading technique for its animation. While this feels a little jagged and rough at the start, it is more in line with how tokusatsu works. For those unaware, the way this works is when stunt actors bring a series to life with the aid of practical effects. Think back to popular franchises like ‘Godzilla‘ and ‘Power Rangers’ to get an idea of what tokusatsu is. The adaptation pays homage to this not only in their choice of animation but also in the overall tone and content of the show. There is a clear reverence for the predecessor which became the pop culture icon.

While the initial season starts off with heavier character exchanges and smaller scope for development, this is definitely something that the later seasons could pick up on. However, what original ‘Ultraman’ fans will take away from the show is the degree of nostalgia the new show evokes. But this does not mean that you need intimate knowledge of the franchise to enjoy Netflix’s ‘Ultraman’. The show is self-contained. One thing that we must mention about the new show is how it nails the fight sequences. In both the monster fights and the smaller duels, the character is absolutely spectacular. The show emphasizes each movement and the fights are flowing in their physicality. Those who are aware of ‘Ultraman’ know how much the show hinges on its fight sequences, and Netflix’s adaptation keeps the tradition going.

In the upcoming season, we hope to see the show continues the story forward. The show might go deeper into the father and son relationship of the Hayatas, as Shinjiro learns from his father what it means to be a hero. We also hope to see the other versions of the character all come to a point of understanding where it is an organized team of heroes ready to protect the earth from all kinds of threats that monsters and aliens might pose. Talking about the bad guys, it would be absolutely delightful to see new villains pop up, that would inevitably lead to mega brawls and intense fight sequences that sets ‘Ultraman’ apart as one of the finest additions to Netflix’s animated section.

Shinjiro Hayata, son of Shin Hayata, is the main protagonist of the series who inherits the “Ultra Genes” from his father. Kind of an introvert with a very pure heart, Shinjiro follows his father’s footsteps by using his ultra suit to battle intergalactic threats. At the beginning of the series, he wears a Type-B Ultraman suit which is more like a reinforced model that his own father used to wear. It has many added features such as a helmet, Specium blades and also the ability to fire the Specium Ray.

His Ultraman genes allow him to be much stronger than a normal human and his body can also take a whole lot of damage. He can also jump great distances and unlike his father, he can levitate at will. After wearing his Ultraman Suit, his abilities further amplify and allow him to focus a lot more on his natural strength. Compared to his dad’s model, his Ultraman suit can withstand a lot more because of its high-end defense system.

While we wait for the release of Ultraman season 2, check out the season 1 trailer to refresh your memories.