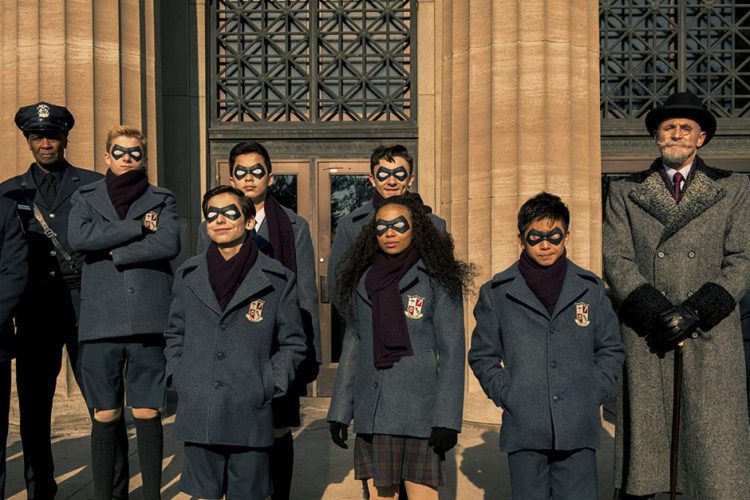 ‘The Umbrella Academy‘, the recently released show on Netflix that quickly became popular among audiences, is going to start production work on Season 2 in May 2019. The show charmed audiences when it released which might be why the sophomore season is being made sooner rather than later. The news comes from a listing on Production Weekly, that states ‘The Umbrella Academy’ Season 2 will begin filming under the working title of ‘Mercury’. This is the best confirmation yet, in absence of an official Netflix confirmation, of course.

While it was a foregone conclusion that ‘The Umbrella Academy’ would be getting a Season 2, details had been scant up until this point. Despite the positive fervor that surrounded this show earlier in the year, a recent interview with stars Emmy Raver-Lampman and Tom Hopper hinted that even the stars were in the dark about where the show was headed, and what came next for ‘The Umbrella Academy’. Raver-Lampman said about the second season, “I wish! Call up Netflix”. Hopper added to this, saying, “It’s great to see the response from the fans because that’s a telling sign,” Hopper added. “Until I turned up here today, you get an idea that the show’s doing well with a bit of online chat, and people call you up and say, ‘watch the show, man, it’s great. … But it’s great to see the response from the people and see how excited they are about it.”

For those who are unaware of the show, ‘The Umbrella Academy’ is based on the comics series of the same name from Dark Horse, the same house that gave us ‘Hellboy‘. The story follows a group of siblings, who were adopted and are forced to reunite in the wake of the demise of their billionaire guardian. The siblings are Luther, Allison, Diego, Klaus, Vanya and Number Five. Together, they use their resources and powers to try and solve the mystery surrounding their father’s death and instead stumble upon an upcoming apocalyptic threat that will soon descend upon them and threaten all of humanity. The original comics have gone through a series of hiatuses since the series made its debut in 2007 but it appears as though both versions of the story are working in harmony now. Gerard Way, the co-creator of the original comic highlighted why this became possible, saying, “What I did for Steve Blackman (the showrunner) and the writers in that first writers’ room was to create an eighteen-page document that laid everything out. Even of the graphic novels that haven’t come out yet. Which should equal eight when we’re all done. So I gave them the blueprint for what happens because you do want to seed certain things in there for future series and the hope is that it’s a success so that you do a lot more of these. They’re very curious what Gabriel [Ba] and I are doing next. We always send them the new comics. They really want to know what’s happening.”

‘The Umbrella Academy’ Season 1 can be streamed on Netflix now, and Season 2 is expected to arrive sometime in 2020, once shooting begins in May.