When Does ‘Umbrella Academy’ S02 Come Out? 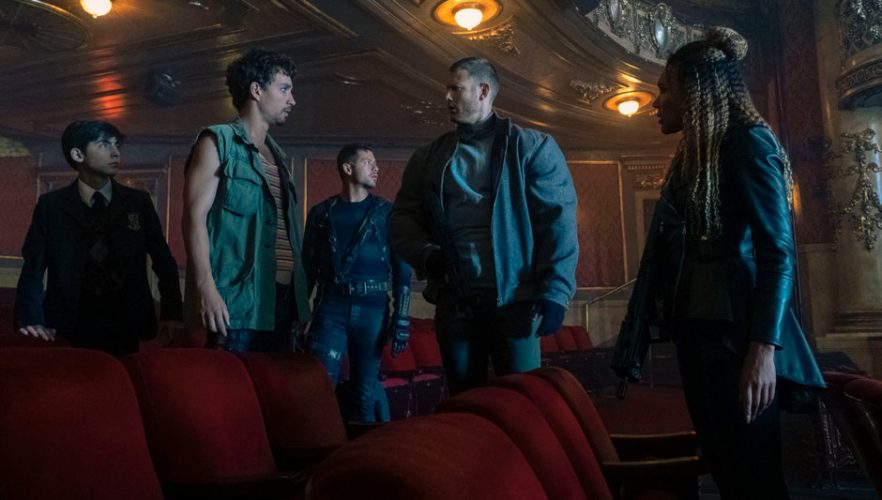 ‘Umbrella Academy’ is a superhero dramedy, that chronicles the peculiar lives of seven adopted sibling superheroes, together known as The Umbrella Academy. After their father’s sudden demise, all of them reunite for his funeral but soon realize that there is more to his death than meets the eye. So, they begin investigating the actual cause while also finding ways to stop an apocalypse that is lurking in the background.

The Netflix original is based on the eponymous comic books series, written by Gerard Way and illustrated by Gabriel Bá. It has been developed by Steve Blackman and Jeremy Slater. The first season premiered in February, 2019. It opened to a terrific response from the audiences as well as the critics. On Rotten Tomatoes, the series is certified fresh at 75%. Because of its immense popularity, the science fiction show ranked three on Netflix’s list of the most popular shows of 2019.

After the immense success of the first season, Netflix announced the renewal on April 2, 2019. The show wrapped up the filming for season 2 on November 25, 2019. Since season 1 released seven months after wrapping up its production, you can expect ‘Umbrella Academy’ season 2 to release in May 2020 on Netflix. It is expected to consist of 10 episodes of 55-60 minutes each.

Umbrella Academy Season 2 Cast: Who can be in it?

As for Ashley Madekwe, Colm Feore, Jordan Claire Robbins, Adam Godley and Ken Hall, the actors’ characters will probably return via flashbacks. All the other actors (except for John Magaro) will reprise their role in season 2. The new additions in season 2 are Ritu Arya as Lila, Yusuf Gatewood as Raymond and Marin Ireland as Sissy.

Umbrella Academy Season 2 Plot: What can it be about?

In 1989, a billionaire industrialist Reginald Hargreeves adopts seven ordinary children, who are born under extraordinary circumstances – Their biological mothers give birth at the same time, without any of them being pregnant before the labor pain. Reginald calls them by numbers and under the tag -‘The Umbrella Academy.’ The kids’ mother/nanny who is actually a robot, names them accordingly.

All the kids receive training to fight the evil when the day arrives, except for Vanya, who is kept away because of her lack of powers. After Ben’s unfortunate death, the team breaks. Cut to present-day. Each one of them is dispersed around the world. They are summoned by their caretaker Pogo, who informs them about their father’s death.

After six of them reluctantly assemble, things start going south. The team learn that their father actually died under mysterious circumstances and they start investigating into the matter. Meanwhile, Five informs Vanya that the world is going to be hit by an Apocalypse in eight days. With deadly assassins behind them, the team makes a startling discovery that Vanya actually has immense powers but there are side effects that can destroy the world. At the end of season one, with Ben’s help, Number Five transports the team to their childhood selves to hopefully set Vanya in the right direction and prevent the apocalypse.

In season 2, we are likely to see more of Ben, who communicates via Klaus’ powers. There is a chance that the team might actually ask Five to go forward with JFK’s assassination, in order to set the timeline right and prevent the apocalypse. As for Vanya, her siblings will help her to take control over her powers rather than vice versa. We might also get to know about the mystery behind Ben’s tragic death.

As we wait on an official trailer for ‘Umbrella Academy’ season 2, check out the trailer for season 1!