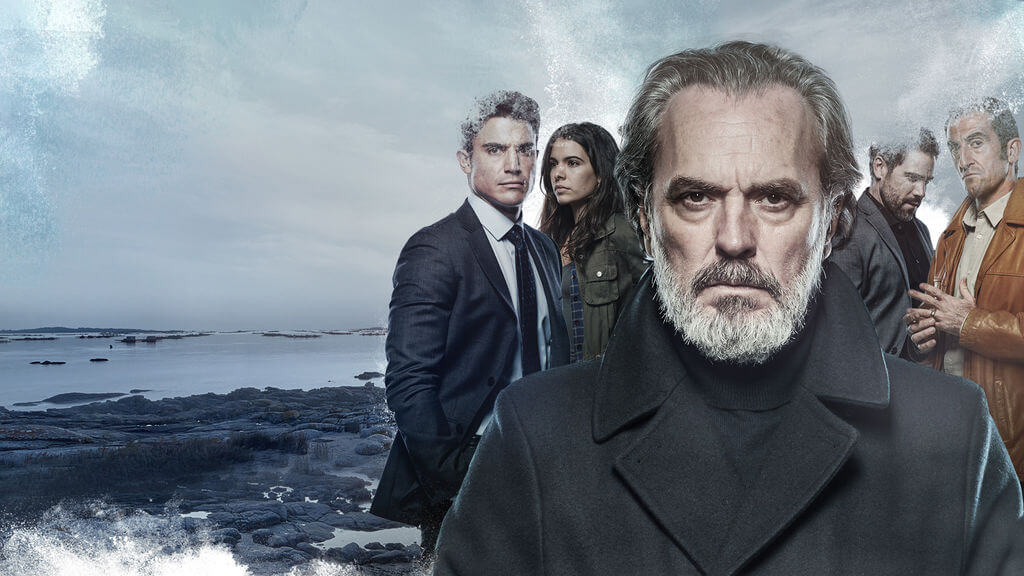 The beginning of 2019 was probably one of the most favourable times for Netflix – on the one hand, it had continuations of already well-established shows, including the third season of A Series of Unfortunate Events and possibly the last set of episodes for Unbreakable Kimmy Schmid, it was had a fruitful run on the non-scripted side of the TV show spectrum. For one, Trigger Warning which was heralded as the best thing to come out of reality TV in years. While classics like Pulp Fiction were added to the library the same month, it also saw a couple of original offerings from Netflix, the best specimen of which is set out to be the much-hyped Carmen Sandiego adaptation with a new and unique Samurai Jack-esque art style.

However, it was the foreign production redistributions of potentially great shows like Justice and When Heroes Fly that succeeded in leaving a mark on the audience. Unauthorized Living or “Vivir sin permiso”, the latest international TV show to cause an uproar on the streaming giant is a Spanish crime drama that highlights a power struggle that ensues when the leader of a drug cartel falls prey to Alzheimer’s disease and announces his retirement.

Set in the small town of Oeste and filmed in a Vilgarcia de Arousa, a Spanish locality prone to drug-trafficking, Unauthorized Living is based on a concept by author Manuel Rivas. The series premiered on Telecinco in September 2018, after which it was acquired by Netflix and aired on February 8, 2019. Word has it that the series has been renewed for a second season. Read ahead to find what it is all about.

Unauthorized Living Cast: Who is in it?

The small town setup would have you believe it was a show done and dusted in a reasonably slim budget, but the production companies did not hold back when it comes to casting. Of course, the cast is not A-list material if one looks at mainstream Hollywood fame, but it is no grouping of small fries either. The cast mainly comprises of Spanish actors which includes Jose Coronado at the centre playing the fictional Nemo Bandeira, the cartel leader famous for his notoriety who is diagnosed with Alzheimer’s and reveals his intentions to retire. Spanish TV enthusiasts will know Coronado from EI Principe and Acusados.

We have Alex Gonzales playing Mario Mendoza, godson to Nemo who despite his desire to rule the cartel is held back for not being related to the drug lord by blood. He becomes involves with Nemo’s daughter to further his case. Claudia Traisic appears in the role of Nemo’s other child, Lara Balares, whose flaw is that she is born out-of-wedlock. Nina portrayed by Giulia Charm, daughter of Nemo, is another potential successor.

For the upcoming season, we know for certain that the main cast and other crucial actors including Coronado, Gonzalez, Pilar Castro, Carlos Hipolito, Ricardo Gomez, Claudia, Traisac, Unax Ugalde, Charm, Alex Monner, and Luis Zahera would return to their respective roles.

Unauthorized Living Plot: What is it about?

Unauthorized Living is an epic crime drama that is set against the backdrop of northwestern Spain in Galicia, a secluded community with links to a long-standing drug smuggling business. The premise of the story draws heavily from the history of Galicia whose backward economy back in the 50s led its people to take matters into their hands, who in order to create employment opportunities, began smuggling tobacco and cocaine, and by the end of the 80s, were the primary distributors of drugs across Europe.

Unauthorizing Living revolves around the drug kingpin Nemo Bandeira who runs a criminal underground business under the guise of a respectable businessman. An unfortunate confrontation with Alzheimer’s leaves him no choice but to relinquish control and appoint an heir to continue his legacy. It includes Carlos, Mario (his godson and attorney), Lara (his daughter out-of-wedlock) and Nina (his other daughter who becomes engaged with Mario) as potential successors. Meanwhile, there is his rival Tigre who is out to steal his empire with his deadly tactics.

Unauthorized Living has been applauded by the audience for the most part, but this is not a universal sentiment, as much criticism has been cast on the show for having a promising premise and coming off into a lacklustre execution.

Unauthorized Living Season 2 Release Date: When will it premiere?

Unauthorized Living Season 1 premiered On February 8, 2019 on Netflix. As far as the next season goes, fans of the show can rejoice since Unauthorized Living has been renewed. The news was confirmed even before the series had premiered in Spain. It was watched by over 2.7 million viewers around the world.

However, reports also pointed out that season 2 has been reduced to 10 episodes from the 13 episodes in its debut season. Word has it that filming began in June 2018 and so, the series is likely to release in 2019 in Spain. In the US,  Unauthorized Living season 2 will most likely arrive in Q4 2019 on Netflix. However, this is only speculation, and the release date of season 2 is not finalized yet. We will update this section as soon as we hear more.

If you have been looking to dig into the show for the first time, a great head start would be the official trailer for the original first season, which you can find here. For those of you who are looking to binge-watch the entire series, it is available on Netflix.