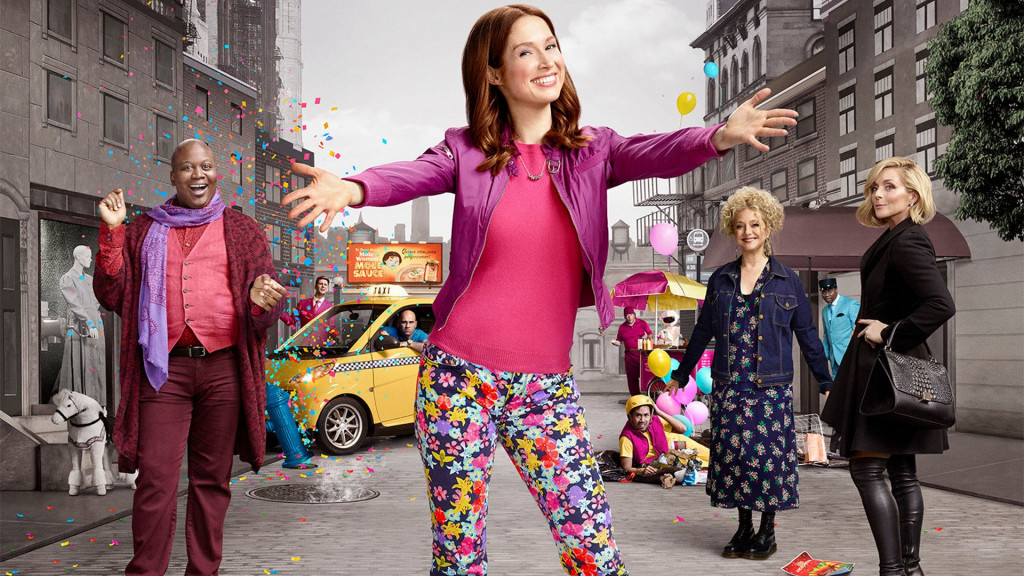 Unbreakable Kimmy Schmidt is a web television starring Ellie Kemper, Jane Krakowski, Tituss Burgess, and Carol Kane. Created by Tina Fey and Robert Carlock, the first season of the series was released on 6th March 2015. The show is produced by Jerry Kupfer, Dara Schnapper, and Sam Means and distributed by NBCUniversal Television Distribution and Netflix.

The show follows Kimmy Schmidt (Kemper) who needs saving from a cult in the town of Durnsville, Indiana. She had been held captive in a bunker underground with three more women for fifteen years by a Reverend Richard Wayne Gary Wayne (played by Jon Hamm). The show has become immensely popular among the audience and received four nominations for Outstanding Comedy Series and a total of 18 Primetime Emmy Awards.

Unbreakable Kimmy Schmidt Plot: What is it about?

In season 4, Kimmy starts working at Giztoob, the tech company started by a former classmate at Columbia. Jacqueline, on the other hand, is representing Titus as his agent.

Titus refuses to perform sexual acts on a puppet to land a role on Sesame Street, and gets a job as director of a school play instead. In an attempt to impress Mikey, he pretends to write and star in a superhero television show called “The Capist,” starring Greg Kinnear. Meanwhile, after her boyfriend’s death, Lillian is put in charge of his adult children’s trust.

In the fourth season, we also see a new side of Kimmy — as a children’s author. Outraged and inspired by men’s rights activists, Kimmy writes a children’s book that empowers girls and encourages boys to be kind and eventually find success doing that.

Unbreakable Kimmy Schmidt Season 4 Release Date: When will it premiere?

Fans were assuming that the 13th episode of the last season (aired May 2018) would be the last one, but then second part of Unbreakable Kimmy Schmidt season 4 premiered on 25th January 2019.

Carlock said “When we split up this fourth season into kind of a fourth and a fifth — just in the boring, most practical way, you could think of them as two short seasons — one wouldn’t be coming out until 2019, so it just felt like the right time to pull up stakes since we were kind of pushing ourselves into next year.”

You can watch the trailer for season 4 below.