Will There be an Unbreakable Kimmy Schmidt Season 5? 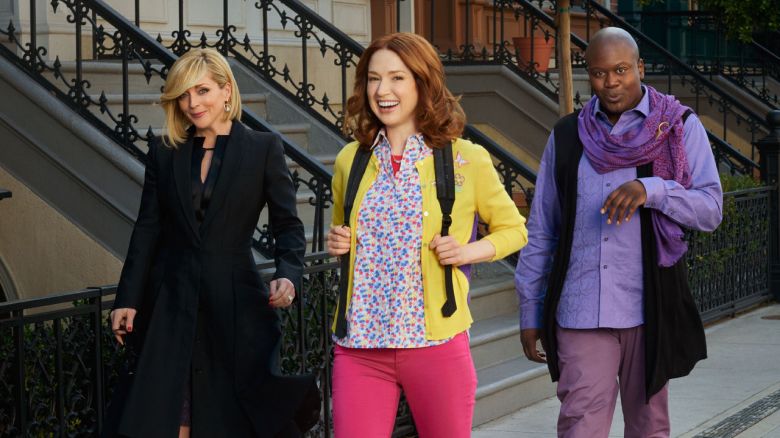 ‘Unbreakable Kimmy Schmidt’ is a web television series created by Tina Fey and Robert Carlock. The first season of the comedy-drama was released on Netflix on March 6, 2015. The story revolves around the titular character, Kimmy, who needs saving from a cult in the town of Durnsville, Indiana. She had been held captive in an underground bunker with three more women for 15 years by the Reverend Richard Wayne Gary Wayne. The show became an instant hit after its release, garnering 18 Primetime Emmy Award nominations.

In the first season, Kimmy plans to start a new life in New York after being held captive for 15 years. She meets a landlady named Lillian Kaushtupper who offers her a room with Titus Andromedon. She comes across a woman named Jacqueline Voorhees and later on, she gets hired as a nanny by Jacqueline for her 10-year-old son. Kimmy’s life takes a drastic turn when she falls for a Vietnamese man named Dong, who is from her G.E.D. class. Dong, after hearing about Kimmy’s plight, goes to file a case against the Reverend. He makes her realize that the world has changed in these 15 years.

Meanwhile, Kimmy gets bored of working as a nanny at Jacqueline’s place and acquires a job at a Christmas store and later on as an Uber driver. She breaks up with Dong who gets married to another G.E.D. student. Jacqueline plans to travel back to her native American hometown and fight for her claim over Redskins, which is owned by her boyfriend’s father. Meanwhile, Kimmy gets a call from the Reverend who wants to get a divorce. In the 4th season, Kimmy gets employed in a tech company called Giztoob. She even starts taking an interest in activism and pens a children’s book that empowers girls and encourages boys to be kind. Toward the finale of the fourth season, Kimmy grows into a successful author.

With the story arc of the main character having beautifully wrapped up in its previous four seasons, the question that strikes next is: Will there be an ‘Unbreakable Kimmy Schmidt’ Season 5? Let’s find out.

‘Unbreakable Kimmy Schmidt’ season 4 premiered with its first half of six episodes on May 30, 2018, on Netflix. It released its second part, again of six episodes, on January 25, 2019. Although fans were assuming that the sixth episode of season 4A (aired May 2018) would be the last one, the creators surprised viewers by releasing another set of six episodes.

Now, as far as a renewal is concerned, you might have guessed by now that the series won’t be making a comeback. ‘Unbreakable Kimmy Schmidt’ season 5 stands officially canceled. However, let’s not lose hope yet.

On May 8, 2019, it was announced that the series will return with an interactive special. The single episode is slated to premiere on May 12, 2020. The story will follow Kimmy as she gets married and takes on her kidnapper, doomsday cult leader Rev. Dr. Richard Wayne.

Unbreakable Kimmy Schmidt Cast: Who is in it?

Check out a brief sneak peek for the interactive special below: