When Will Uncensored Season 3 Premiere? 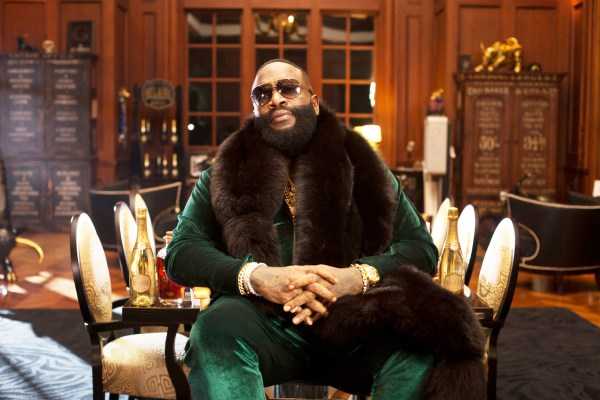 OneTV’s exclusive original ‘Uncensored’ is a breath of fresh air when it comes to celeb-centric reality shows. It is a coverage of celebrity lives done right — minus the frills. The name lives up to its connotations – ‘Uncensored’ does not mince its words and keeps its integrity while exploring the dynamic lives of high-profile artists, actors, actresses, and public figures who often make tabloid and page three headlines. Season 1 of the show premiered on February 18, 2018, and was followed by its second season in October 2018. You can find out everything about ‘Uncensored’ season 3 ahead.

In March 2020, it was announced that the show has been renewed for a third outing. Eventually, TV One confirmed that the third season would premiere on April 26, 2020. However, due to the 2020 Corona Pandemic, its launch was delayed. Now, we finally have the actual release date. ‘Uncensored’ season 3 will release on Sunday, September 6, 2020, at 10 pm ET/9 pm CT.

As an episodic interview on one celebrity star’s life covered apiece, the episodes of the first and the second season do not have an ensemble cast, with switches between the narrator too in certain episodes. The actual cast is, therefore, the central stars themselves, and this season will be no different. Planned out to be a similarly sized and structured season, ‘Uncensored’ features the most famous personalities of date and gives a glimpse into their daily lives.

Season 3 is set to include celebs like Larenz Tate, Tyrese, Eve, Yandy Smith-Harris, Omari Hardwick, Jenifer Lewis, and Debbie Allen, among others.

What Can Uncensored Season 3 Be About?

When it premiered on February 18, 2018, ‘Uncensored’ immediately established itself as a massive success. It had grossed more than 3.5 million unique viewers in the first season, while at the same time landing itself among the ranks of the top 5 shows telecasted on an ad-supported platform on the premiere night itself with the TiIffanny Haddish feature. The show has remained a go-to primetime staple for fans across the world, especially for the African-American community in the US, and the second season for this was no exception.

‘Uncensored’ sheds some alternative light into the lives of today’s top celebrities, reeling them in through candid personal interviews, where they unabashedly disclose the ups and downs of their career, the obstacles they had faced, the struggles they went through, and their eventual rise to fame. Celebrities themselves sketching their lives with such personal details already sell the show for fans, but it does not end there.

‘Uncensored’ has had the tremendous star power – e.g. Snoop Dogg, NeNeLeakes, Le’Andria Johnson, Rick Ross, and Tamar Braxton, but it also has its tint of social commentary to go with it. The celebrities themselves recount and discuss social issues like drugs, violence, and sexual harassment from their personal experience with the ugly underbelly of Hollywood.

In season 2, ‘Uncensored’ brought in a new set of celebrities and the exciting and unprecedented glimpses into antics and anecdotes from their lives. From actress, comedian, and singer Trichia Arnold’s humble beginnings and her rags to riches graph, the rapping career, life and times of Nick Cannon, to the artistic influences that K. Michelle had ‘Uncensored’ season 2 came prepared to top the TRP charts. The season went on to cover actress, director, and producer Tasha Smith as she discusses the pivotal moments in her life that proved to be life-changing and led her from her erstwhile profession of stand-up comedy to what she is today.

Season 3 will continue to delve into the lives of “luminaries as they reveal secrets to their success, obstacles they faced, and how they’ve navigated the perils of social media that helped but sometimes haunted their careers. Viewers will get a glimpse into the lives of celebrities as they reveal their own stories, in their own words” — as per TV One’s official synopsis.

You can check out the official preview from season 3 right here.