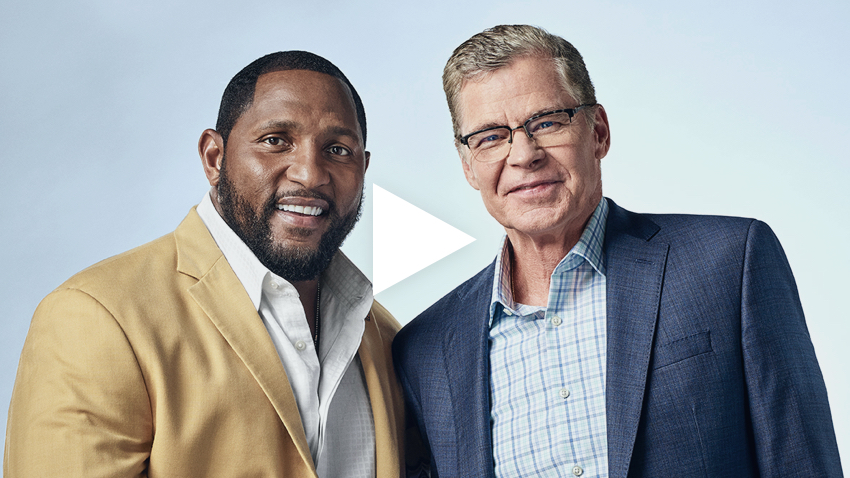 Undeniable with Dan Patrick is a one-on-one conversational show that offers audiences an insight into their beloved sportsmen that they have grown to rever and admire. The series was conceived with Joe Buck as its host initially and ran for five seasons under the title “Undeniable with Joe Buck.” It wasn’t until Dan Patrick took over the responsibilities of the host and returned for the sixth season on January 30, 2019, on AT&T and DirectTV, that the title was changed to reflect its current host.

With each episode, we witness an interview with notable athletes and coaches as they recount their experiences and share personal stories of their ascent to success. Throughout the duration of the episode, an audience remains on the set with Dan Patrick watching him create a friendly atmosphere and indulge in genuinely interesting conversations with these legends discussing their past, present and the direction their careers are bound to take in future. We get a deeper look at their lives, learn about the peak moments of their careers and hear of the struggles they may have faced in between.

Undeniable with Dan Patrick Cast: Who’s in it?

Daniel Patrick Pugh, more commonly known as Dan Patrick, serves as the host of the show. Hailing from Mason, Ohio, he is formally famous for being a sportscaster, radio personality, and actor. He has shared hosting responsibilities during NBC’s Football Night in the past and served as a senior writer for Sports Illustrated. He worked for 18 years at ESPN and has anchored several editions of Sports Center.

The talk show also features some of the most legendary athletes and coaches in every episode as they share their life stories and experiences with the audience. So far, we have seen Ray Lewis, Rod Woodson, Carl Lewis, Cheryl Miller, Jim Palmer, Oscar De La Hoya, Greg Norman, George Brett, Freddy  Roach, and Tony Stewart.

Undeniable with Dan Patrick Plot: What is it about?

The show takes an up, close and personal look at the entire lives of rather exceptional athletes as we know them and dives into their memories to share with the world how glorious their journeys have been. Despite what is custom with most other talk shows, Undeniable With Dan Patrick doesn’t aim to dig into its guest’s past to give birth to controversies and scandals; it simply showcases their lives and struggles as it is and throws light on the highs and lows of their careers. The show has been running successfully for six seasons for its simple and honest approach of interviewing. Dan Patrick, who is one of the most respected and trusted sports hosts, sits across from them and seeks to answer what inspires them and keeps them motivated even when the times are tough.

Patrick is an amazing host and knows exactly how to coax out the stories from his, guests especially when it comes to sports. Having been part of the sports industry for a major part of his life makes him a fitting host of the Undeniable series. The show is unfiltered and earnest, and Patrick is quick with his words. He is sincere, witty and full of great comebacks; it comes as no surprise that he is an award-winning journalist. The series takes you on a journey that is comedy, emotions, and inspiration all packaged into one awesome deal. The in-depth interviews leave the audience feeling like they now know and understand their icons a lot better. Patrick is not afraid of asking tough questions; he is not unaware of the politics that are involved in sports and doesn’t hold back from asking questions that might make them uncomfortable.

While speaking about being Roy’s successor in an interview, Patrick said, “Roy was somebody I always admired, still admired, with his ability to ask tough questions. But he also did his homework. So he was one of the true pioneers of it, to bring out something that you probably haven’t heard (about interview subjects). That’s something I’ve always been fascinated with. To have them sit down in a format where they know we’re kind of in it for the long haul. Hopefully, it’s the definable interview post-career for these people.” Joe Buck gave his blessings as he stepped away from the show. He said, “As I step away after five seasons and 50 episodes, I could not be more proud of the show we created with ‘Undeniable, It is even more than Peter and Vince, and I talked about years ago when we first got together.”

Undeniable with Dan Patrick Season 7 Release Date: When will it premiere?

Undeniable with Dan Patrick season 6 premiered on January 30, 2019. There have been no official announcements for the seventh season, but it is safe to assume that Dan will have many more seasons to go as he has just started his journey with this show. Our best guess is that if the show does get renewed, Undeniable with Dan Patrick season 7 can release sometime in January, 2020. We will update this section as soon as we hear more.

While we wait for an update on season 7, check out the this trailer to refresh your memories. If you haven’t seen the show yet head over to AT&T to catch all the episodes of the previous seasons