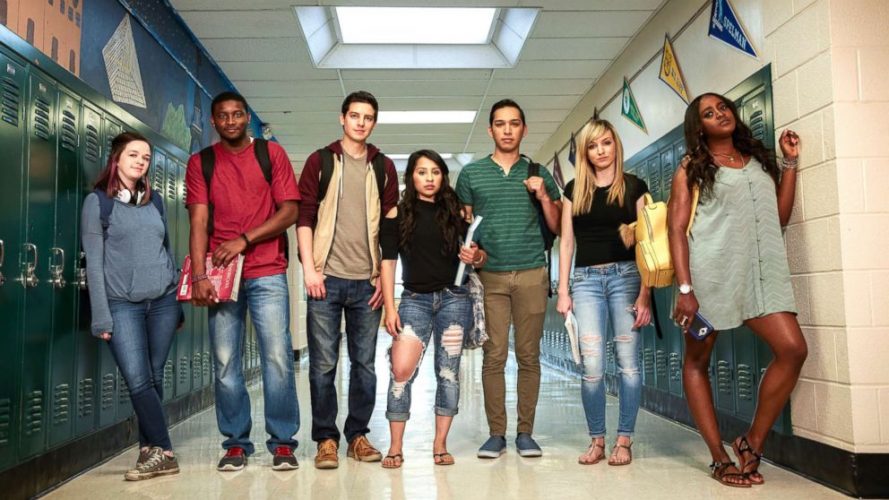 Undercover high is a high school documentary series that features young people in their twenties in the guise of students embarking on a semester-long tenure at Kansas’ High School. The series is created by Jason Bolicki and features Shane Feldman and Lisa Gilroy. Undercover High is a prank show that involves young people posing as students and playing pranks on high school children. These pranksters attend classes, enroll in clubs, and play football, along with the students and play pranks that are crazy, witty and funny.

The show was nominated in the Canadian Screen Award for Best Youth series. Undercover High made its entry into television on January 9, 2018, on A&E. The high school team is joined by few actors to play pranks on the children. The series is supposed to be an entertainer and gives a fresh breath of air to the monotonous high school regimen. The comedy show explores all aspects of high school and presents them in a laughable way to the viewers. The show is produced by Carly Duncan, Jordan Roberts, Casey Furche, Marla Roberts, and Evan Self.

Undercover High features Shane Feldman as Himself, Lisa Gilroy as herself, Christopher Fowley as Chippy,  Alicia Douglas as herself, Kristian Reimer as Trainer, Eitan Shalmon, Kyle Hickey, Paige Locke, and Gene Abella among others.

Undercover High Season 2 Plot: What is it about?

Undercover High is a documentary-drama series that features seven young people in their early twenties who get enrolled in a high school in Kansas to play pranks on the actual students there. The young people are joined by a few actors who help them pull off some of the craziest and funniest pranks. Just when the students feel their high school is turning out to be a boring, monotonous one with only books, reading, and exams, these pranksters help them enjoy their school life in a style never before seen. The first episode saw the Highland Park High School in Topeka, Kansas induct seven young people in the school and they earn unlimited access to the issues that the current high schoolers face today.

The show also addresses the obsession and the addiction that today’s generation have on the social media platforms and their mental stress to stay active and attractive on these sites. The young people in the disguise of students also try to understand the different communities present in the school and their racial difference. For the adults, posing as students is not always an easy thing to do, they struggle to get a connection with the schools and bond with the students.

In one of the episodes, gunshots take the life of alumni, that terribly disturbs the integrity and the mental welfare of the students. It takes almost two months for the undercover adults to mingle well with the students. They find out how some students are bullied and taunted by others and try to help them. They also try to address key issues like teenage pregnancy, and sex education and try to create an awareness among the younger generation. They also try to decipher the reason behind the poor academic performance of some of the students and reveal that those students are affected by poverty and domestic issues.

Undercover High Season 2 Release Date: When will it premiere?

There is no confirmation yet on whether or not the show will be renewed for a second season. Until we have a specific air date, there is not much to speculate. Stay tuned!

The trailer of the show can be viewed below