When Will Undercover Law Season 2 Premiere on Netflix? 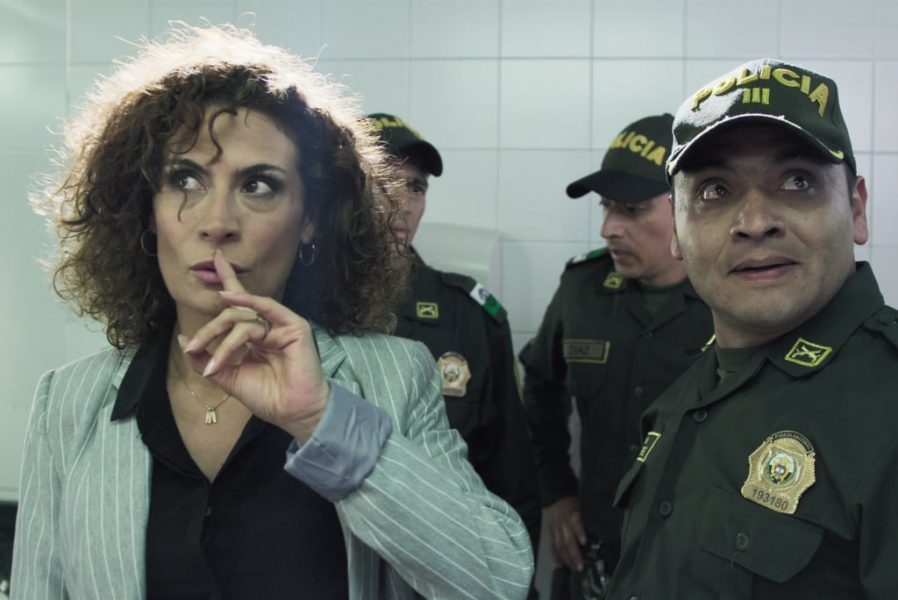 Since making its first original series with House of Cards, the OTT platform Netflix has infiltrated the world of Originals through its engaging storylines and brave storytelling. Undercover Law, originally named ‘La Ley Secreta’ in Spanish, is another one of its attempts to capture the market outside the USA in terms of Originals. Undercover Law is a Colombian drama produced by Caracol Television. The television series talks about different drug cartels in Columbia and the police operations involved in dealing with them. The Colombian trio of directors Andres Beltran, Carlos Mario Urrea, and Mateo Stivelberg have directed the series.

The production of Undercover Law season 1 started on October 30, 2017. The show has been made in 4k Ulta High Definition Television. It first became available to the global audience in August 2018. It was a massive hit in its home country and received excellent reviews. It has 60 episodes in its first season. Undercover Law debuted on Netflix in Spanish with closed captions. With the conclusion of season 1, the question that arises now is: will there be a Underworld Law season 2? We will delve into that question, but first let’s quickly look into the details of the series.

Undercover Law Cast: Who is in it?

Ever since its inception, Netflix has focused on casting the right actors for different roles and seldom disappoints with the star cast. The same is the case with Undercover Law. The series has an ensemble cast with names such as Vina Machado, the famous Colombian model, and actress who has spent almost two and a half-decade in the modelling world. Vina is seen playing one of the leading roles.

Tommy Vasquez, a Colombian actor who earned his name through movies such as Some Place New and Harvest of Redemption, is in one of the significant roles. Tommy Vasquez has done a string of TV shows which have made him a household name in the country. Juan Manuel Mendoza, the Colombian actor, who made his name by playing a significant role in the telenovela, A Corazon Abierto, the Colombian Adaptation of Grey’s Anatomy, plays another substantial part in the series.

Other than these stars, Luna Baxter, Juana del Río, Valeria Galvez and Luis Mesa complete the roster of actors with significant roles.

Whenever season 2 is renewed, most of the cast members are expected to return and reprise their original characters.

Undercover Law Plot: What is it about?

As famous is Columbia for its Football team, it is also infamous for the various drug cartels that operate throughout the country. Pablo Escobar made the country a haven for drug smuggling and drug cartels, something that was also further bolstered by Cali Cartel. Ever since these events, the world has been fascinated by the lives of these drug lords and the police operations against them. The stories of these drug cartels and drug lords have been showcased many times on television, and these storylines always manage to capture the imagination of the worldwide audience. Having registered a stupendous success with Narcos, Undercover Law might have seemed like a step in the right direction.

As you may have figured out by now, Undercover Law is yet another series that shines a light on these rampant drug cartels, but the approach is different. Inspired by real stories and facts, the series takes us to the lives of a group of women who form a special police force and work as undercover agents in various drug cartels. The series is a compelling mixture of thriller and drama with the making style of a Latin telenovela. These women of special police forces are placed in various narco groups, in order to bring in the required intel.

The series presents the lives of these women who often face tough and compromising situations and are forced to make several hard decisions to gather vital info from this underworld they are a part of now. They are often forced to sacrifice their morals and ethics to pick the correct data, which gives the series a gripping storyline. The lives of these different women, that follow different plotlines, are finally connected through a few blurred edges. The series, shot in full 4k, captures the natural beauty of Columbia having been filmed in the various dense jungles of the country, stressing on the scenic beauty of the landscape.

Undercover Law Season 2 Release Date: When will it premiere?

As far as its next season is concerned, Netflix has made no confirmation regarding the renewal or cancellation of the show. The series, which is big on girl power, has won the hearts of many and could go on for a long time. However, the fact that it wasn’t received as favorably globally as it was in Spain may pose a reason for Undercover Law being discontinued after season 1.

If it does get renewed though, Undercover Law season 2 can be expected to release sometime in mid-2020. We will be keeping our eyes open for news on the upcoming season and update this section as we hear more. Till then, stay tuned!

If you haven’t watched the first season yet, you can watch the trailer here.