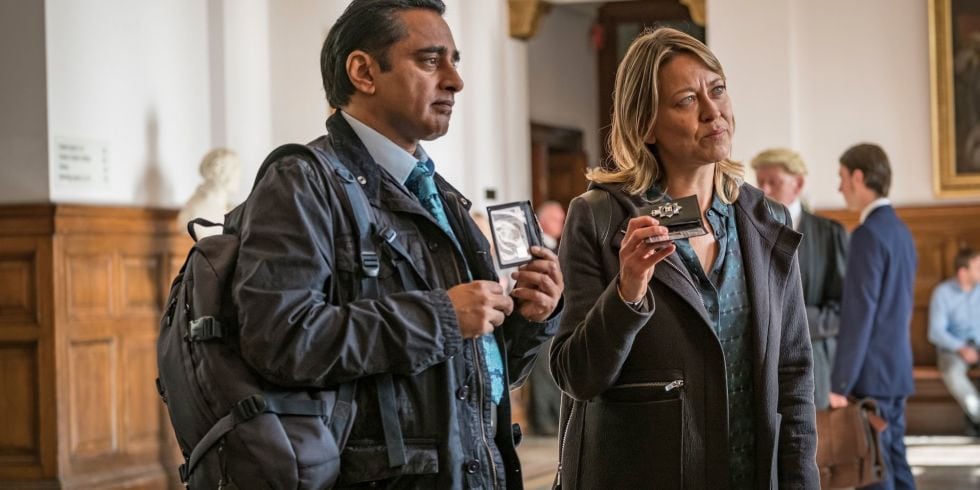 ‘Unforgotten’ is a British crime drama series that airs on ITV in the UK and PBS in the US. The series first premiered on 2015 in the UK and 2018 in the US. It has been created and written by Chris Lang and has Andy Wilson as the director.

The show is about two detectives in London who work together to solve cold cases that involve disappearances and murders. For those unaware, cold cases are crimes that took place a long time back and have since then not turned up any leads. While they remain open for investigation, law enforcement officials rarely have any hope of solving cold cases. Each season of the show not only looks at the crime but also the emotional ramifications of the act on the people who knew the victim. It brings this out by gradually introducing a series of unrelated people who are shown to have some link or the other with the victim.

‘Unforgotten’ has been lauded by critics and viewers alike, thus managing to garner a strong and loyal base of fans.

Unforgotten Cast: Who is in it?

The cast of the ‘Unforgotten’ is led by Nicola Walker as DCI Cassie Stuart and Sanjeev Bhaskar as DI Sunny Khan, the two detectives who have been solving historical murder and disappearance cases. Other cast members of the show keep changing since the seasons do not share common stories.

Season 4, if commissioned, will most likely see Nicole and Sanjeev return to the show.

Unforgotten Plot: What is it about?

‘Unforgotten’ deals with two detectives who take up cases from the past, in the process uncovering secrets and truths that have been buried for years. This explains the title of the show, which simply means that the law enforcement and justice system have not forgotten about the victims and moved on. They have every intention of getting to the bottom of the matter, and our beloved detectives Stuart and Khan do exactly that.

What sets the show apart is the complexity of the plot and the generally gloomy atmosphere that is almost pervasive throughout. The show begins on a dark note almost like a Scandinavian noir. However, as the episodes wear on, we realize that the plot itself is more of a traditional whodunnit. Importantly, the series is not just about entertainment, but it also shows the hard work that the job of a detective is.

Over the seasons, there has not been a single story that was not well constructed. While they are not watertight mysteries, the show’s focus is more on memory. This is why it also deals with those who are dealing with the loss of the victim. We are given a glimpse at the human mind, which either moves on or dwells on a certain incident. Overall, the show tends to work due to the characterizations of the detectives, and the refusal to get bogged down completely with elements of Nordic noir, thus depicting London to a degree of accuracy that a resident might approve of. Most importantly, the show is a sort of step back from our culture of being fascinated with, and even fetishizing killers. Instead, it asks us to empathize with the victims, and it does so by going through the accounts of those related to the victims.

Season 4, if greenlit, will surely see see our dedicated detectives return to solve a case that everyone else seems to have given up on. After all, all it takes to get to the truth is one person who will keep asking questions, and in this case, the truth means justice for a victim of a crime. The show has already set high standards for itself. There is no reason to believe that they will not do exactly that in the new season.

Unforgotten Season 4 Release Date: When will it premiere?

‘Unforgotten’ Season 3 premiered on July 15, 2018. The good news is that ITV has officially renewed the show for Season 4. Lang, show’s creator, expressed excitement at the prospect of the new season, and said, “I am so delighted to have been asked to make a fourth series of Unforgotten. The reaction to series three was better than I could ever have expected (with more people watching the last episode than any other in all three series) and I cannot wait to discover what lies ahead for Cassie and Sunny, and to create a whole new cast of characters for them to grapple with”.

Now that the show has renewed, our best guess is that ‘Unforgotten’ Season 4 can release sometime in September, 2019. We will update this section as soon as we hear more.

While we wait for ‘Unforgotten’ season 4, check out the season 3 trailer to refresh your memories. If you haven’t seen the show yet head over to PBS to catch all the episodes of the previous seasons.