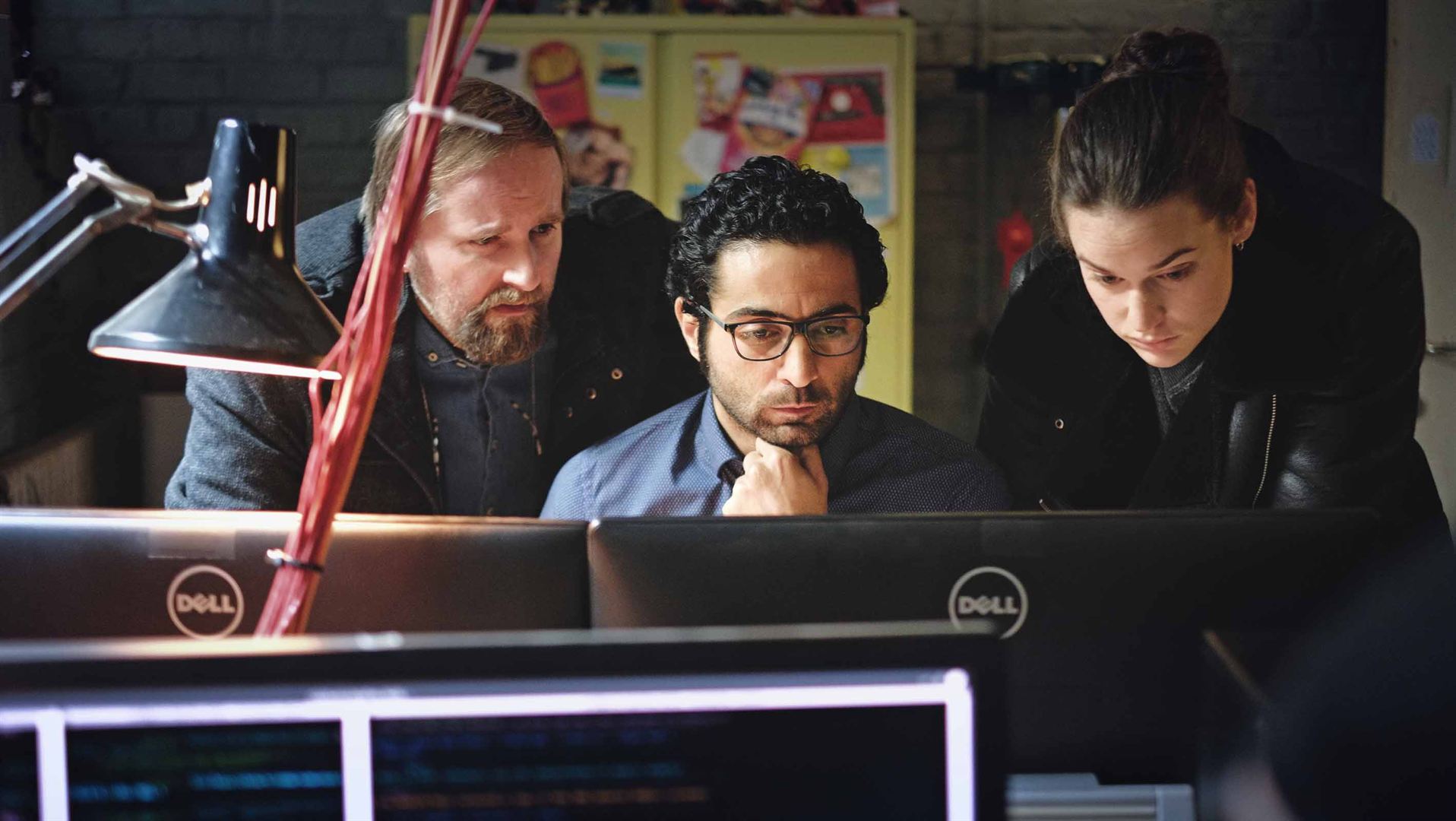 Technology has made everything easy. Unfortunately for us, it has also made the world of criminals easier as well. From cybercrime to online terrorism, the threats are endless. Picking up this subject as the primary theme is the Belgian cop drama, ‘Unité 42’ or ‘UNIT 42’. Written by Julie Bertrand, Annie Carels, and Charlotte Joulia, the 10-episode series debuted in Belgium on November 19, 2017, and in France on January 15, 2018. Produced by Left Field Ventures and RTBF, it was soon picked up by Netflix to make it available for the international audience. Unit Season 1 premiered globally on the online streaming platform on June 14, 2019.

‘Unité 42’ stars Patrick Ridremont and Constance Gay in the lead roles. While Ridremont is a well-recognized Belgian comedian, actor, and director, Gay is a French actress, best known for her role in ‘Gears’. In the series, Ridremont depicts the character of Inspector Sam Leroy who joins the Brussel’s Cyber Crime Unit. In order to help him with the complicated codes, he is aided by Billie Vebber (Gay), a former hacker with her own, personal agenda. Additionally, Tom Audenaert and Roda Fawaz feature in other pivotal roles, namely Bob Franck and Nassim Khaoulani, respectively.

The central plot of ‘Unité 42’ revolves around police officer Sam and hacker Billie who, through their interesting dynamics, bring together field investigations and the virtual world. Sam is a widower and a father of three kids who joins the Brussels’ Cyber Crime Unit, namely Unit 42. Billie helps him in cracking complicated codes that are a part of his daily grind. But it seems she has her own motives and plans.

A complex detective series packed with twists and turns, ‘Unité 42’ brings alive the dangerous world of the Internet, complete with emerging technologies. We all know how crimes are carried out via genius criminals, all behind the shields of their computer screens. And this show attempts to highlight the threats of this scary trend. The police’s Digital Unit department attempts to crack these cases by using a novel approach — combining field investigations with virtual expeditions. And who else can carry out this task better than a cop transferred from the homicide bureau and a determined, intelligent female cop plus IT expert?

One of the cases featured on the show is the murder of a seamstress named Nina, who is discovered dead after being strangled with a rope. Immediate suspicion falls on her boyfriend who was furious after he discovered a photo of his girlfriend with another man. So, is he the killer? Things soon take a complicated turn when another murder happens, following the same modus operandi. Aided by Bob and Nassim, Sam and Billie attempt to find the murderer. However, this is not the end. They need to tackle other similar horrific cases as well.

As Sam and Billie join hands to free their city from crime, they do face some first-time challenges of working with each other. But gradually, they learn to resolve their differences and learn from one another. As the episodes unfold, we see that behind each cyber criminal, there’s yet another important story that unravels — a humane glimpse into the backgrounds of each person carrying out the crimes.

Unité 42 Season 2 Release Date: When will it premiere?

‘Unité 42’ Season 1 released on November 19, 2017. Bathed in cybercrime and revolving around shocking, brutal murders and homicides, this is a true European drama from all angles. And of course, Netflix could not back away from adding it in its catalog, owing to its constant endeavor of focusing more on gritty foreign thrillers.

Now, what about a renewal? Well, devoted fans of crime dramas are in for a treat since we have some good news. RTBF had officially announced that there would be a second season for ‘Unité 42’, way back in December 2017. According to the announcement, a team of six writers is involved in the project. Moreover, the returning cast comprises the four investigators featured in season 1 — Sam Leroy, Billie Vebber, Bob Franck, and Nassim Khaoulani. The episodes are expected to expand more on the personal stories of the protagonists. As per the sources, Unit 42 season 2 is expected to release on RTBF in October, 2019. We expect it to release on Netflix soon afterwards.

While we wait for Unit 42 season 2, check out the season 1 trailer to refresh your memories. If you haven’t seen the show yet head over to Netflix to catch all the episodes of the previous season.