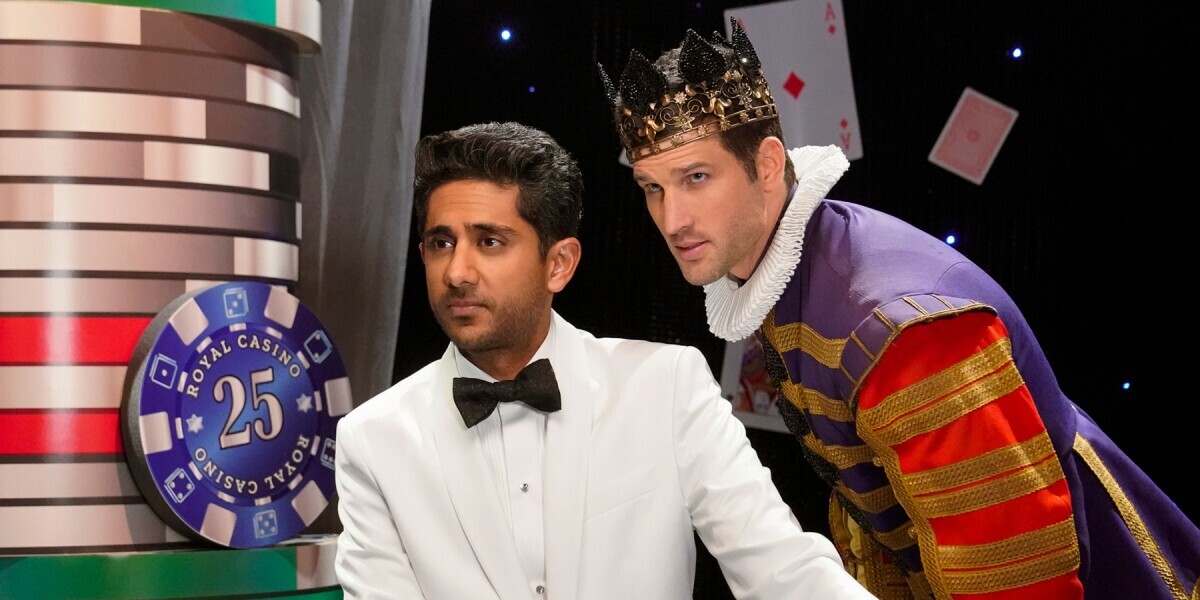 ‘United States of Al’ is a CBS sitcom that centers upon the unique friendship between a Marine combat veteran Riley and the Afghan interpreter, Awalmir AKA Al. While Riley struggles to adjust to civilian life in Ohio, Al moves to the States to start afresh. Through their fun adventures, they help each other move forward in life.

Created by David Goetsch and Maria Ferrari, the series originally released on April 1, 2021. Although the show initially received criticism for casting a non-Afghan actor Adhir Kalyan as Al, it has amassed a decent fanbase. Some critics even expressed their optimism regarding the future of the show, given the likable characters and original premise. So, does that mean that there will be a season 3? Let’s find out!

With regard to the show’s third edition, here is the deal. Neither the show’s creators nor CBS has formally announced a new season. But we have good reason to believe that the series will return to our screens once again. Even without stellar viewership numbers, the show has been a more or less consistent performer for the television network. That means that CBS might consider the comedy series reliable enough to retain the viewers for another round at least, and hence order the third season.

Moreover, production for the season 2 premiere had to be reworked due to the political scenario in Afghanistan in the third quarter of 2021. Despite the revisions made, season 2 began airing in less than four months after the debut installment ended its run. According to sources, the cast and crew of the sitcom will continue filming beyond the second season till late March 2022. Since season 3 has not yet been formally confirmed, it is possible that the team is in the process of shooting special episodes.

As shared in an October 2021 interview by Ferrari and Goetsch, the team likes to shoot the episodes closer to the air date because the writers keep a close watch on the ever-changing socio-political situation in Afghanistan. Goetsch even described the experience of having a short turnaround time as exciting and possibly the best way to share Riley and Al’s story. Therefore, if the series is greenlit for another installment soon, we can expect ‘United States of Al’ season 3 to release sometime in Q2 2022 or later.

United States of Al Season 3 Cast: Who can be in it?

If the series returns with a third round, we can expect most of the key cast members to reprise their roles. This means that Adhir Kalyan and Parker Young might appear as Awalmir Karimi AKA Al and Riley Dugan once again. Elizabeth Alderfer (Lizzie Dugan), Kelli Goss (Vanessa), Dean Norris (Art Dugan), and Farrah Mackenzie (Hazel Dugan) also feature in pivotal roles.

The actors who portray recurring characters are Brian Thomas Smith (Freddy), Rachel Bay Jones (Lois), Azita Ghanizada (Ariana), Amanda Payton (Holly), and John Ross Bowie (Professor Brett Williams). So, if recommissioned, we are likely to see most of them once again. In addition, expect to see some fresh faces.

United States of Al Season 3 Plot: What can it be About?

The second season shines a light on Al’s mental health. Riley, Art and Lizzie encourage him to seek professional help after he begins experiencing panic attacks. On the other hand, Al’s romantic life becomes quite eventful as he starts dating Ariana. As for Riley, his new relationship causes some friction between him and Vanessa, who also go on to have different opinions on parenting Hazel. To add to that, Riley becomes conscious of the fact that he lost time with their daughter when he was deployed. While Art faces some challenges in his relationship with Lois, Lizzie and Al’s professor Brett take their romance to the next level and grow closer.

If there is a season 3, we will see how the members of the Dugan family navigate their respective romantic lives. As for Al, things have changed quite dramatically since the time he got to Ohio. So, what lies ahead for him personally and professionally is likely to be explored in the potential season 3.

Read More: Is United States of Al a True Story?